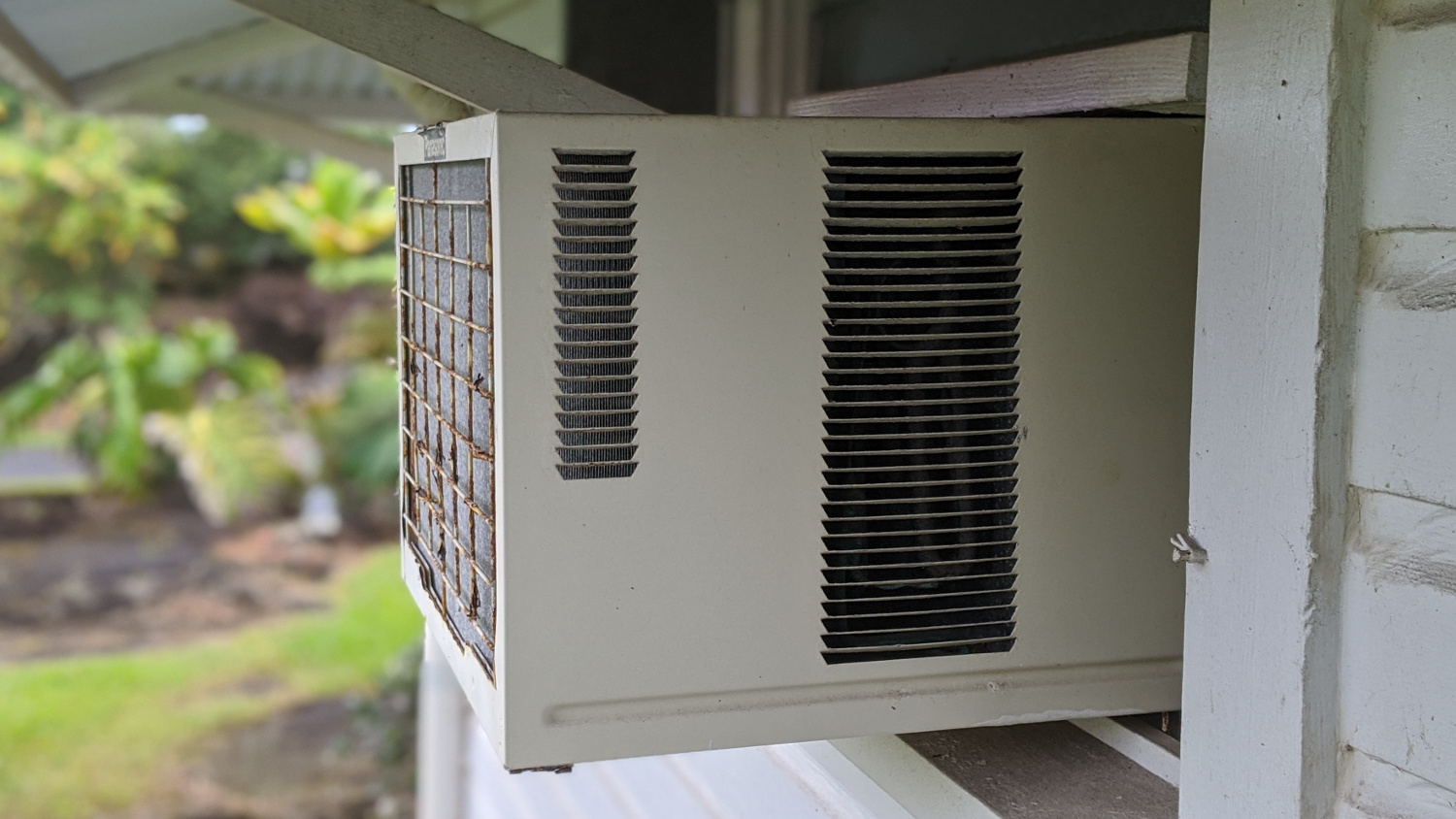 image of an aged, window-mounted air conditioner in Hilo

HAWAIʻI - The Hawaiʻi County Council will consider amending the construction code at an upcoming meeting, following a social media stir over the permit requirement.

(BIVN) – The County of Hawaiʻi may decide to allow portable and window-mounted air conditioners in residential buildings without a permit, after all.

On July 7, the Hawaiʻi County Department of Public Works shared a news release, reminding residents that installing an air conditioner in a home or business requires a building permit. That includes new air conditioning units purchased at a store, or existing systems that were previously installed without a permit.

The news release from the County said permit fees could vary from $10 upward of $200 for a $25,000 installation, and fines for non-compliance could result in up to $1,000 per day that the violation persists.

The statement from the County ignited a discussion on social media, and today the office of Hilo councilmember Sue Lee Loy issued this news release on a construction code bill amendment:

Forthcoming amendments to a bill providing the framework for Hawai‘i County’s construction code will clarify that portable and window-mounted air conditioners in residential buildings will be exempt from the requirement to get a permit. Bill No. 179 will be heard on first reading before the County Council on July 22.

The amendment is being developed in collaboration with the Building Division of the Department of Public Works and will be introduced by Council Member Sue Lee Loy. The amendment will make clear that such permit requirements apply only to permanent air-conditioned systems, more commonly known as central or split air-conditioner systems.

A social media post on July 7 stating that the Building Division requires building permits for all air conditioning systems, including plug-in window-mounted and portable units, and penalties of up to $1,000 per day, caused significant alarm but also provided a timely opportunity for correction. The Building Division explains this has been in place since the 2009 implementation of the 2006 International Energy Conservation Code. Furthermore, the permit process allows the Building Division the opportunity to evaluate the impact of larger concerns related to obstructions of emergency egress.

According to the office of Councilmember Lee Loy, the amendment does the following:

Lee Loy says she and the Building Division “appreciate the public input and look forward to approval of Bill No. 179, with amendments, to streamline the building permit process.”