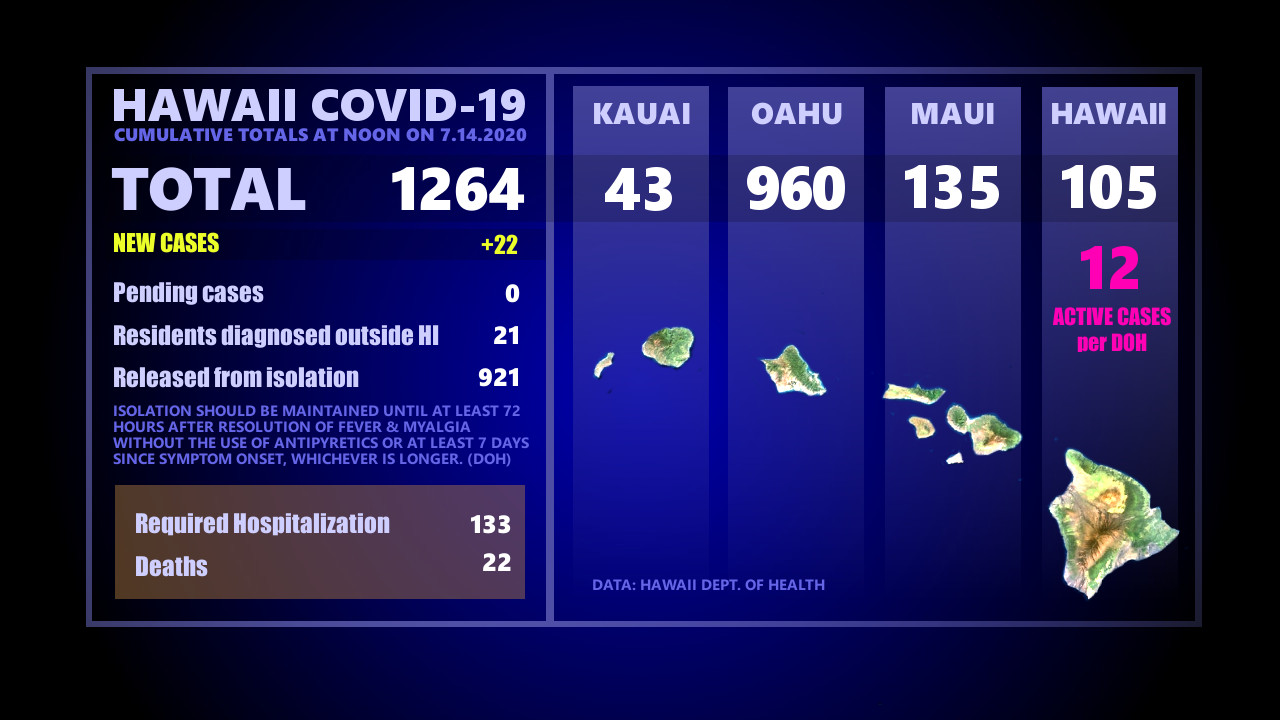 HAWAIʻI - There were three new cases of COVID-19 identified on Hawaiʻi island Tuesday, part of the 22 new cases statewide. 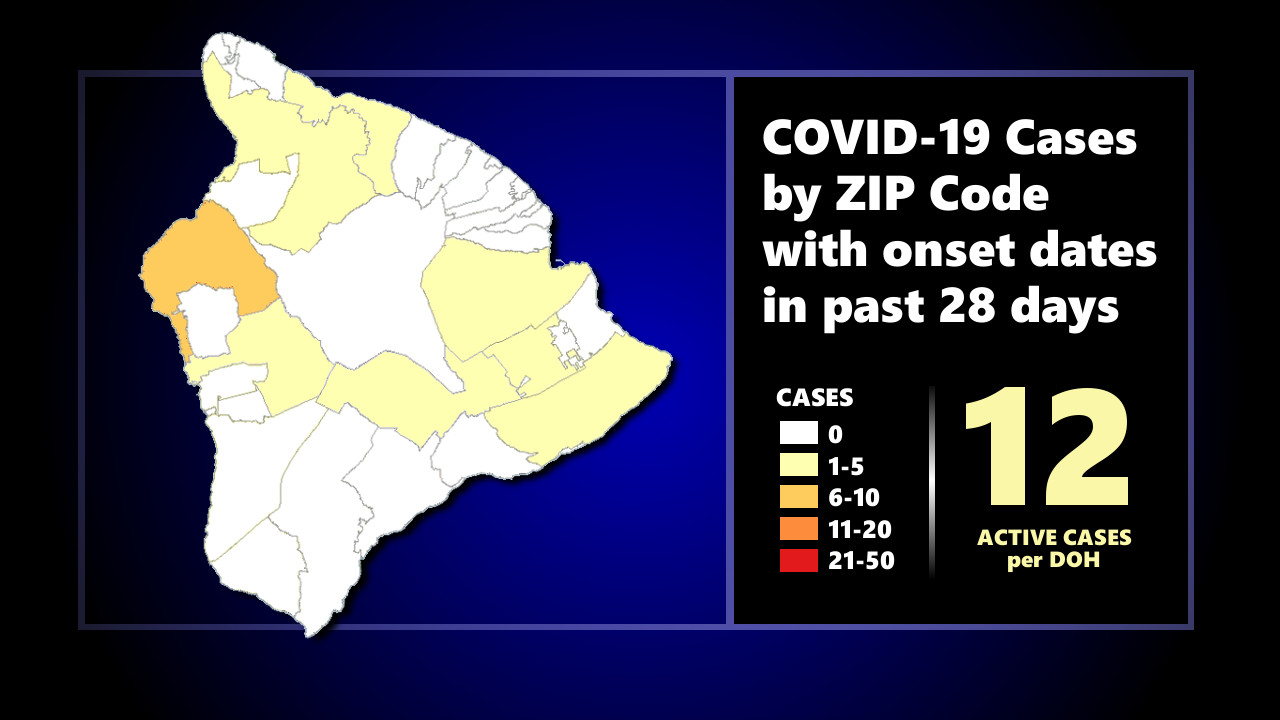 BIVN graphic features the number of “active” cases according to the Hawaiʻi Department of Health at noon on July 14, and the a Hawaiʻi DOH map showing zip code areas with reported cases having onset dates in the past 28 days.

(BIVN) – Twenty-two (22) new cases of COVID-19 were reported in the State of Hawaiʻi at noon on Tuesday, and three (3) of those new cases were identified on Hawaiʻi island.

The Hawaiʻi Department of Health says that of the cumulative total of 105 cases on the Big island, 93 have been released from isolation, indicating the twelve (12) remaining cases are active.

A new Hawaiʻi health department zip code area map of reported cases with onset dates in the past 28 days shows new cases have been identified in the Hāmākua and Hilo zip code areas.

Of the 1,264 total cases reported in Hawaiʻi since the pandemic began, 921 have been released from isolation, 133 have required hospitalization, and 22 have died.

Yesterday, 2,533 people arrived in Hawaii. During this same time last year approximately 35,000 passengers arrived in Hawaii daily, including residents and visitors. The state’s mandatory 14-day self-quarantine started on March 26th for all passengers arriving in Hawaii from out of state. This table shows the number of people who arrived by air from out of state yesterday and does not include interisland travel. This data was collected from the Hawaii Department of Transportation’s (DOT) Mandatory Travel Declaration Form.