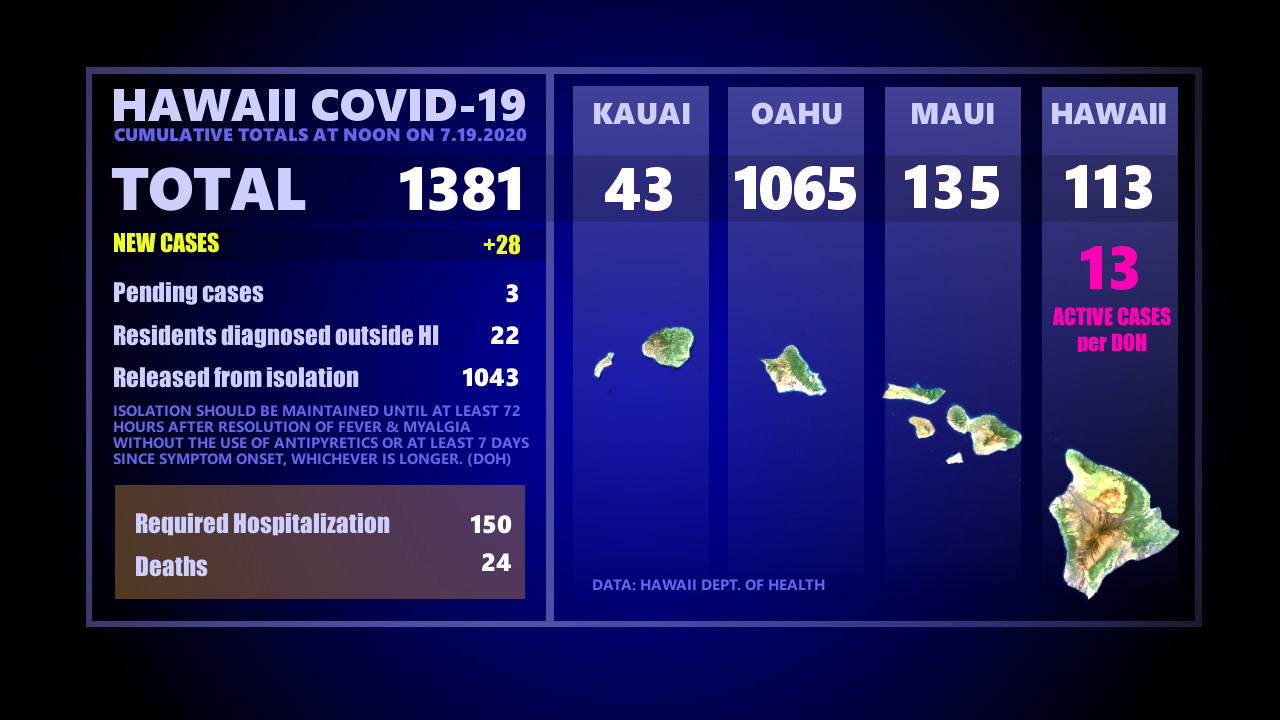 HAWAIʻI - A new Hawaiʻi health department map shows an increase in cases reported in the past 28 days in the Kona area of Hawaiʻi island. 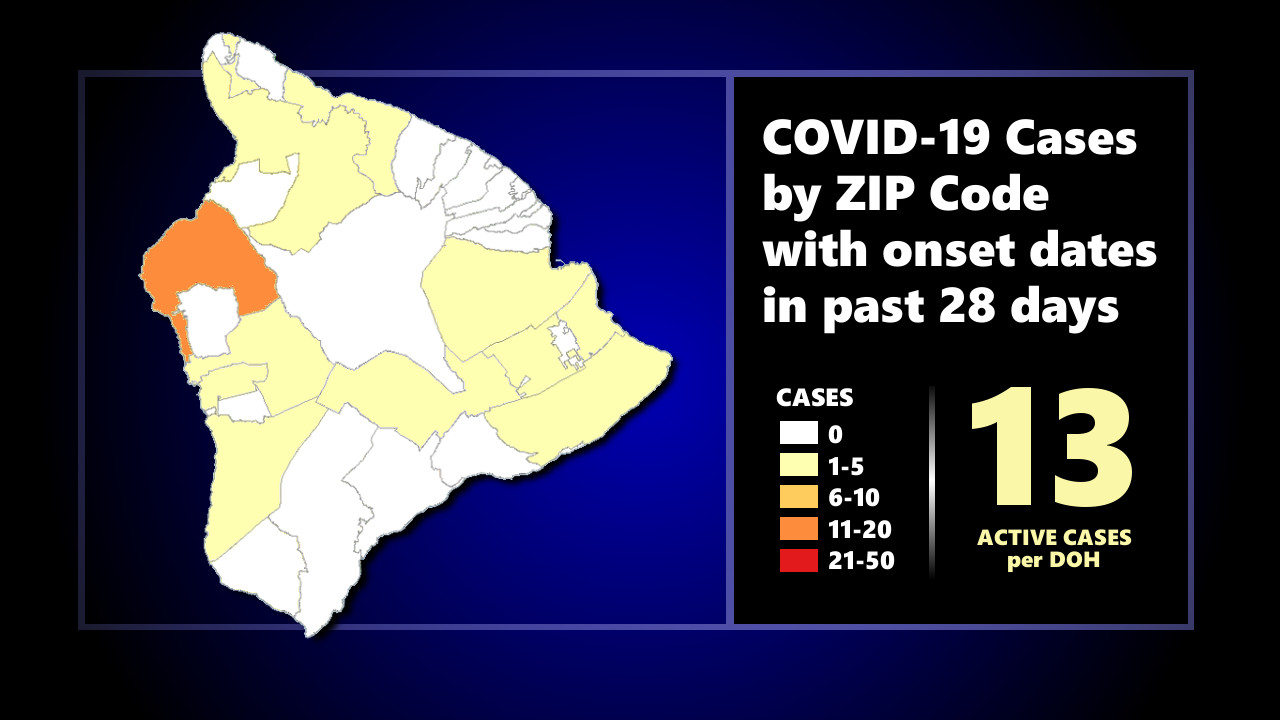 (BIVN) – There are twenty-eight (28) newly reported cases of COVID-19 in the State of Hawaiʻi, health officials announced at noon on Sunday, with most of the new cases identified on Oʻahu.

There were two (2) new cases reported on Hawaiʻi island. Of the 113 cases identified on the Big Island since the start of the pandemic, 100 have been released from isolation, indicating thirteen (13) are active cases.

Compared to Saturday, there are ten new hospitalizations statewide. Of the 1,381 cumulative cases since the pandemic began, 1,043 have been released from isolation. One case from Honolulu was removed from the counts today as a result of updated information, the Hawaiʻi Department of Health said.

“The majority of states continue to see an increase of people being infected by the Coronavirus,” stated the Hawaiʻi County Civil Defense on Sunday morning. “Be reminded, the threat remains, so we need your help to keep Hawaii Island numbers low. We are all in this together. Please do your part by following the preventive measures of face coverings, distancing, gatherings, and cleanliness. Stay at home if you do not feel well and be considerate of the people around you. As a reminder, wearing of face coverings is mandatory on Hawaii Island.”

From the Hawaiʻi Tourism Authority on Sunday:

Yesterday, 1,967 people arrived in Hawaii. During this same time last year approximately 35,000 passengers arrived in Hawaii daily, including residents and visitors. The state’s mandatory 14-day self-quarantine started on March 26th for all passengers arriving in Hawaii from out of state. This table shows the number of people who arrived by air from out of state yesterday and does not include interisland travel. This data was collected from the Hawaii Department of Transportation’s (DOT) Mandatory Travel Declaration Form.