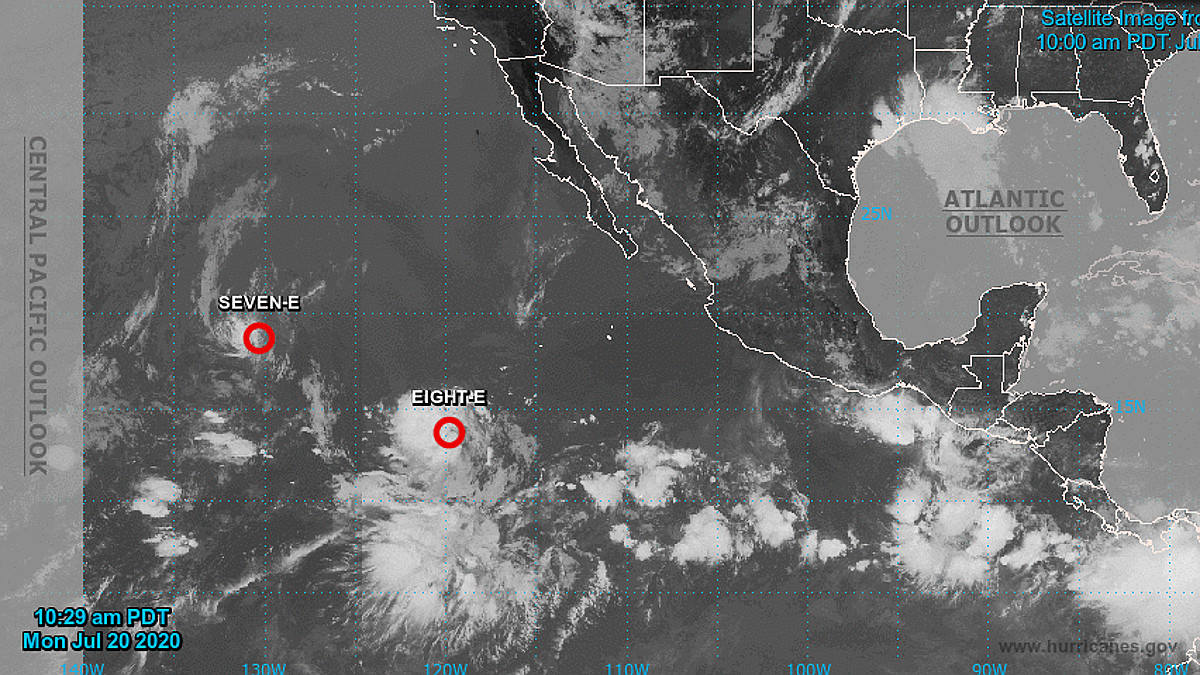 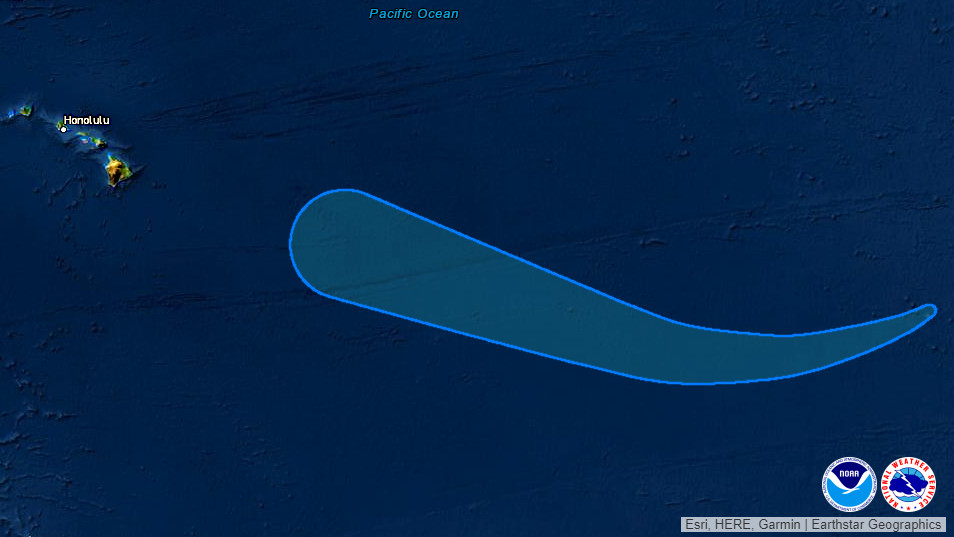 (BIVN) – The National Hurricane Center is issuing advisories on two tropical depressions in the Eastern Pacific this morning.

Tropical Depression Seven-E is located about 1,600 miles east of Hilo, and is expected to move into the Central Pacific Hurricane Center area of responsibility Wednesday as a Post-Tropical remnant low.

In addition, the newly formed Tropical Depression Eight-E is located about 2,300 miles east-southeast of Hilo, and is expected to move into the Central Pacific Hurricane Center area of responsibility late Thursday night or early Friday morning.

The current forecast shows that Tropical Depression Eight-E could become a hurricane. “The cyclone is over warm sea surface temperatures and in a light shear environment, and these conditions should persist for the next several days,” the National Hurricane Center wrote.

Its too early to determine what sort of threat these systems pose to Hawaiʻi. “The long range forecast for the weekend remains a bit hazy as global model solutions between the American GFS and the European ECMWF diverge,” wrote the National Weather Service in Honolulu in a Monday morning discussion. “Stay tuned to the long range forecast for updates later this week.”

According to a Hawaii Extended Forecast Discussion posted on Monday by the NWS Weather Prediction Center:

An area of low pressure currently near 15N/120W is being monitored by the National Hurricane Center for possible tropical development over the next several days as it moves generally westward. By Sunday-Monday, models/ensemble members show some consensus that this system could approach Hawaii from the east. Solutions differ widely on the intensity by that time, with the deterministic ECMWF among the stronger solutions and the GFS on the weak side, but there is some consensus on the timing/track among ensemble guidance at this point.

Through much of the week models showed sufficient consensus that a general model blend is preferred. By next weekend, given the described potential for a tropical system, something closer to ensemble means is favored at this time, which would indicate an increased potential for showers and possibly heavy rains by Sun-Mon, but any further impacts are uncertain at this point, pending any possible/eventual tropical development.