PEPEʻEKEO, Hawaiʻi - The decision to kill jobs in the middle of the pandemic shows the Hawaiʻi Public Utilities Commission "does not care" about Hawaiʻi island, the project president says. 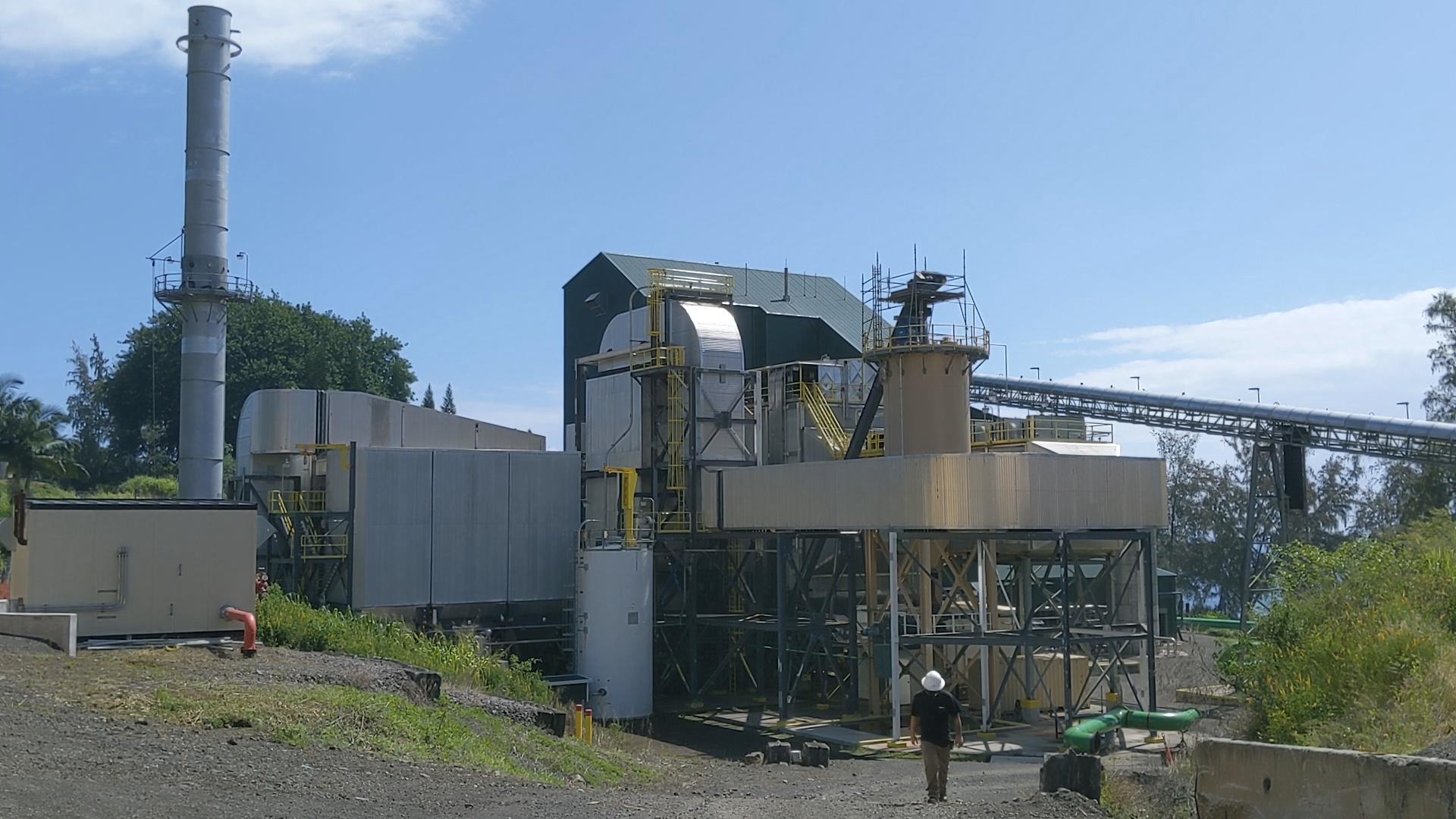 (BIVN) – Hū Honua, doing business as Honua Ola Bioenergy, is filing a Motion for Reconsideration with the Hawaiʻi Public Utilities Commission, after the PUC denied the Hawaii Electric Light Company’s request for approval of an amended and restated Power Purchase Agreement with the bioenergy company.

The PUC decision will shut down the facility before it even begins operations, project officials say.

Today, executives and employees met at the site of the Pepeʻekeo project, where they held a rally to save their jobs.

“We are not going to accept a ruling from a state commission whose members – I believe – do not know or care about our island, our community or our people,” declared Honua Ola president Warren Lee, speaking to the crowd.

“They don’t care that we are in the middle of a pandemic,” Lee said, surrounded by employees wearing masks. “Or maybe they do care, but they just don’t show it. Right in the middle of this crisis, it doesn’t bother them to pull the plug on our project when it’s 99% complete. And take away jobs from 60-plus people we have on site now, most of them being full time employees who are trained without very much operating or power plant experience, and trained to be ready to go. And they are trained. And they are ready to go.”

Project officials also say the PUC ruling will extinguish more than 140 additional jobs that the project would support. More than $400 million has already been invested into the facility.

Big Island Video News also interviewed Jaerick Medeiros-Garcia, a Pepeʻekeo community member and critic of the project, for his reaction to Hu Honua’s strategy. That will be featured in an upcoming video.