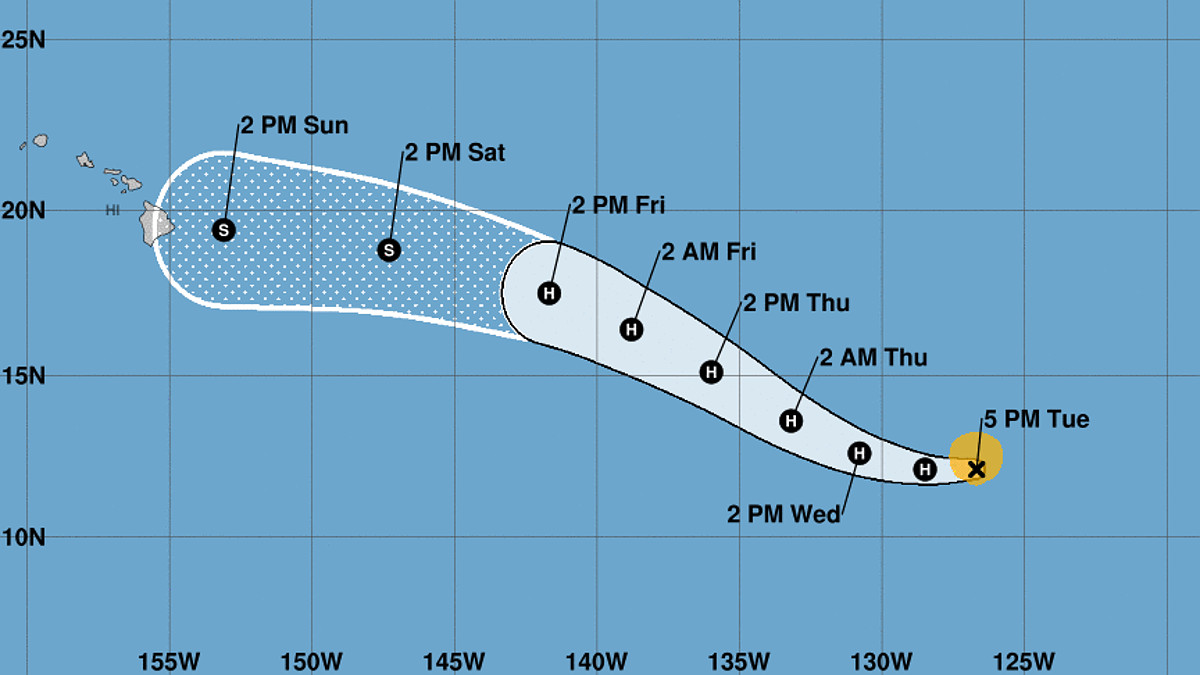 inset from graphic courtesy the National Hurricane Center in Miami

HAWAIʻI - Tropical Storm Douglas is moving due west with no change in strength, the National Hurricane Center said on Tuesday, adding that the system is expected to become a hurricane soon.

(BIVN) – Tropical Storm Douglas, on the verge of becoming a hurricane in the Eastern Pacific, is currently 1,955 miles east southeast of Hilo and moving west at 14 mph.

As of 5 p.m. HST, the National Hurricane Center in Miami reported Douglas’ maximum sustained winds are at 65 mph, with higher gusts. “Strengthening is forecast during the next couple of days,” the forecasters said, “and Douglas could become a hurricane tonight or early Wednesday.” 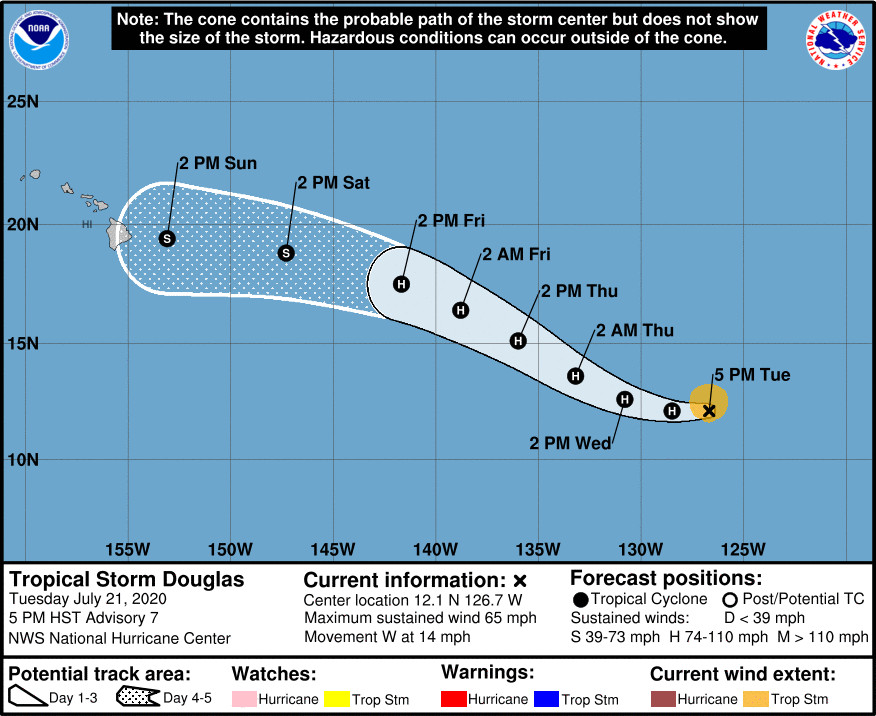 “With still a lot of uncertainty in the track and strength of Douglas, it is still too early to tell if Douglas will bring any impacts to the state,” a 4 p.m. National Weather Service discussion stated. “Stay tuned to the development of Douglas for more updates.”

There is a potential “for rough conditions later this weekend along east facing shores due to a strong winds and rising surf associated with Douglas as it moves into the region,” the National Weather Service said. 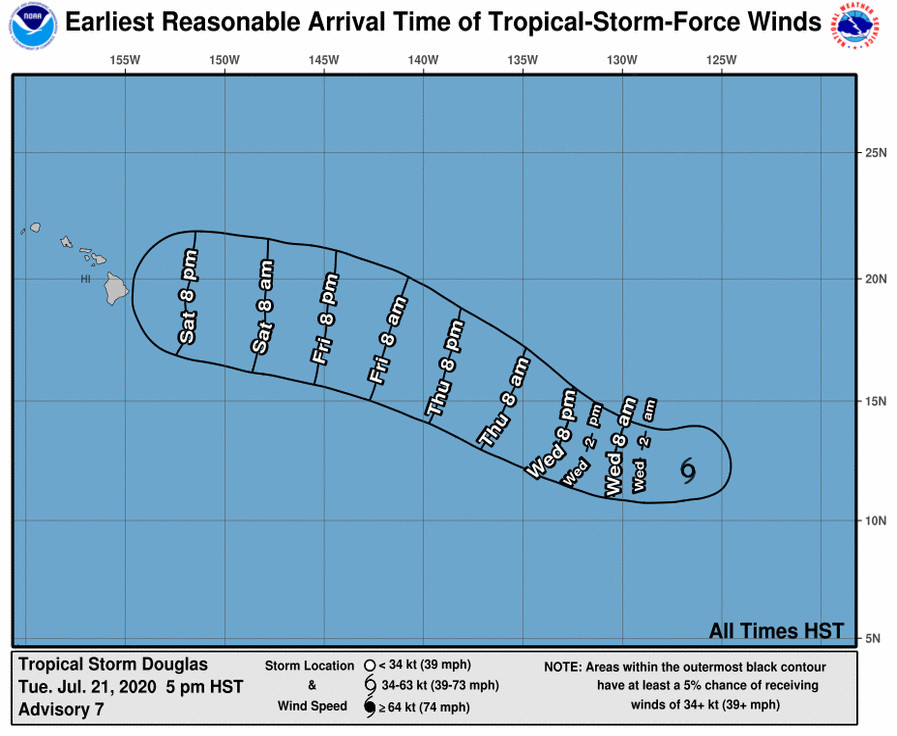 The National Hurricane Center provided this discussion at 5 p.m. HST:

This afternoon’s satellite presentation reveals a tropical cyclone that’s struggling with the inhibiting factors from mid-level dry air intrusion. Cloud tops near the center of circulation have warmed considerably during the past few hours, and the primary convective band in the east semicircle has become a bit fragmented. A blend of an earlier SATCON of 52 kt, an ADT objective estimate of 51 kt and a Dvorak satellite classification of T3.5 from both TAFB and SAB supports holding the initial intensity at 55 kt, although the aforementioned recent changes in the cloud pattern may consider this as a bit generous.

The better performing HFIP HCCA and IVCN multi-model intensity guidance still show Douglas shaking off the dry air invasion and strengthening into a hurricane in 12 hours, and the official forecast reflects this. The consensus intensity models and the FV3/GFS SHIPS show the cyclone reaching a peak intensity in around two days. Afterward, Douglas will be moving over 25-deg-C oceanic temperatures and into stable air mass. These negative contributions should, therefore, induce a slow weakening trend through day 5.

The initial motion is estimated to be westward, or 270/12 kt within the mid-tropospheric easterly steering flow provided by a subtropical ridge anchored to the north of Douglas. This ridge is forecast to gradually build westward in response to a retreating large cut-off low near the Hawaiian Islands. As a result, Douglas should progressively turn West-northwestward by late Wednesday. and this general motion is forecast to continue for the remainder of the 5-day forecast period. The official NHC forecast is quite similar to the previous one with only a slight adjustment to the right beyond 72 hours through 120 hours in order to conform to the various consensus models.