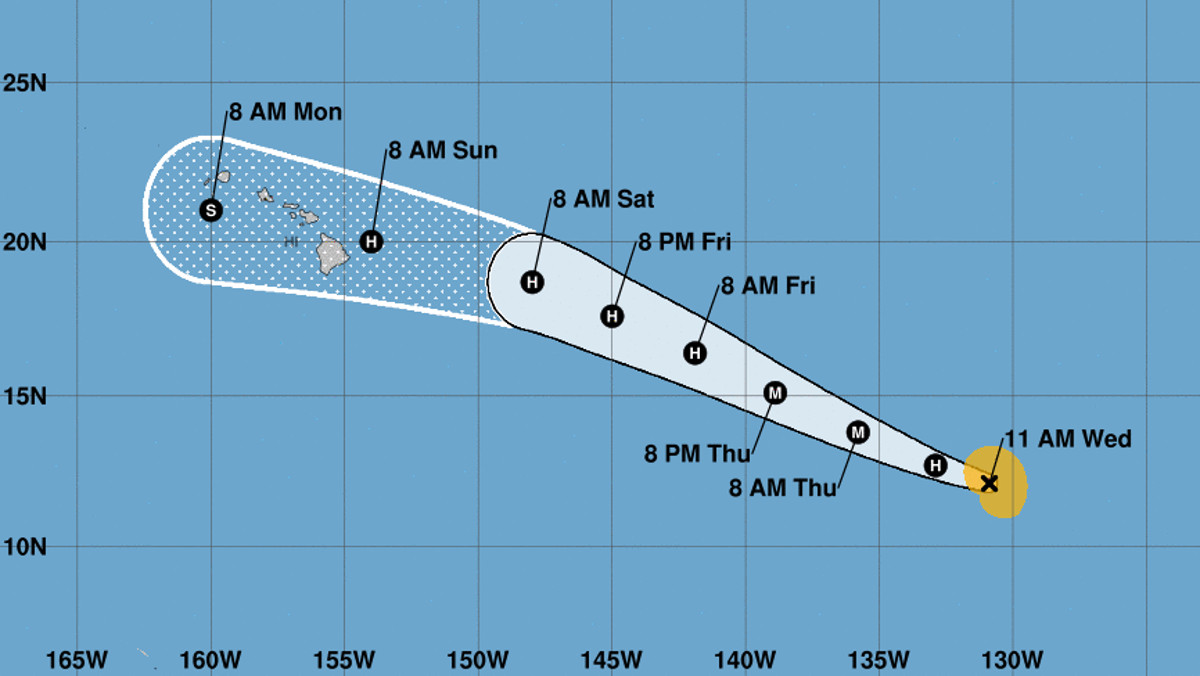 image taken from inset of the 11 a.m. graphic by the National Hurricane Center in Miami

HAWAIʻI - The National Hurricane Center says Douglas is expected to move near or over portions of the Hawaiian Islands this weekend.

(BIVN) – Hurricane Douglas is 1,690 miles east southeast of Hilo, and moving west at 16 mph, and forecasters are advising the Hawaiian Islands to monitor the progress of  the storm.

The maximum sustained winds of the hurricane have increased to near 80 mph with higher gusts. The National Hurricane Center in Miami says additional strengthening is forecast during the next day or two, and Douglas could become a major hurricane on  Thursday.

“Douglas is expected to move near or over portions of the Hawaiian Islands this weekend, and there is an increasing chance that strong winds and heavy rainfall could affect portions of the state beginning on Sunday,” the National Hurricane Center wrote in its key message for 11 a.m. HST on Wednesday. 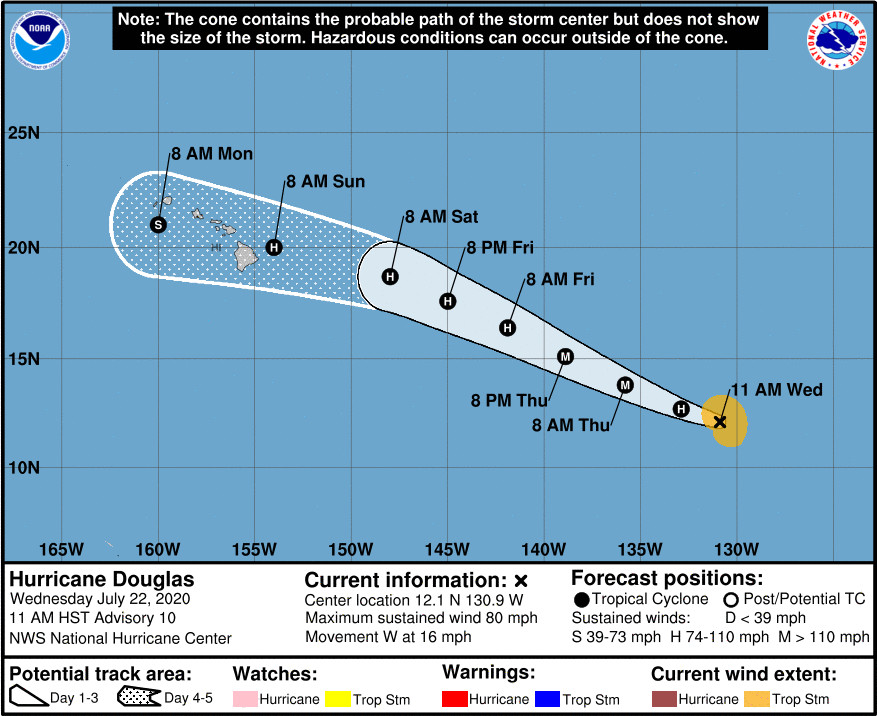 The forecasters say a “persistent mid-tropospheric ridge to Douglas’s north” is expected to be the main driving force for the entire 5-day forecast period. The storm is forecast to turn west-northwestward by this evening, “and then maintain that heading with some increase in forward speed through day 4 as it approaches the Hawaiian Islands.” Then, the storm is expected to bend back to the west. The track has been shifted slightly north on days 3 to 5, the forecasters say, adding that “confidence in the track forecast at this stage is rather high.” 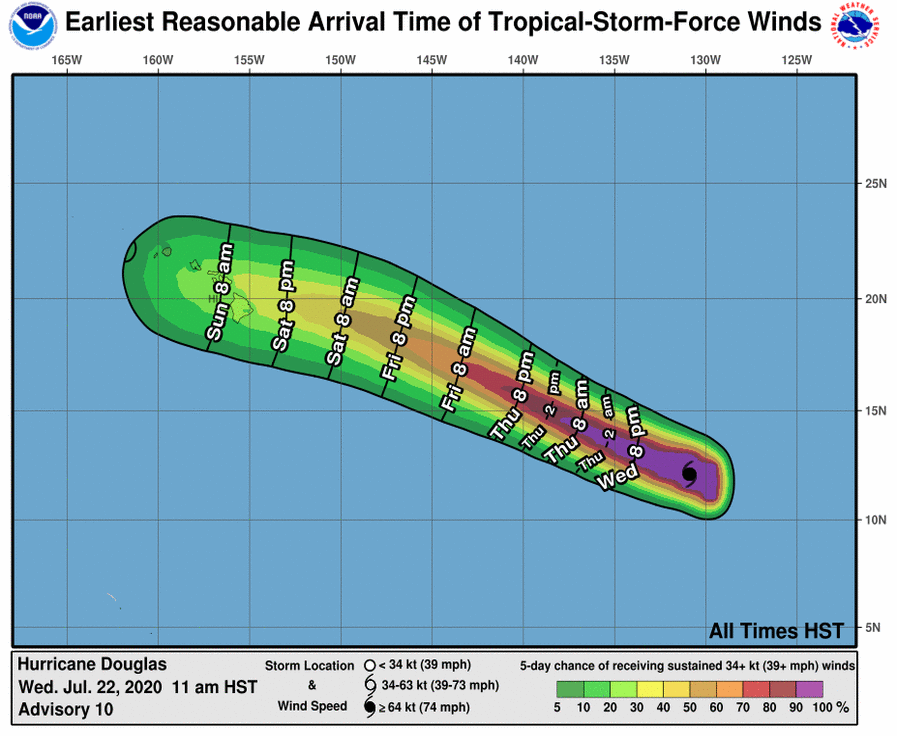 Although Douglas could become a major hurricane by tomorrow, it should begin to weaken as it nears the islands. The 11 a.m. National Hurricane Center discussion states:

Intensity-wise, low shear and sea surface temperature of 28-29C favor continued strengthening, potentially at a rapid rate for the next 24 hours. SHIPS, HCCA, and the Florida State Superensemble all bring the intensity near or at major hurricane strength in 24-36 hours, which qualifies as rapid intensification. The NHC intensity forecast is in line with these models and lies near the upper bound of the guidance envelope given the favorable conditions. Some weakening is expected to begin by 48 hours due to cooler waters, but since vertical shear is not expected to increase until around day 4, the weakening rate is likely to be gradual. This forecast increases the chance that Douglas could maintain hurricane intensity as it approaches the Hawaiian Islands, and all interests on the islands should monitor the forecasts as they evolve over the next few days.

“As of now, it is still too early to tell which islands will be impacted, thus everyone across the state should monitor the progress of Douglas,” the National Weather Service in Honolulu stated this morning.