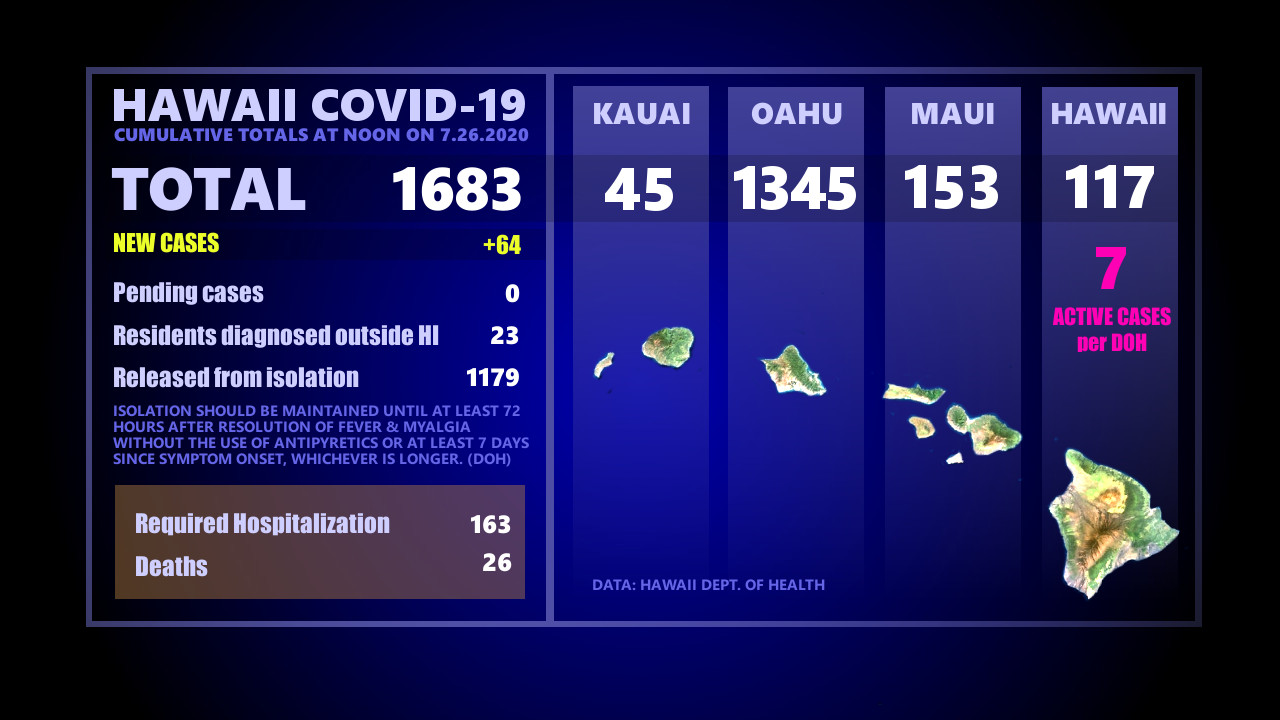 HAWAIʻI - With hours to go before the closest approach of Hurricane Douglas to Oʻahu, the State of Hawaiʻi reported 64 new cases of COVID-19, most of them in Honolulu County.

(BIVN) – The State of Hawaiʻi at noon on Sunday reported sixty-four (64) new cases of COVID-19 statewide, with most of the cases reported on Oʻahu.
Seven (7) of those new cases were also identified on Maui.

There were no new cases reported on Hawaiʻi island. According to the Hawaiʻi Department of Health, 110 of the 117 cases on the Big Island have been released from isolation, indicating that there are seven (7) active cases.

Yesterday, 1,928 people arrived in Hawaii. During this same time last year approximately 35,000 passengers arrived in Hawaii daily, including residents and visitors. The state’s mandatory 14-day self-quarantine started on March 26th for all passengers arriving in Hawaii from out of state. This table shows the number of people who arrived by air from out of state yesterday and does not include interisland travel. This data was collected from the Hawaii Department of Transportation’s (DOT) Mandatory Travel Declaration Form.