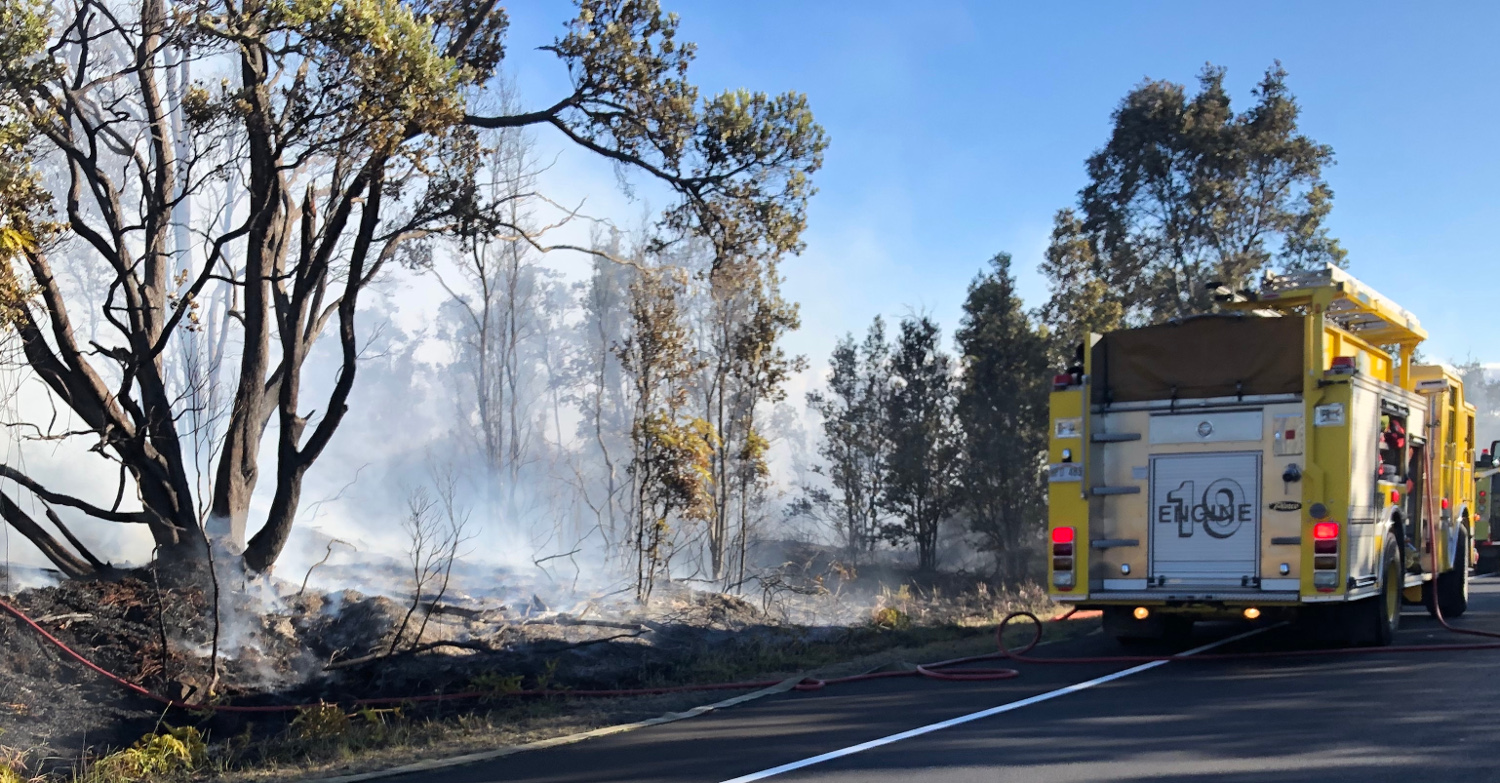 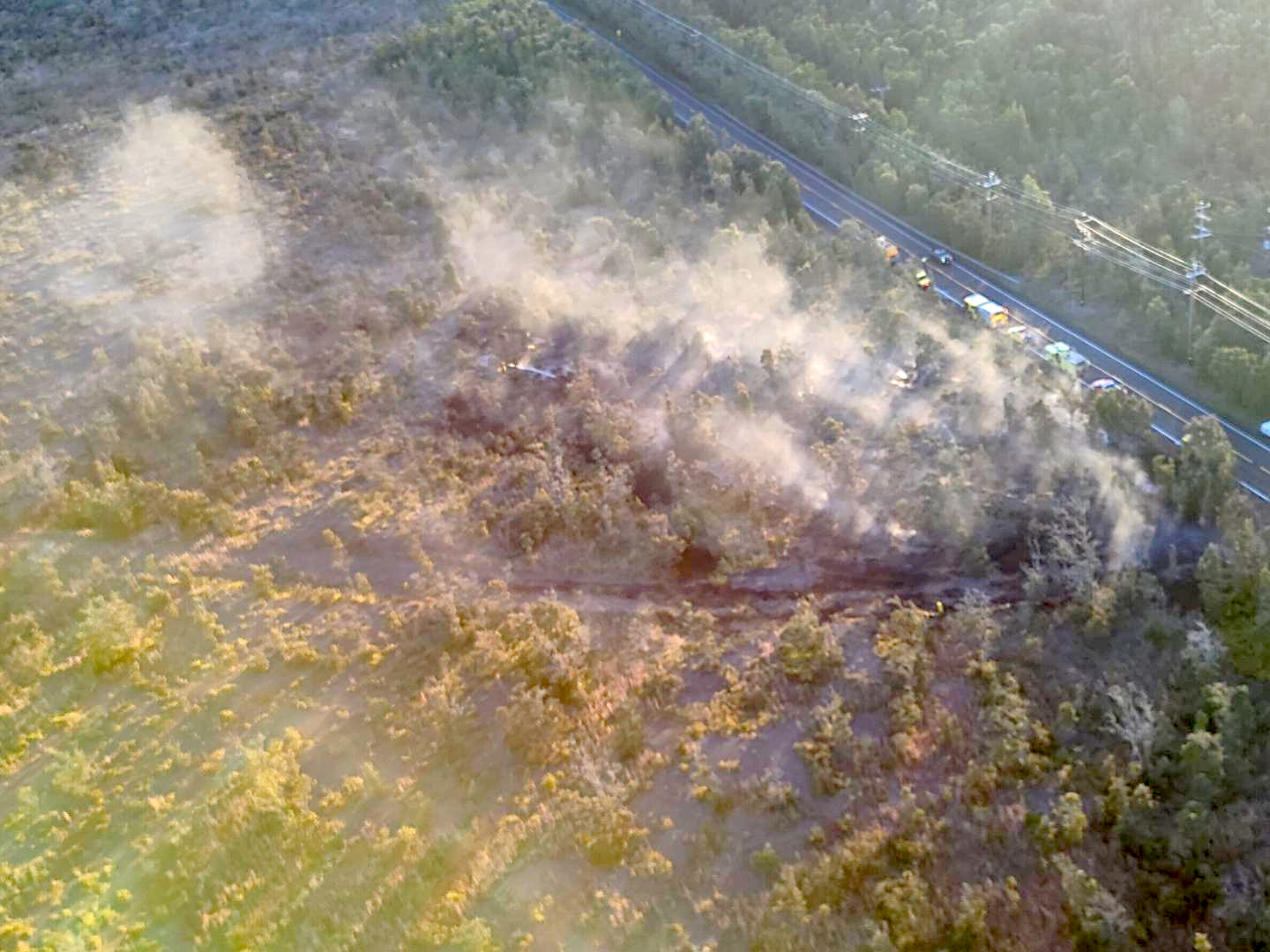 (BIVN) – The cause of a two-acre brush fire that ignited in dry ‘ōhi‘a woodland in Hawaiʻi Volcanoes National Park late Thursday afternoon is under investigation.

Firefighters quickly extinguished the fire located off Highway 11 near mile marker 31 between Nāmakanipaio Campground and Mauna Loa Road. There were no injuries, and there are no structures in the area.

The blaze was first reported to Hawai‘i County Fire Department at 4:51 p.m. Hawai‘i County’s Volcano fire crew arrived on scene almost immediately, and got the fire under control by 5:30 p.m. A Hawai‘i County helicopter dropped several loads of water on the flames, and firefighting units from Pāhala, Kea‘au, the National Park Service, and volunteers from Volcano and Hawaiian Paradise Park assisted with containment, extinguishment and mop-up.

Moderately strong tradewinds and very dry conditions alongside the highway contributed to the spread of the brushfire, which was also fueled by dry native lichen growing on the top layer of volcanic ash that is prevalent in the area.

The National Park Service noted that many areas in the park are under severe fire danger due to low rainfall amounts. Hawaiʻi Volcanoes National Park has closed Mauna Loa Road to vehicles, from Kīpukapuaulu to Mauna Loa Lookout, due to very high fire danger.