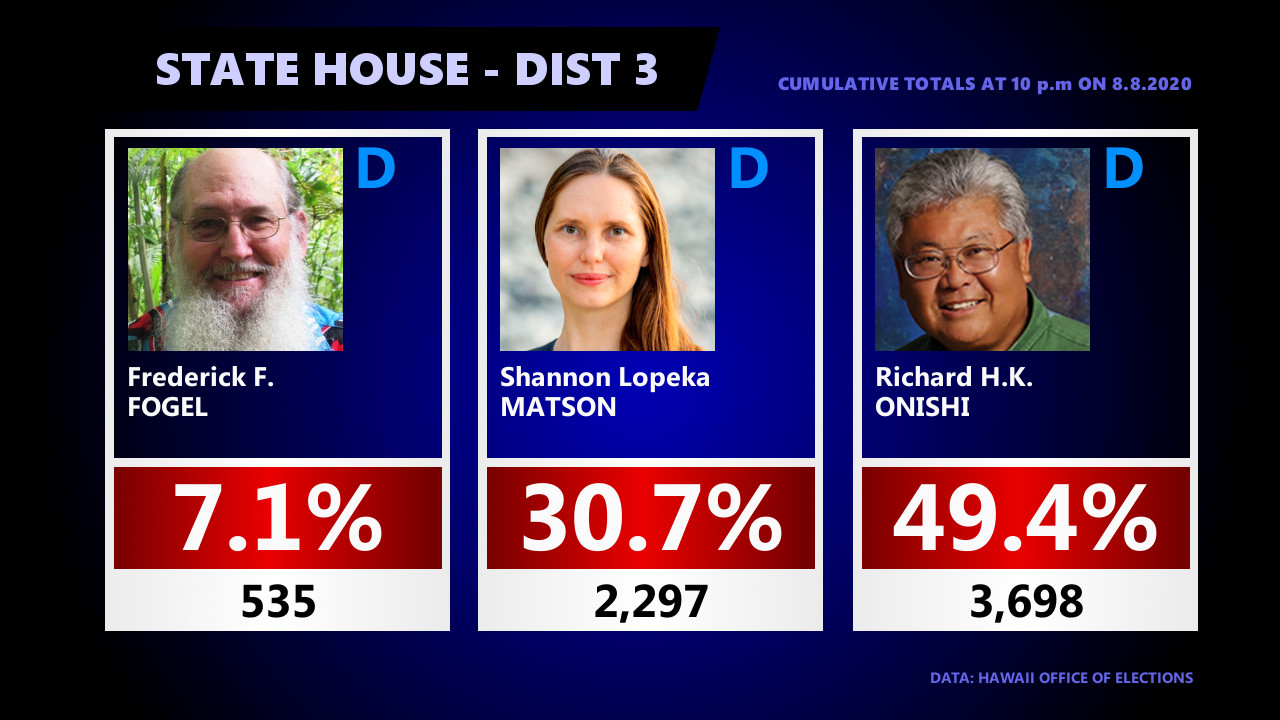 HAWAIʻI - This page will update the results in the race for the Hawaii Sate Legislature - both Senate and House - for seats representing Hawaiʻi island. Results are not yet final.

(BIVN) – We will be updating this page on the races for the Big Island’s State Senate and State House of Representatives. 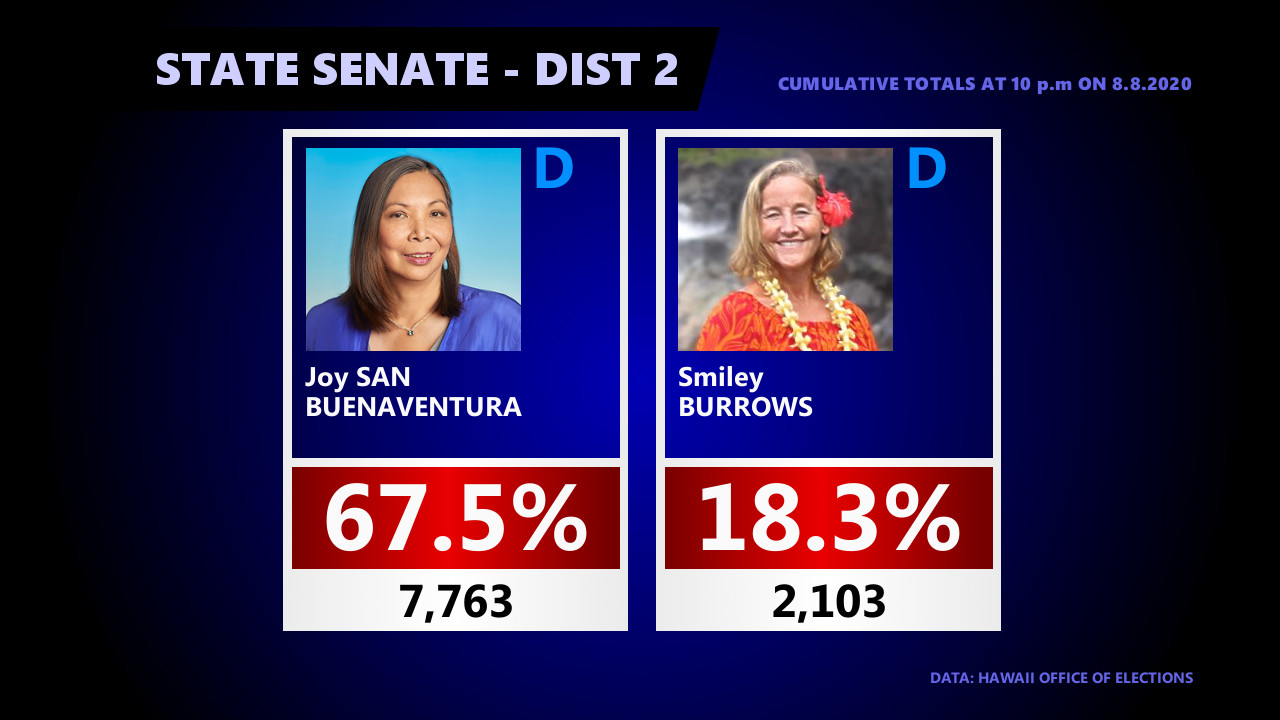 UPDATE – Joy San Buenaventura, the current State House representative for District 4 in Puna, won the Democratic primary for the district 2 State Senate seat. The office is the only Hawaiʻi island state senate seat up for grabs in this election year. State Senator Russell Ruderman (D) did not seek re-election.

Also running for the district 2 senate seat is Ron G. Ka-ipo of the Aloha ʻĀina Party. He will face the San Buenaventura in the general election.

Democrat and State House District 1 incumbent Mark Nakashima is unopposed in the primary, and will go on to face Republican Lorraine Pualani Shin in the general election.

The same goes for Democrat and State House District 2 incumbent Chris Todd. His Republican challenger will be Devin Shaw McMackin Sr. in the general election.

UPDATE – Rep. Richard Onishi maintaind a large lead in the Democratic primary race for the House district 3 seat he currently occupies. Republican Susan Hughes is running unopposed for the GOP nomination for the seat. Onishi and Hughes will meet in the general election. 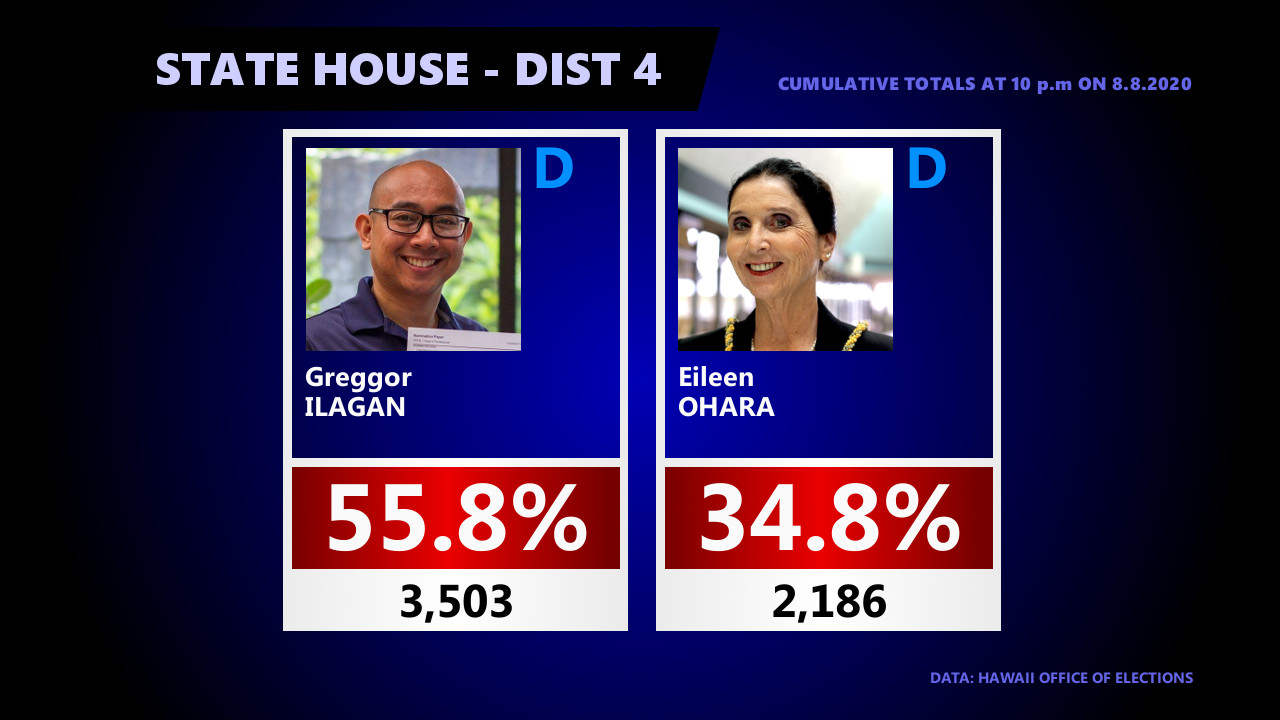 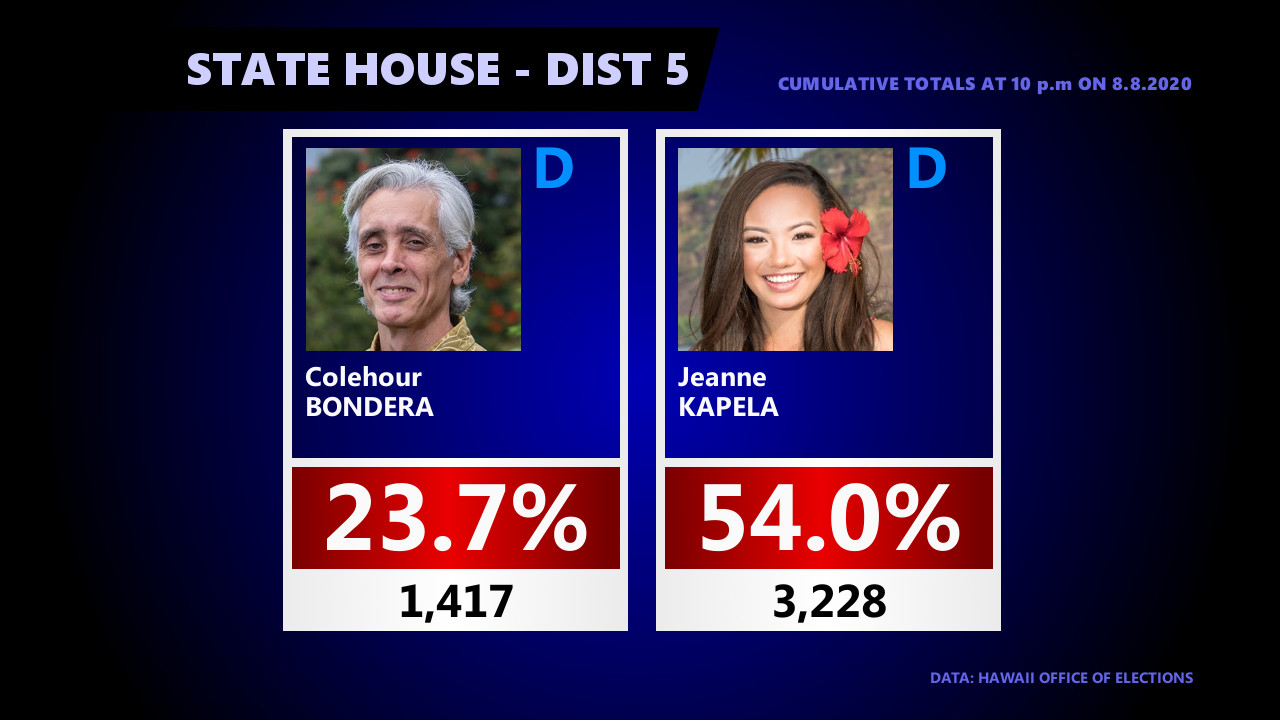 Democratic incumbents for State House, Nicole Lowen (District 6) and David Tarnas (District 7) are running unopposed in both the primary and the general election and will return to their seats.