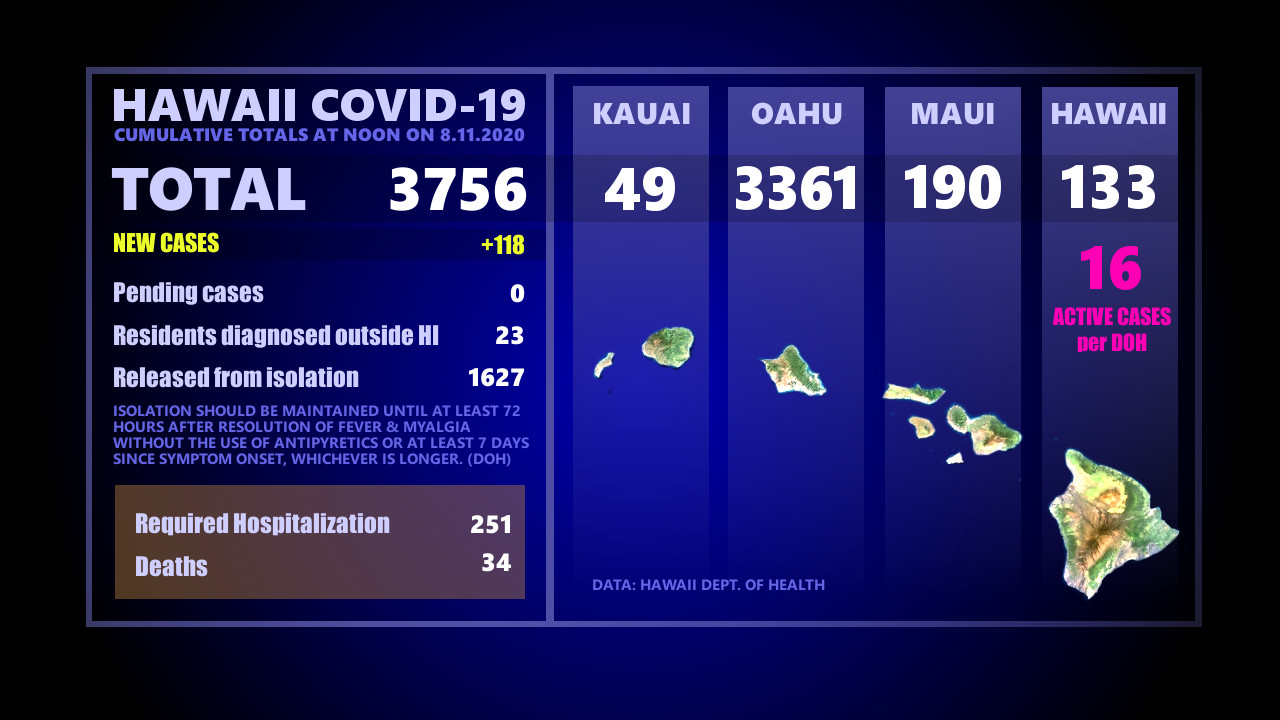 HAWAIʻI - The number of newly reported cases is down, but still over the triple-digit mark. Again, the vast majority of the new cases are on Oʻahu. 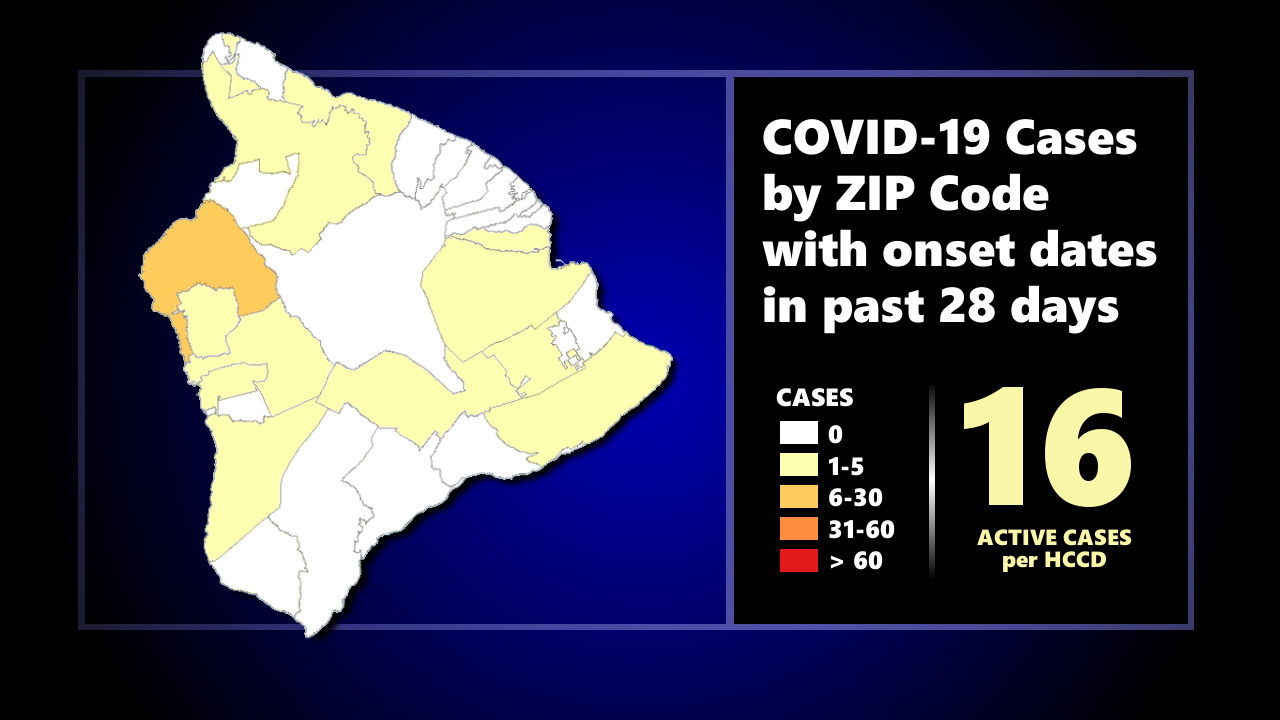 BIVN graphic features the number of “active” cases as reported by the Hawaiʻi County Civil Defense this morning, and a map showing zip code areas with reported cases having onset dates in the past 28 days according to the Hawaiʻi health department.

(BIVN) – There were 118 newly reported cases of COVID-19 in the State of Hawaiʻi as of noon on Tuesday. 112 of those cases were identified on Oʻahu.

There were two (2) new cases identified on Hawaiʻi island, and four (4) reported in Maui County. According to the Hawaiʻi Department of Health, one case was re-categorized from Honolulu to Hawaiʻi, and one case from Honolulu was removed from the counts.

The Hawaiʻi health department confirmed there are sixteen (16) active cases on Hawaiʻi island, with 117 of the cumulative 133 cases released from isolation.

The Hawaii State Teachers Association held a virtual news conference today to discuss “the lack of transparency and public notification about coronavirus cases at Hawaii’s public schools.” HSTA planned to release a list of campuses that have been associated with COVID-19 cases in recent days.