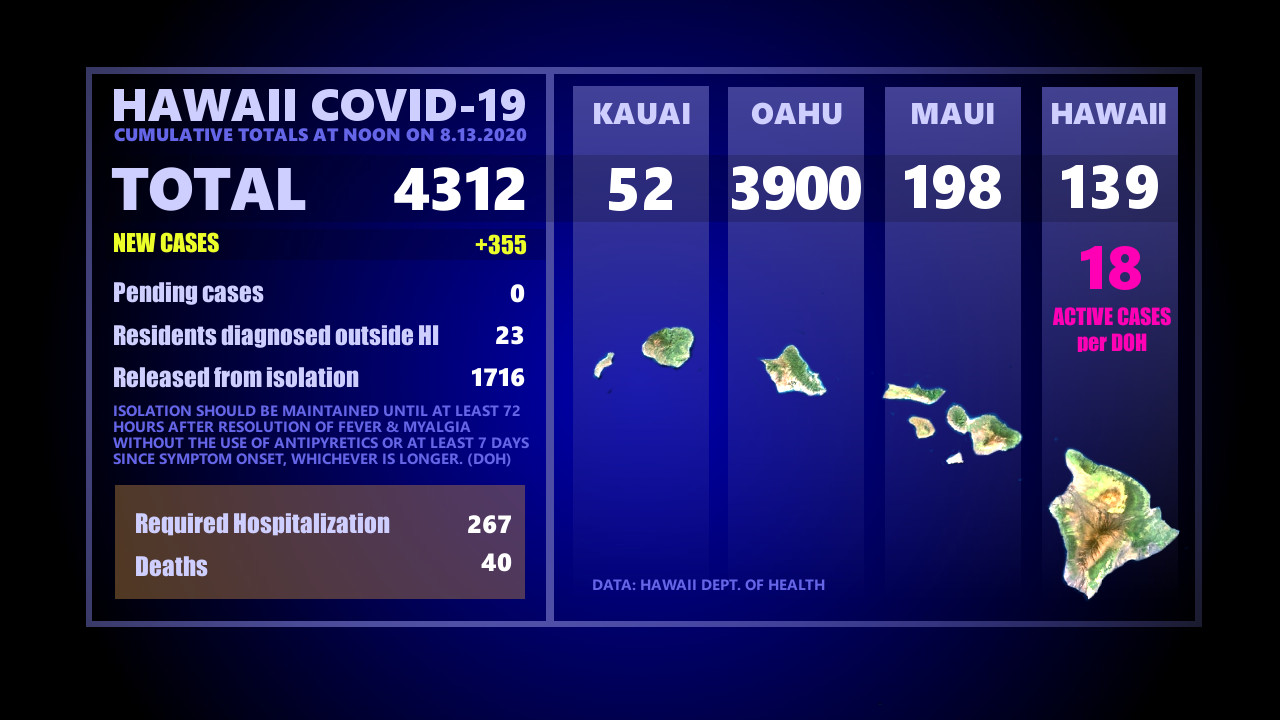 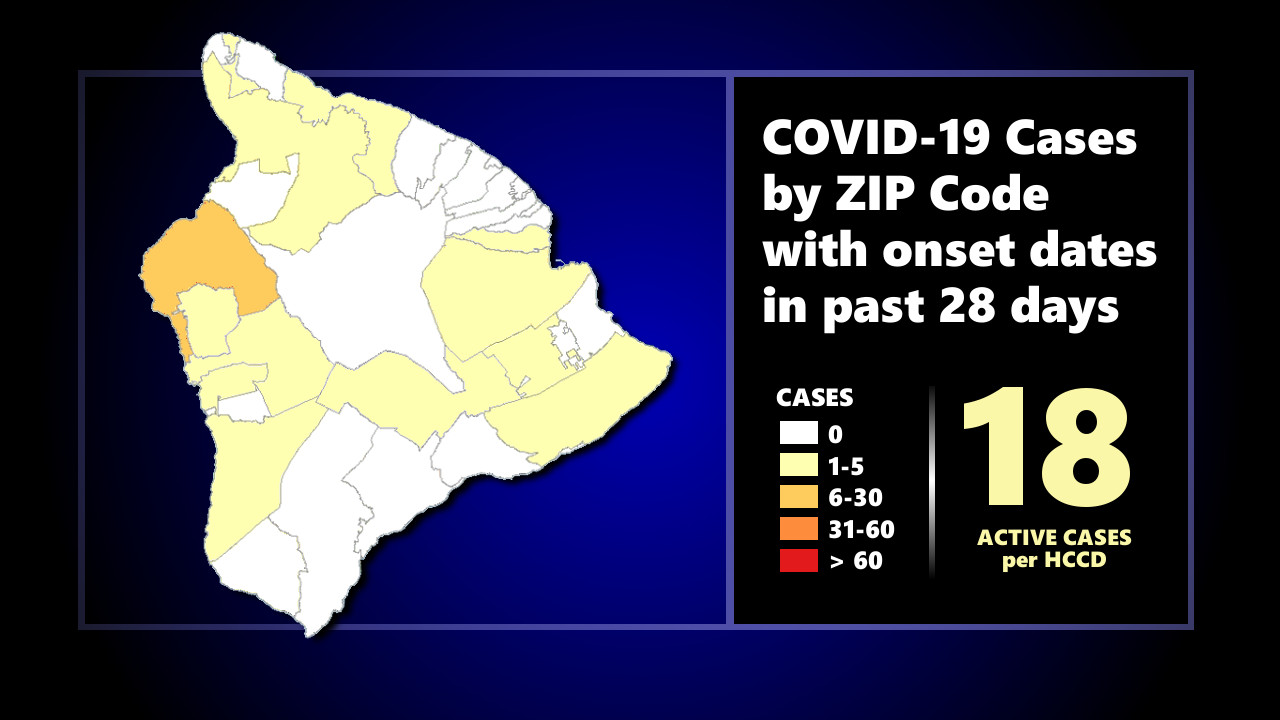 (BIVN) – A new, single-day record of 355 cases of COVID-19 infections reported in the State if Hawaiʻi was announced on Thursday, along with two new deaths.

Two O‘ahu men, both over 60-years-old are the latest victims of COVID-19. And today, DOH reports at least 86 new diagnosed cases of coronavirus are part of an existing cluster at the O‘ahu Community Correctional Facility (OCCC). Health investigators say at least 116 cases are attributable to OCCC, with 24 staff and 92 inmates having tested positive for COVID-19. The 86 cases are part of the 355 newly diagnosed cases today; the record single day case count since the beginning of the pandemic.

The State and City & County of Honolulu are working with the Institute for Human Services (IHS) Sumner Men’s Shelter in Iwilei to isolate and quarantine individuals at the shelter, with 20 cases under investigation. The DOH is also continuing its epidemiological investigation into a cluster of cases at Honolulu Hale, which now totals 11 individuals, who may have been infected during gatherings at offices during breaks or social get-togethers, according to employees who have been interviewed.

“With the virus actively being spread throughout the community on O‘ahu, congregate settings like prisons and institutions are at increased risk of introduction and should prepare as the Dept. of Public Safety and IHS have done,” Health Director Dr. Bruce Anderson said. “These agencies were ready and stepped into action quickly, working with the DOH on control and prevention measures to protect those at risk and the community. We extend our sincere condolences to the family and friends of the latest people to succumb to this disease.”

Today marks 20 weeks since the state’s mandatory 14-day self-quarantine started for all passengers arriving in Hawaii from out of state. Yesterday, 2,023 people arrived in Hawaii. During this same time last year approximately 36,000 passengers arrived in Hawaii daily, including residents and visitors. This table shows the number of people who arrived by air from out of state yesterday and does not include interisland travel. This data was collected from the Hawaii Department of Transportation’s (DOT) Mandatory Travel Declaration Form.