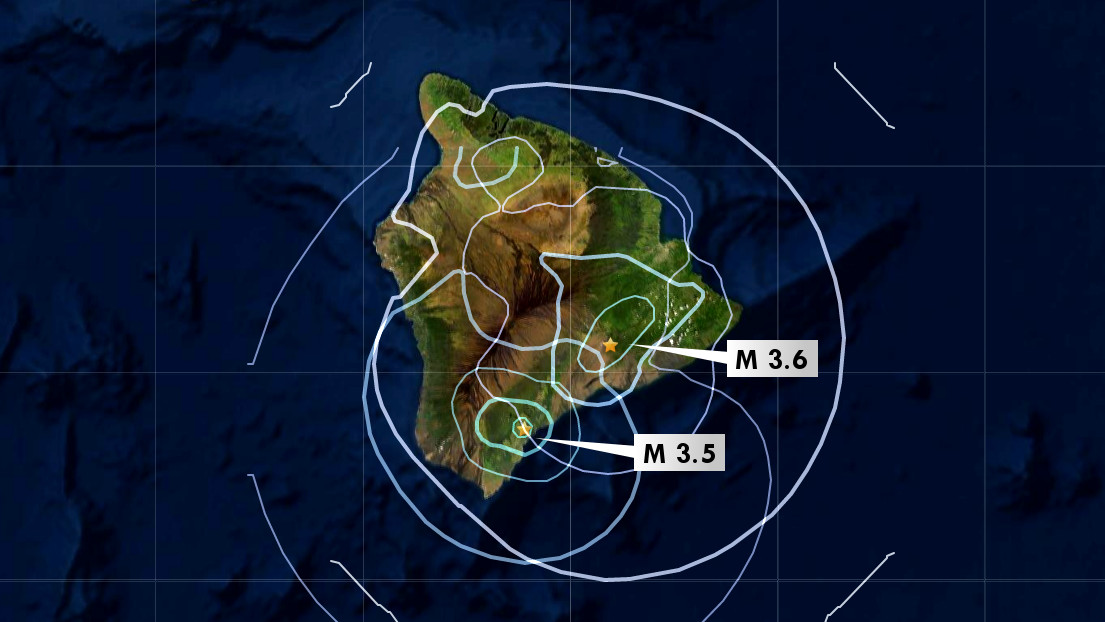 HAWAI'I ISLAND - A Magnitude 3.6 earthquake occurred near the summit of Kilauea this morning, and a 3.5 earthquake was also recorded deep below Kaʻū.

(BIVN) – Two earthquakes occurred this morning on Hawaiʻi island, and one was strong enough to prompt a message from emergency officials.

First, at 1:25 a.m. on Sunday morning, the USGS Hawaiian Volcano Observatory reports a Magnitude 3.5 earthquake under Kaʻū. The earthquake was measured at a depth of 20 miles, similar to the ongoing swarm of deep-Pahala earthquakes occurring in the general area. This particular earthquake was a bot of an outlier in that it was located west of Punaluʻu. Over 100 people reportedly felt the quake.

The earthquake closer to the Kīlauea summit was measured at a Magnitude 3.6. The temblor – which shook the area at 5:46 a.m. – was centered 7 miles down, just southeast of the Kīlauea summit caldera within Hawaiʻi Volcanoes National Park. The quake was reportedly felt by over 100 people, according to the USGS website.

The Magnitude 3.6 earthquake was strong enough to trigger an alert message from the Hawaiʻi County Civil Defense. The message stated:

Preliminary data indicates that the earthquake measuring a magnitude of 3.6 was centered in the vicinity of the summit of Kilauea Volcano.

We will update this page with more information when it becomes available.