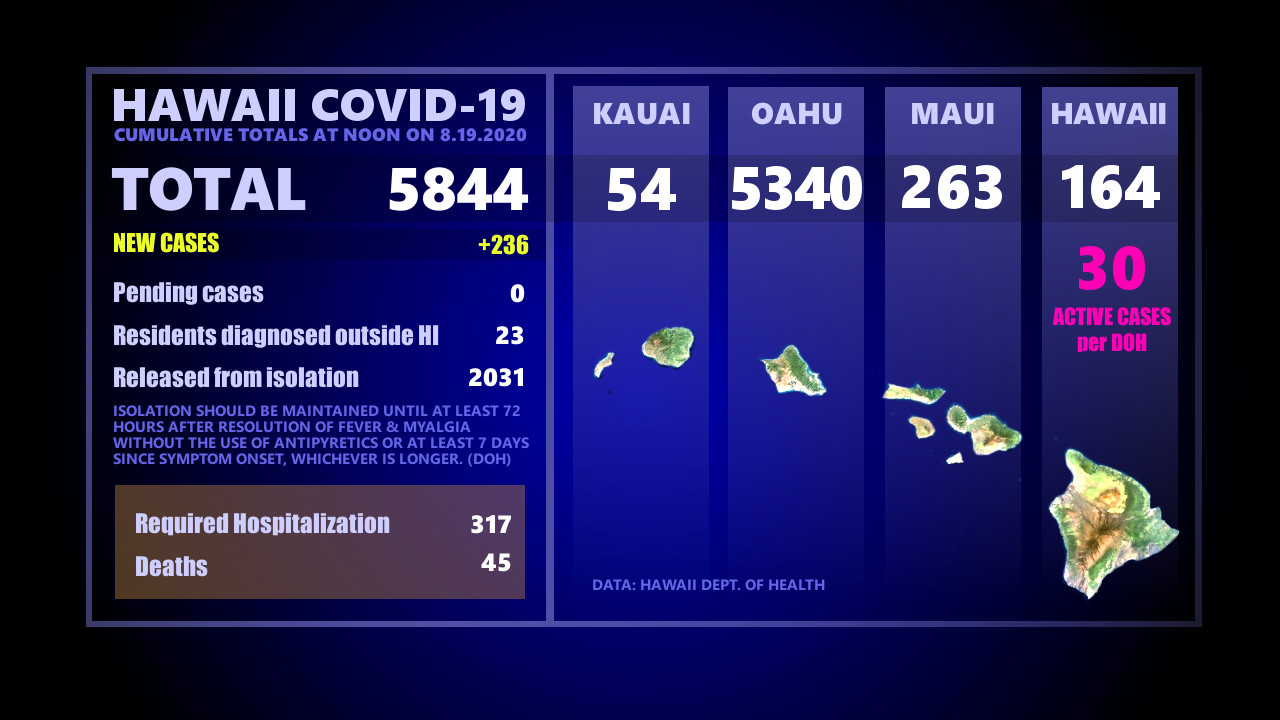 HAWAIʻI - A new map released by the health department shows at least 26 cases of COVID-19 in the area of Hilo in the last 28 days. 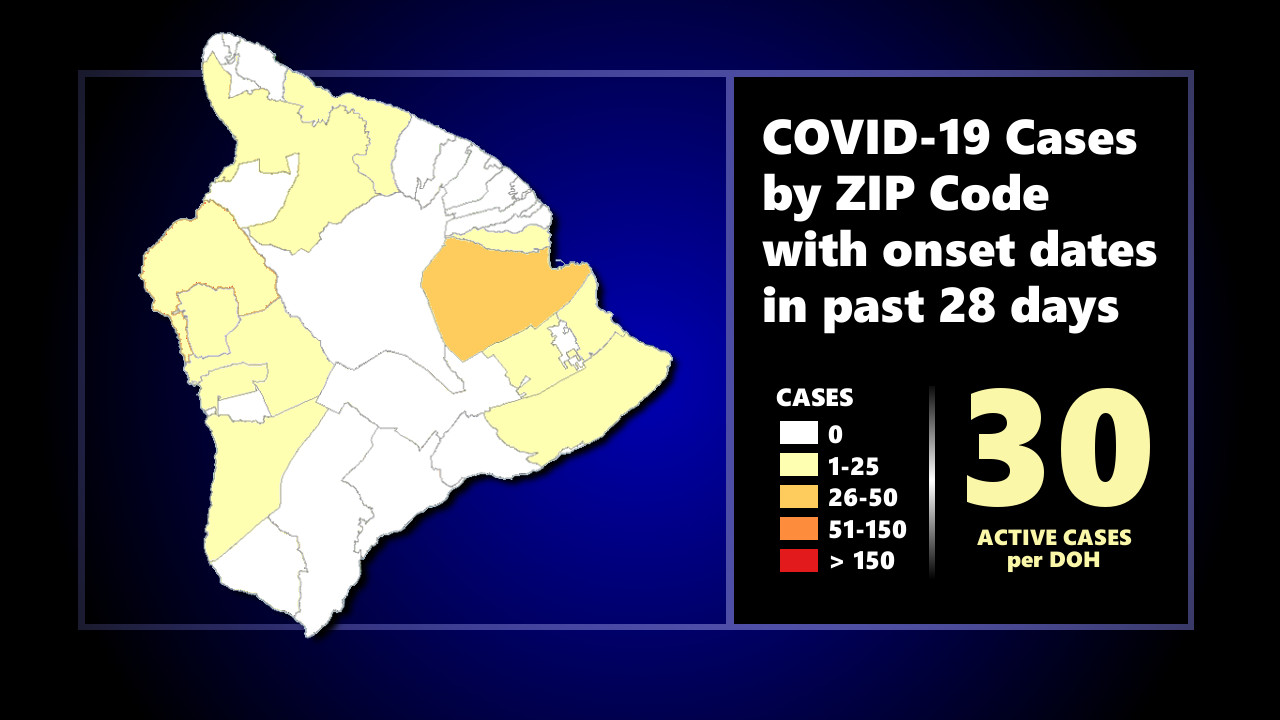 BIVN graphic features the number of “active” cases as reported by Hawaiʻi Department of Health today at noon, and a map showing zip code areas with reported cases having onset dates in the past 28 days according to the Hawaiʻi health department.

(BIVN) – It was another day of over 200 newly reported cases of COVID-19 in the State of Hawaiʻi, the health department says.

There were also three (3) more deaths added to the count. One death was reported on Wednesday. Two more were reported today.

An O‘ahu man, older than 60-years-old and a Lānaʻi man, 40-59 years old raise Hawai‘i’s COVID-19 death toll to 45. The O‘ahu victim had an underlying health condition, was hospitalized and passed away on August 15. The Lānaʻi man also had underlying health conditions and had been hospitalized on Maui. His death is believed to be travel related. 230 of the newly reported COVID-19 cases today are on O‘ahu, with five (5) on Hawai‘i island and one (1) from Maui for a total of 236 new cases.

On Hawaiʻi island, 134 of the 164 total cases have been released from isolation, indicating that 30 cases on the Big Island are active cases.

There has been a change to health department’s zip code area map showing reported cases with onset dates in the past 28 days on Hawaiʻi island. Hilo has turned light orange, indicating that it has surpassed 26 cases in the last 28 days.

Governor Ige also announced the signing of the Twelfth Proclamation for COVID-19. His office stated:

Governor Ige extended sympathies and condolences to the family and friends of the two latest victims to pass from COVID-19, noting that each and every death is a tragedy for all of Hawai‘i. At a news briefing this afternoon the governor announced that he has signed a twelfth supplementary emergency proclamation that extends the COVID-19 emergency period through Sept. 30. This proclamation leaves in place the 14-day mandatory quarantine requirement for out-of-state travelers and the inter-island travel quarantine only for travelers arriving in the counties of Kaua‘i, Hawai‘i, Maui and Kalawao (Kalaupapa). The proclamation also empowers the counties to establish an Enhanced Movement Quarantine (EMQ) through agreements with resort or hotel facilities (further details below). Participating travelers would be required to stay in clearly defined geographical areas and ensure limited contact with those not subject to self-quarantine.

“We continue to work on digitizing and refining the travel screening process as well as developing enforceable, safe alternatives to self-quarantine,” said Gov. Ige.

The proclamation also mandates that “all persons must wear masks in compliance with the county orders, rules and directives approved by the governor,” and extends the prohibition on evictions for non-payment of rent until September 30.