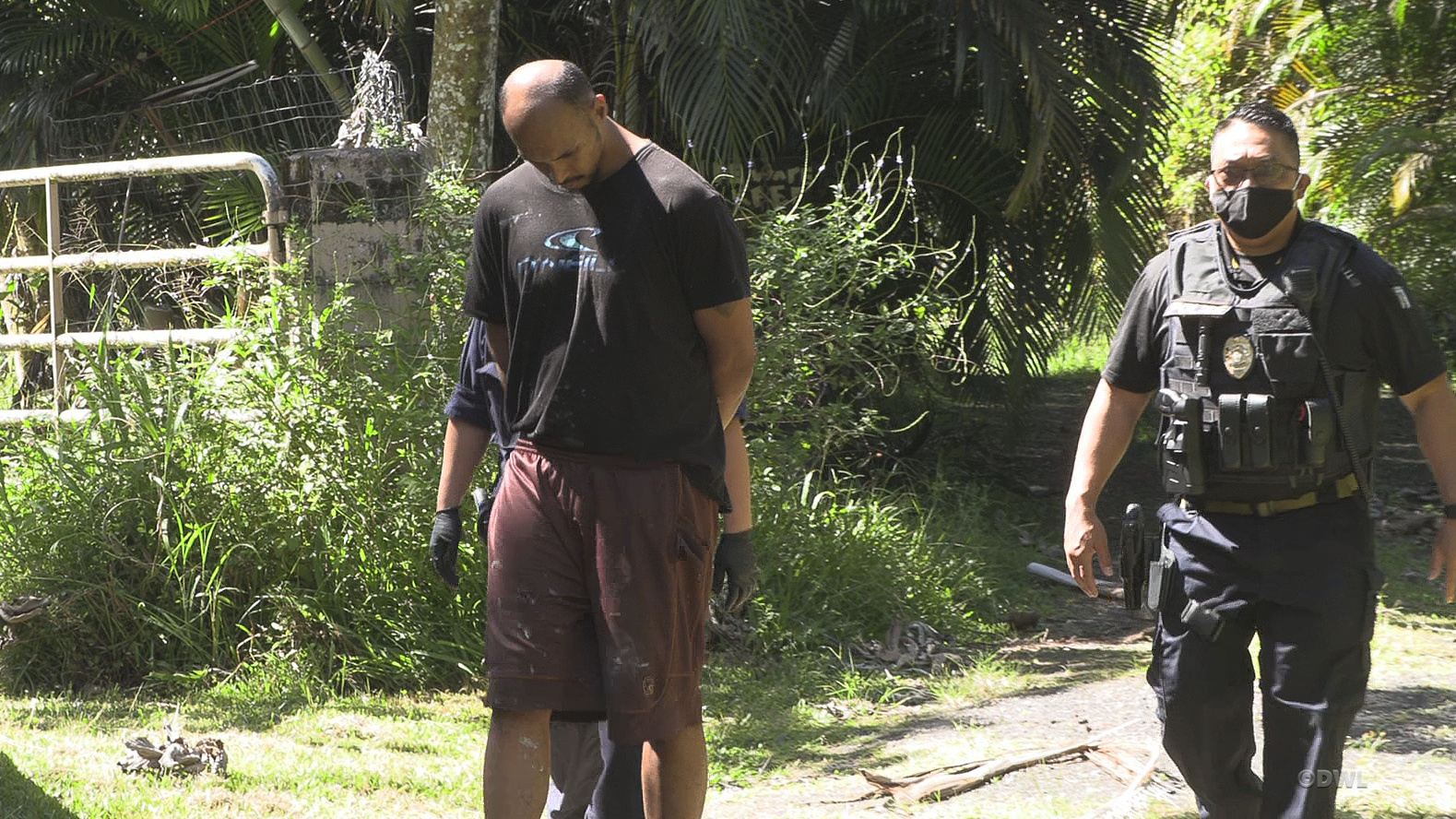 photo of the suspect from the scene of the arrest

PUNA, Hawaiʻi - No one was injured during the apprehension, police say. The suspect was reportedly armed with a long rifle. 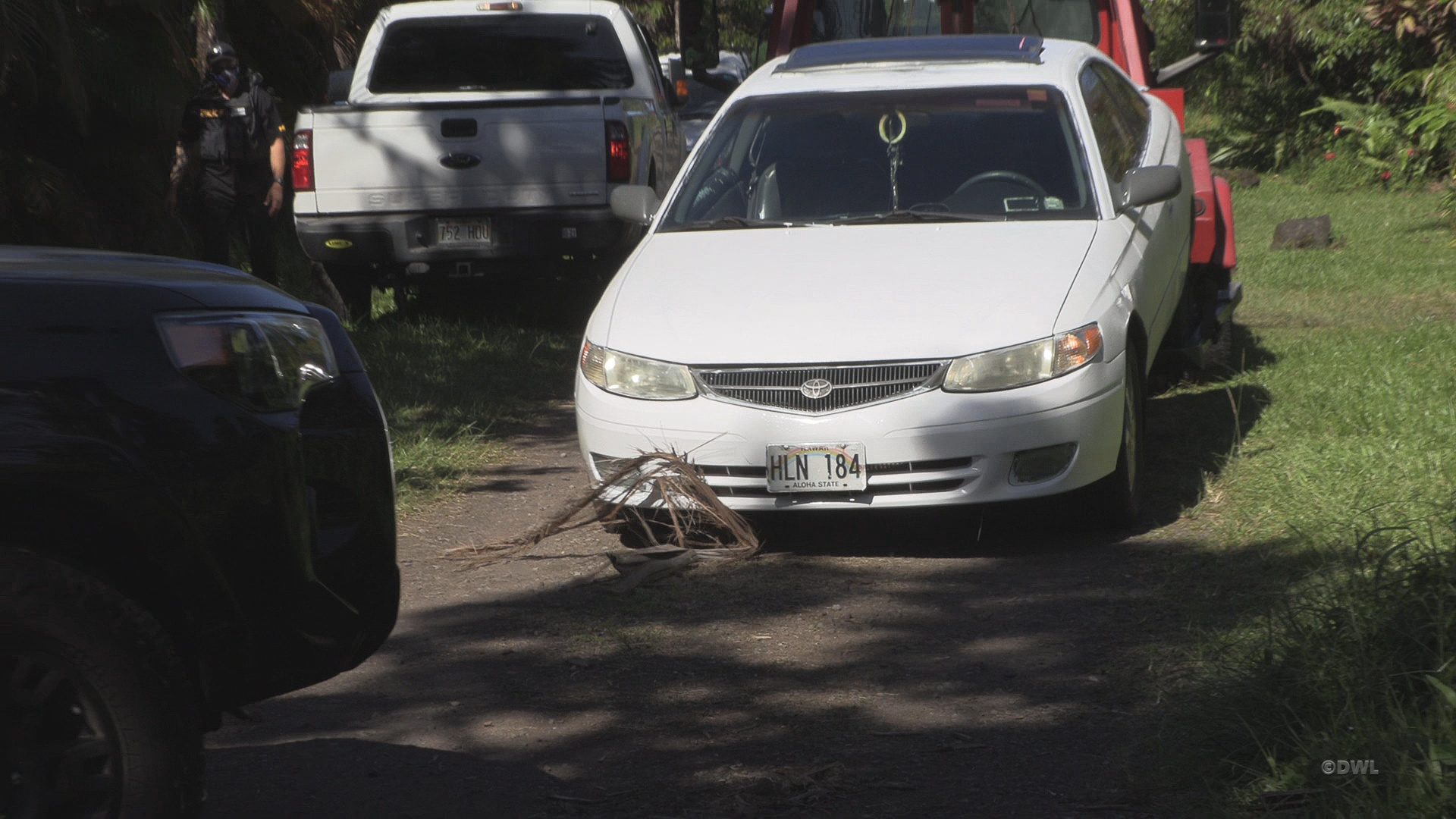 photo of the vehicle from the scene of the arrest

Wallace was taken into custody Friday at 2:30 p.m. in Orchidland. No one was injured during the apprehension, police say.

Wallace was the subject of an all points bulletin and police warned the public that he should be considered armed and dangerous. 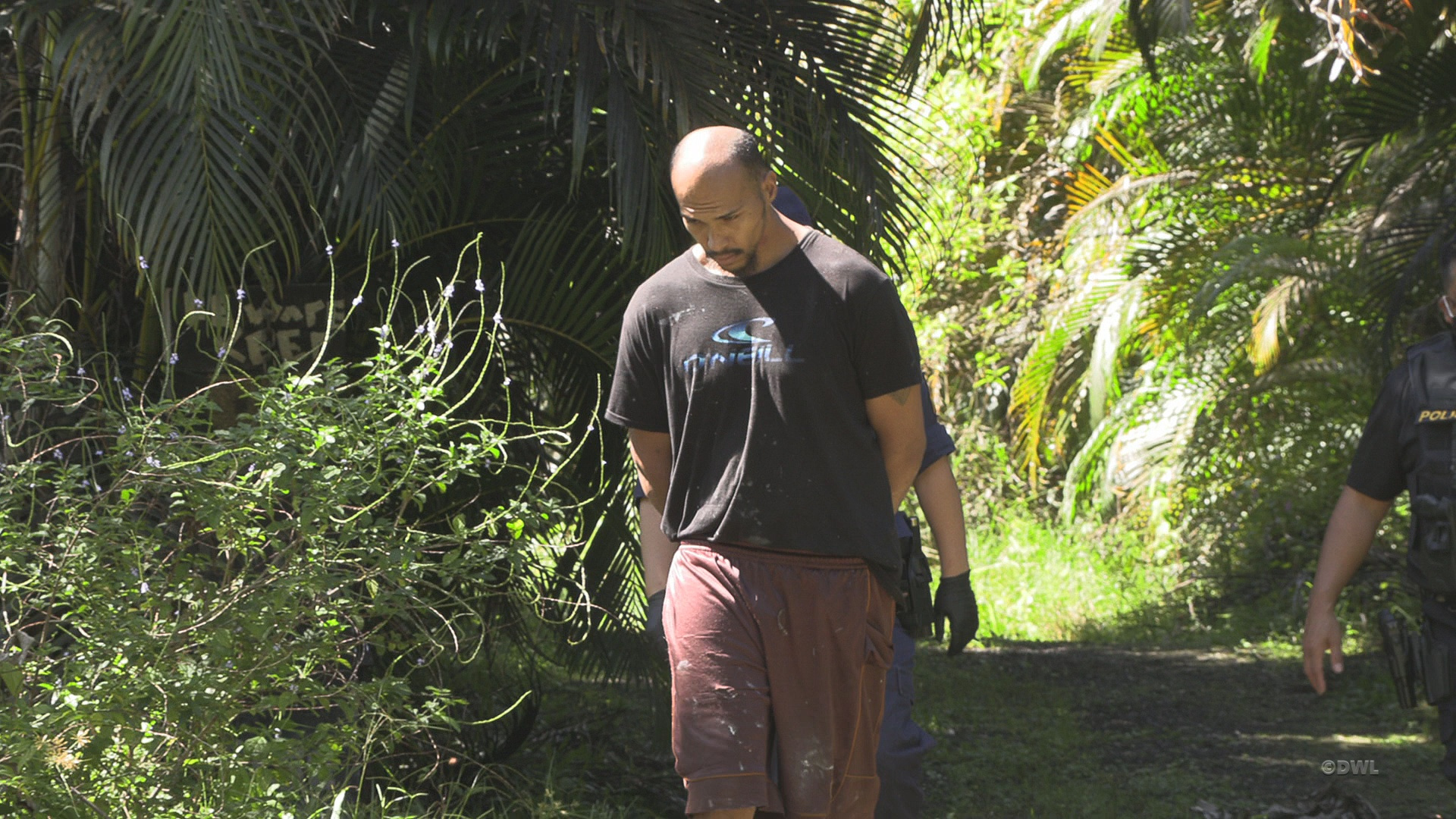 photo from the scene of the arrest

On Tuesday afternoon, police responded to a report of a shooting on N. Kulani Road in Mountain View, and found 26-year-old Peter C. Grammar lying in the roadway. He was pronounced dead at 2:04 p.m. at Hilo Medical Center.

An autopsy determined that Grammar died due to a gunshot wound to the chest. The manner of death is homicide, police said.

Police say Wallace Jr is being held in the police cellblock.