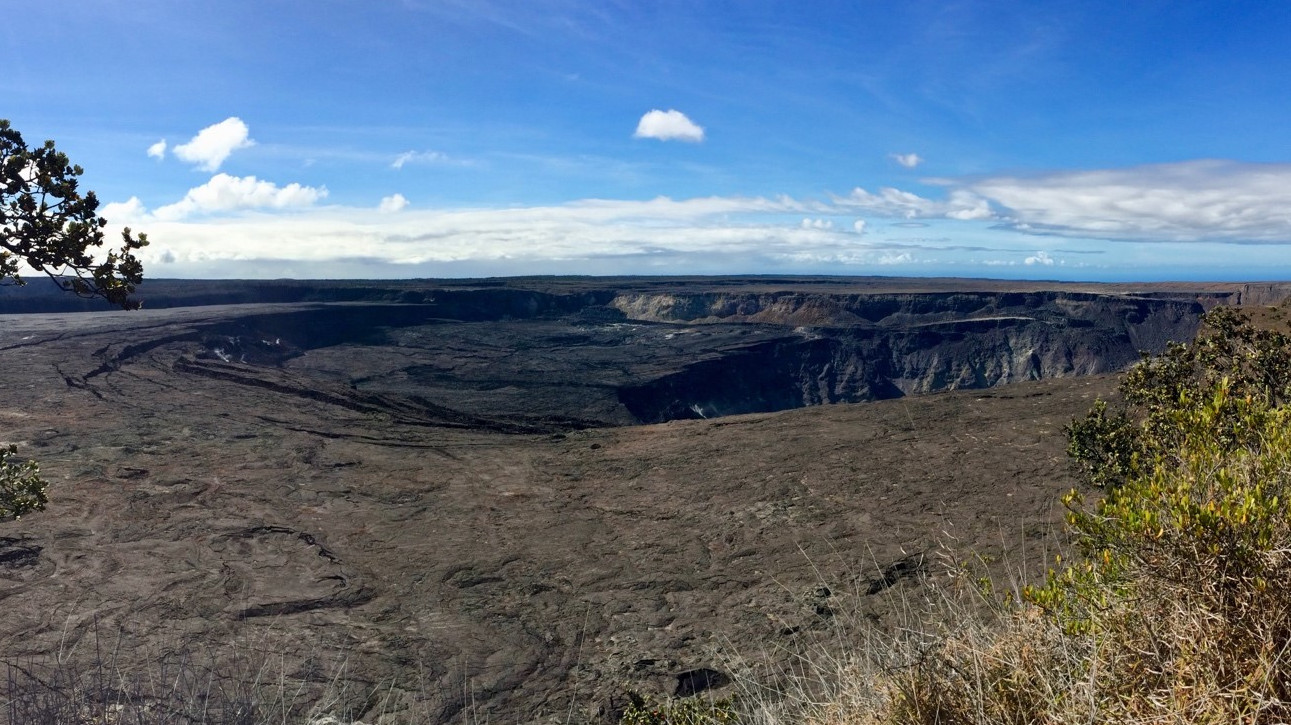 VOLCANO WATCH: Under Kilauea Summit, 80% Of Magma Still In Reservoir

HAWAIʻI VOLCANOES NATIONAL PARK - With the reopening of the Kīlauea Overlook to the public for the first time since the 2018 eruption and summit collapse, scientists discuss what is below the volcano.

Last week, Hawai‘i Volcanoes National Park was able to open the Kīlauea Overlook to the public for the first time since the lower East Rift Zone eruption and summit collapse in 2018. The viewing location offers a new perspective on the breathtaking summit collapse structures and the major changes those collapses had on Kīlauea’s landscape.

From May 16 until August 2, 2018, pieces of Kīlauea caldera dropped downwards in a series of 62 individual collapse events. At the end, the deepest part of Halemaʻumaʻu had descended 500 m (1600 feet); more than enough to fit the Empire State Building. The eastern section of the caldera floor was lowered by 140 m (460 feet), creating a new cliff face in the interior of Kīlauea caldera just as high as the caldera cliff face under Kīlauea Overlook.

While these collapses were happening, it was clear the summit would never look the same. Those of us watching at the USGS Hawaiian Volcano Observatory (HVO) also wondered if the underlying summit magma system would ever behave the same.

Prior to 2018, geophysical data showed a complex system of magma storage chambers under Kīlauea summit. One of the most prominent was a shallow chamber (about 1.6 km or 1 mile deep) under Kīlauea caldera, called the Halemaʻumaʻu reservoir. This reservoir was connected to the surface via a conduit that formed the Overlook crater and supplied lava to the summit lava lake.

The first clue about the post-collapse state of the shallow reservoir came in October 2018 when summit tiltmeters picked up a phenomenon called a deflation-inflation event (DI-event). Before the 2018 collapses, DI-events occurred regularly and could be observed from summit tiltmeter records and in the changing lava lake height. Together these data showed that the shallow Halemaʻumaʻu reservoir was deflating and re-inflating repeatedly.

While DI-events were clearly observable at Kīlauea’s summit, tiltmeters near Puʻu ʻŌʻō recorded similar motions just with a slight time delay. The fact that pressure changes during the deflation and inflation of the summit reservoir could be transmitted so directly to Puʻu ʻŌʻō was an indication of how closely connected the East Rift Zone was to the summit magma system.

It was with a little excitement that the first clear post-eruption DI-event was observed in October 2018. The shape and size of the event was very similar to pre-eruption DI-events, indicating that the shape and size of the shallow Halemaʻumaʻu reservoir must not be too different from its pre-eruption state. Furthermore, tiltmeters on the East Rift Zone showed a faint trace of a DI-event just following the October event. This indicated that the close connection between the shallow Halemaʻumaʻu reservoir and the East Rift Zone still exists.

Since then, a more in-depth analysis has been done that gives us more clues about the shallow Halemaʻumaʻu reservoir. In a December 2019 article in Science magazine, USGS scientists detailed how deformation data from the intense deflation of the summit magma chambers during the first weeks of the 2018 eruption, together with observations of the descending lava lake, allowed them to calculate the total amount of magma in the Halemaʻumaʻu reservoir more precisely than ever before.

So, while the surface of Kīlauea caldera has undergone a major remodel, underneath, the magma plumbing system still works in much the same way did before. This is reassuring, because it means that what we’ve learned about Kīlauea’s magma system over the past several decades can still be applied to our current monitoring efforts. It also means that we can continue to improve our understanding of the 2018 eruption by using observations we make now. The 2018 eruption has already provided incredible insights into Kīlauea’s structure and behavior and we look forward to learning even more.