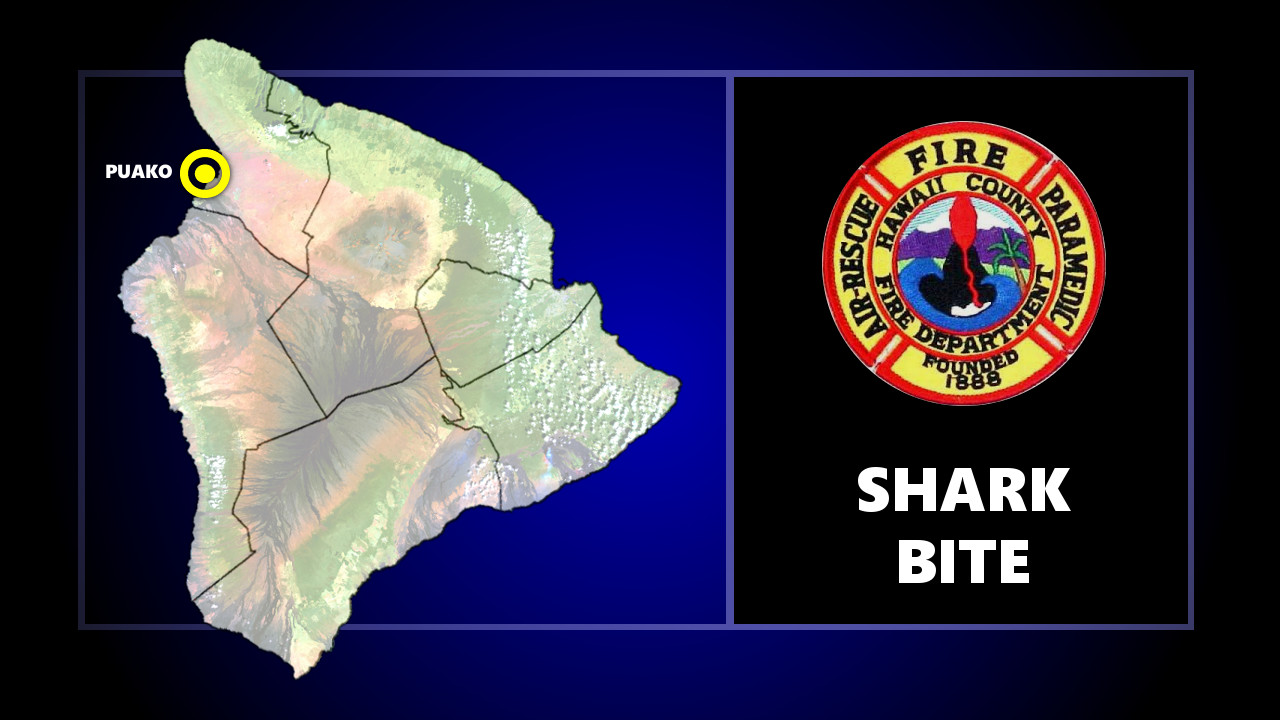 PUAKŌ, Hawaiʻi - A woman who said she was snorkeling in 10 feet of water off Puakō Beach Drive was taken to the hospital after an apparent shark bite.

(BIVN) – A woman was sent to the hospital Sunday evening after sustaining an apparent shark bite to the ankle while she was in the waters off Puakō.

The Hawaiʻi County Fire Department says that the 70-year-old female reported she was snorkeling in 10 feet of water “when she was bitten on the ankle by an 8 foot shark.”

The woman was able to get to shore on her own, fire officials say, and an “off duty ocean safety personnel” provided bleeding control prior to the arrival of emergency medical services.

The woman was transported to North Hawaiʻi Community Hospital in stable condition, the fire department says.

A County helicopter searched the Puakō coastline with negative findings.