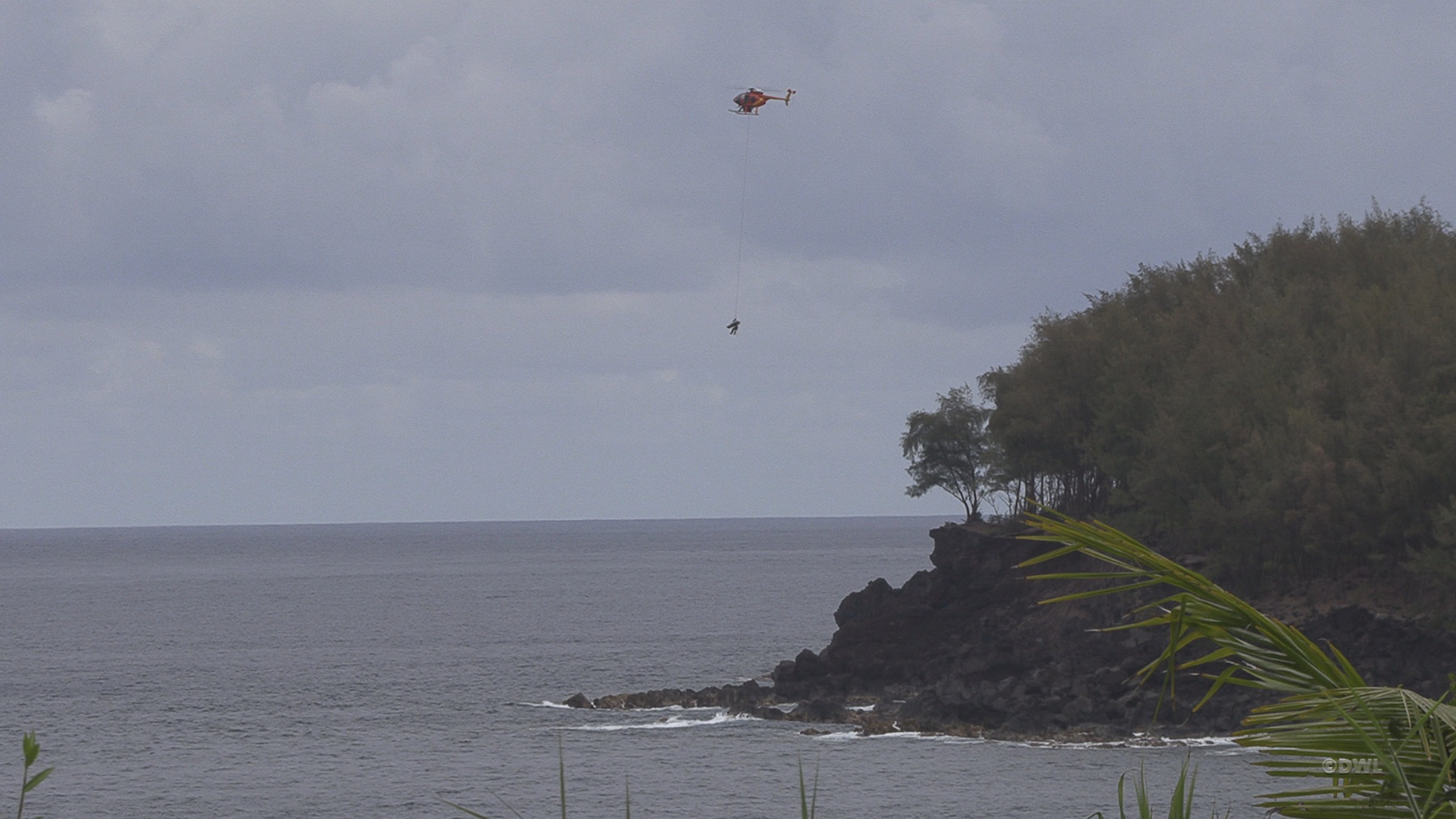 PUNA, Hawaiʻi - An 18 and 20 year old male were found at the bottom of a 35 ft cliff on a rocky outcropping at the oceans edge, the fire department says. 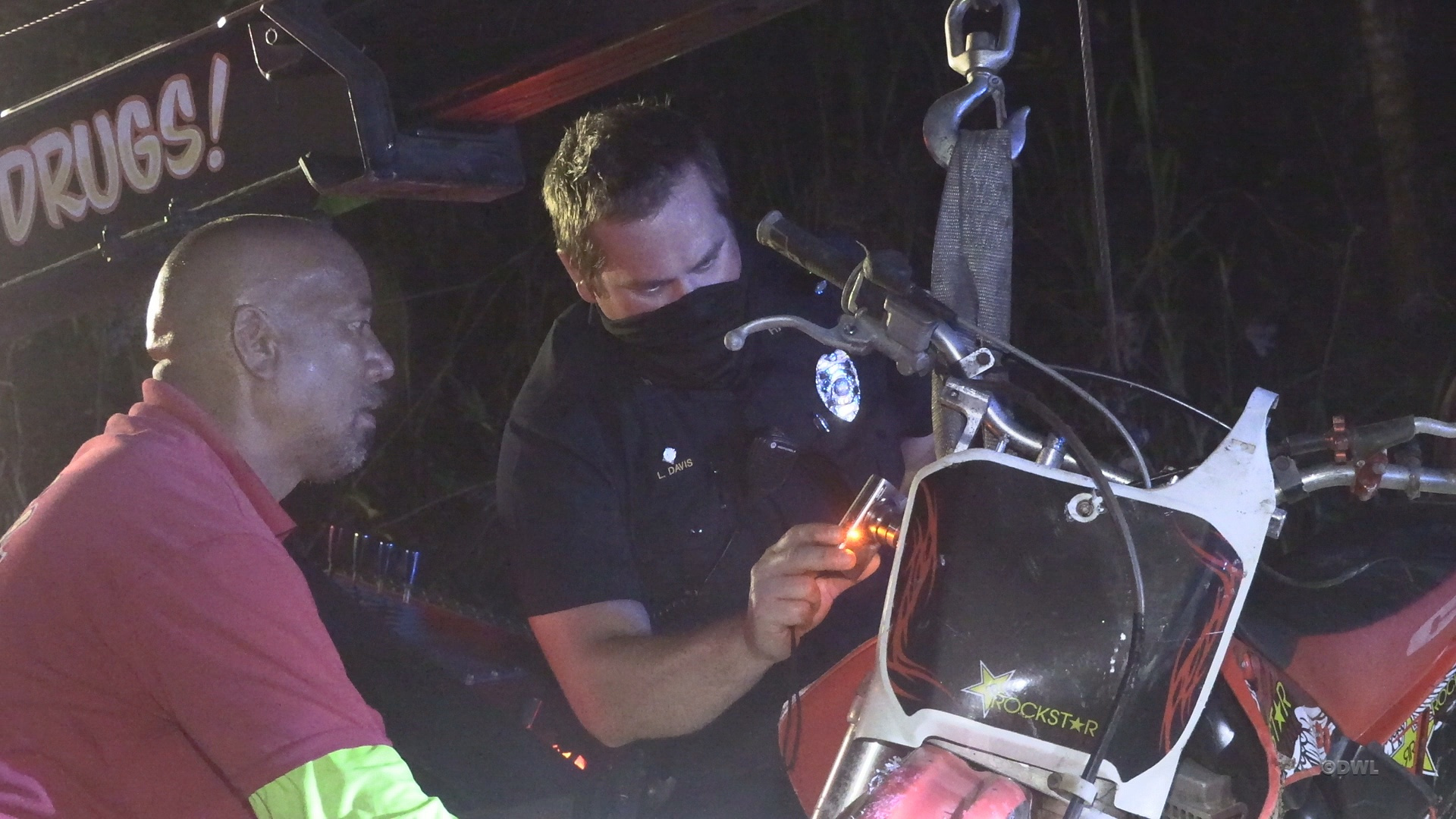 Police examine the motorcycle after the fall victims were airlifted out. Photo by Daryl Lee

Hawaiʻi County Fire Department Battalion Chief Matthias Kusch said that one of the victims reportedly drove a dirt bike motorcycle off the cliff and fell over 35 feet to a rocky ledge below.

A bystander who responded to the dirt bike fall also fell when the edge of the cliff gave way, Kusch said.

Company 10, rescue company 02, medic 18 and battalion 1B were dispatched to the scene.

The fire department later wrote that Company 10 personnel were able to make it down the cliff to the two injured persons, and a landing zone was set up for a rescue chopper to airlift the fall victims.

Firefighters say the 18 year-old male party “was awake, alert and oriented with multisymptom traumatic injuries.” The 20 year-old male was unresponsive with a severe head injury.

The fire department says the 18 year-old “was airlifted first in full spinal precautions”, and taken to the awaiting units at the landing zone. He was transported to Hilo Medical Center emergency room in serious condition.

The 20 year-old male “was initially treated for cardiac arrest on scene but efforts were discontinued due to extent of injuries, elapsed time of life saving efforts and direction from medical control. He was also airlifted to awaiting units where he was released to HPD for further investigation.”

Battalion Chief Matthias Kusch desribed Sand Hill as a remnant of a puʻu that has been eaten away on the ocean-side, and is a known area for fishing and dirt bike riding.