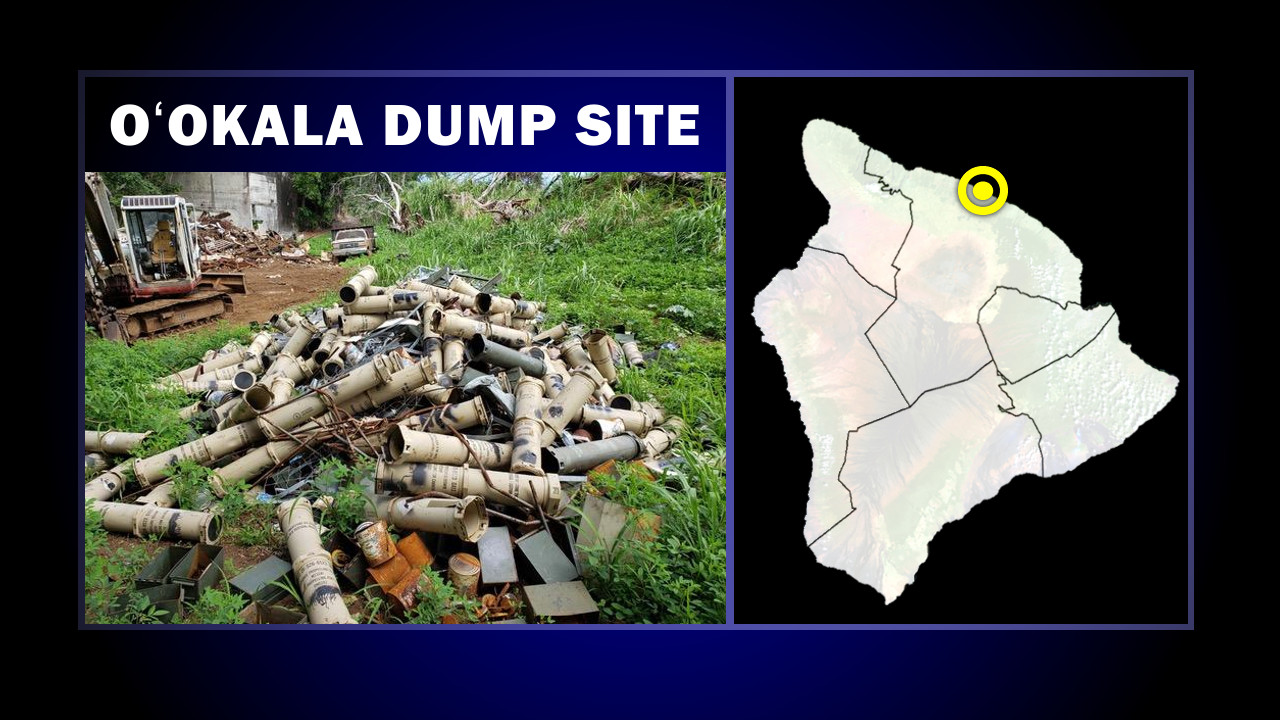 OʻOKALA, Hawaiʻi - The junkyard at the old Oʻokala Mill site appears to include military waste, abandoned vehicles, and animal remains, and the community is not happy about it. 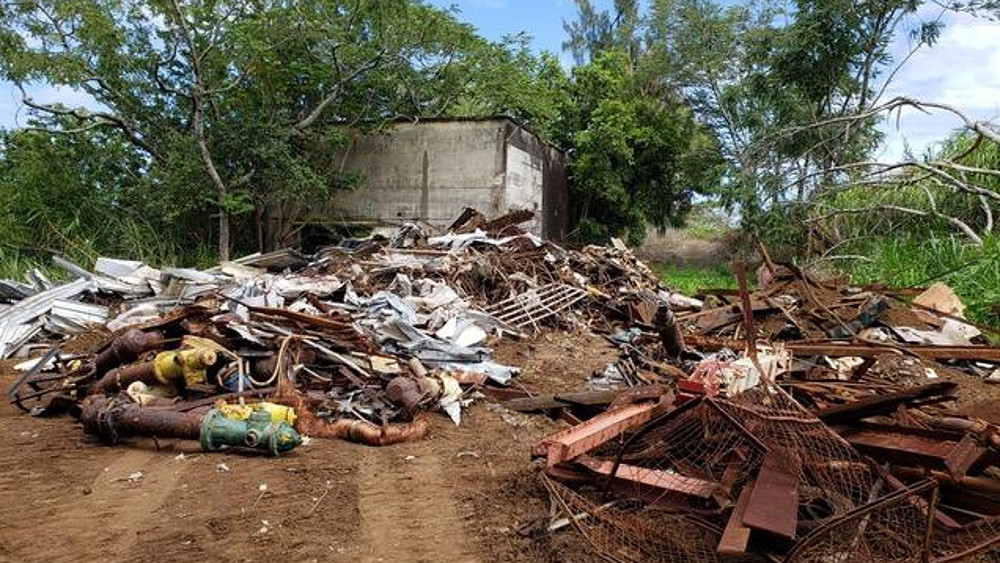 (BIVN) – State and County officials are looking into the dumping of waste at the old Oʻokala Mill, including the “apparent illegal and unauthorized” disposal of military munition storage and shipping containers.

Councilwoman Valerie Poindexter, who shared photos of the junkyard, said she has been getting calls from her community about the issue. Poindexter also witnessed dump trucks bringing loads of waste to the site. She noted that there also appears to be cattle slaughtering at the site, based on the animal remains that were spotted at the location. She also said the site was full of abandoned vehicles, including a fire truck. 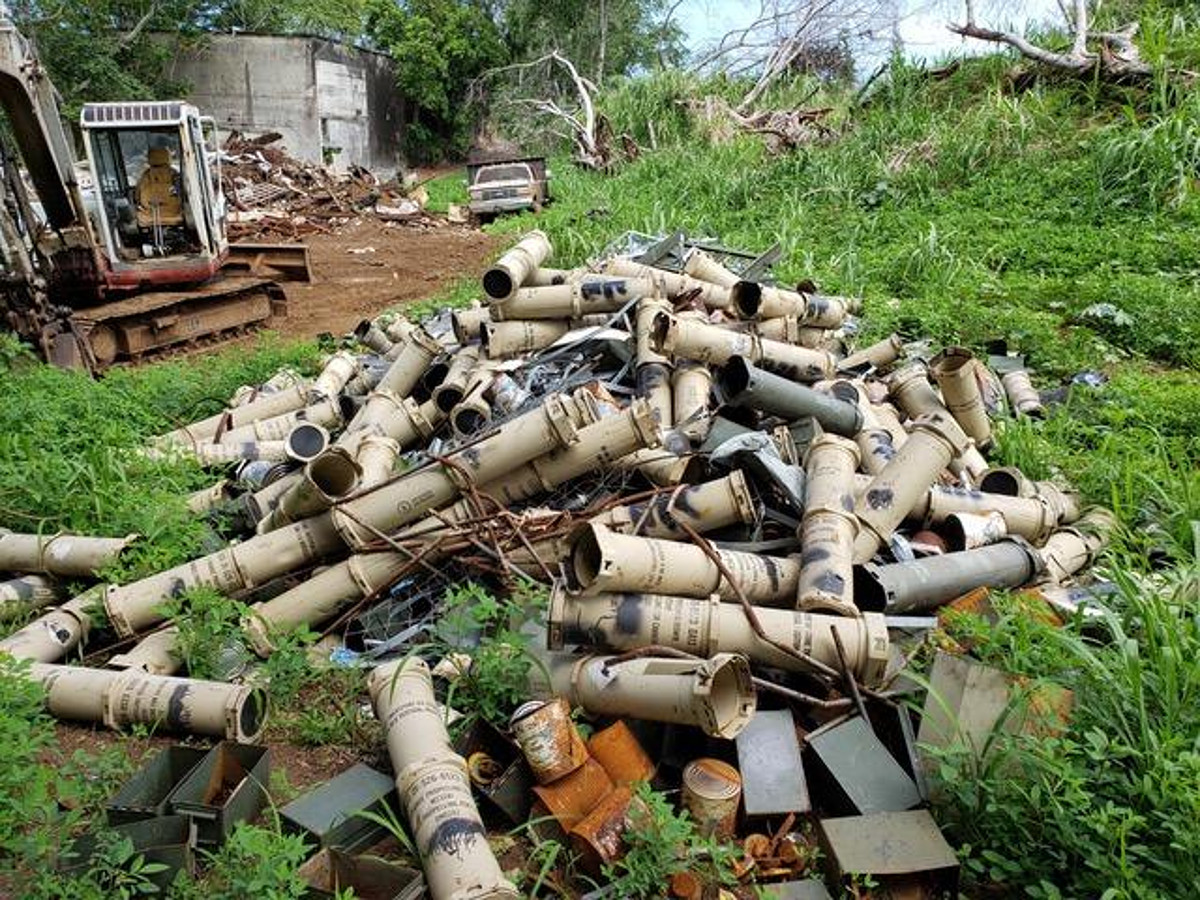 On Tuesday, the U.S. Army at Pōhakuloa Training Area issued this statement on the situation:

On Monday, the leadership of the U.S. Army at Pōhakuloa Training Area (PTA) was made aware by Hawaii County Civil Defense of the apparent illegal and unauthorized dumping of waste at a site on the Hamakua Coast, near the town of O‘okala, Hawai‘i Island.

The discarded refuse and recyclables found at the site include military munition storage and shipping containers, metal rebar, and vegetable/fruit cans.

“Safety is definitely our top concern. Based on the reported military items, we assess there is no imminent risk to human health or the environment from the improperly discarded military items,” said Lt. Col. JR Borce, PTA commander.

“The Army will transparently work with the Hawai‘i Department of Health and local officials to help determine what happened, and if needed assist in clean up as permitted by law,” Borce added.

PTA does not dispose of large-item recyclable or scrap material. Instead, the Army hires contractors to perform that work under strict contracts. These contracts explicitly contain robust environmental protection clauses where contractors promise to meet and comply with all applicable environmental laws and provisions.

Army contractors are required to dispose solid waste refuse at an off-post location permitted by the Department of Health. Contractors agree to remain solely responsible for remedying all Federal, State and local environmental and safety violations or noncompliance issues.

“At PTA we work very hard to reduce and recycle solid waste to the greatest extent possible,” Borce said. “To hear that those efforts appear to have been undermined in this instance is disturbing and absolutely unacceptable.”

The U.S. Army at PTA is fully cooperating with the Department of Health and Hawaii County officials in the investigation into this apparent illegal and unauthorized dumping.