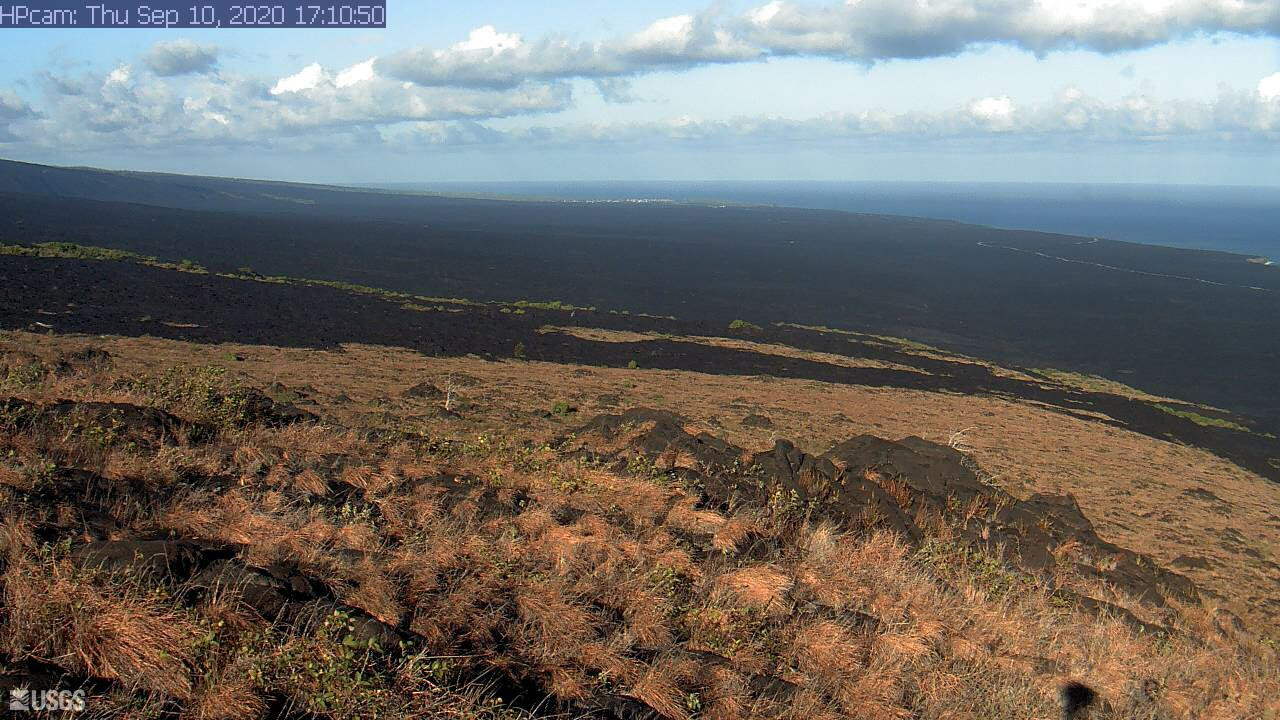 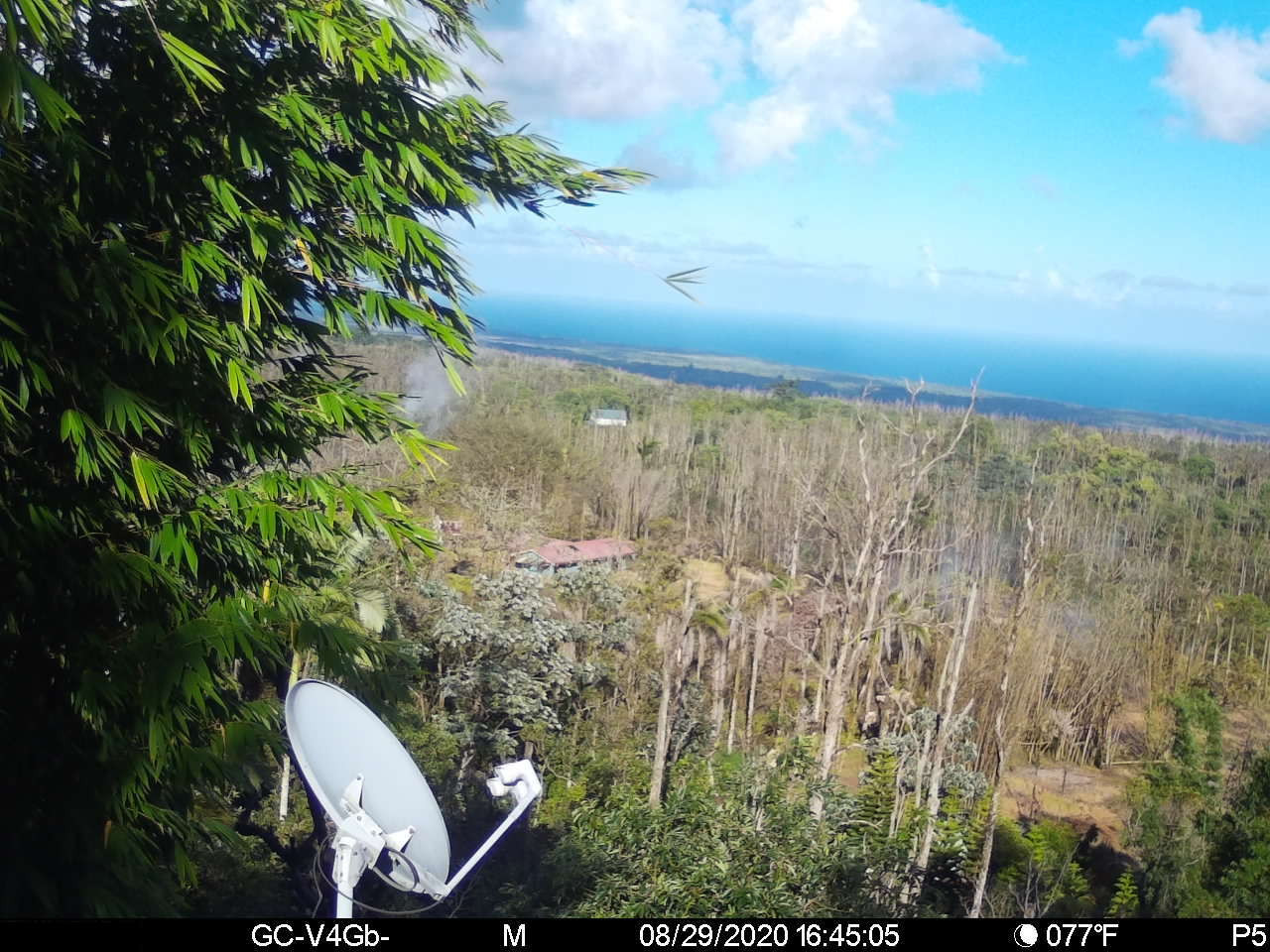 Over the past two decades, the USGS Hawaiian Volcano Observatory (HVO) has set up a camera network system to monitor visual changes at Kīlauea and Mauna Loa volcanoes. This network was designed for the volcanic activity of the time and captured the two long-lived eruptions of Kīlauea at the summit and East Rift Zone up close.

While this camera network design was ideal for the previous eruption locations on Kīlauea’s rift zone and summit, future eruptions could occur elsewhere. We have therefore begun to reconfigure HVO’s camera network to cover a wider area and to fill in “blind spots.”

The current camera network consists of about 30 cameras, including 7 on Mauna Loa, 21 clustered around Kīlauea summit and Puʻu ʻŌʻō on the middle East Rift Zone, and 2 along Kīlauea’s lower East Rift Zone.

On Kīlauea, the new camera network will widen the monitoring coverage to cover visual gaps between Kīlauea summit and Mauna Ulu, between Puʻu ʻŌʻō and the lower East Rift Zone, and Kīlauea’s Southwest Rift Zone.

Additionally, more cameras are being planned to watch over the lower elevations of Mauna Loa’s lower Southwest Rift Zone near the subdivision of Ocean View Estates, and all elevations of Mauna Loa’s Northeast Rift Zone. While 2 web cameras (webcams) watch over the southern part of Moku‘āweoweo, we will try to improve their transmission to provide images in near real-time, like the rest of the network. Finally, we are planning new cameras to watch over the northern part of Moku‘āweoweo and the radial vents. 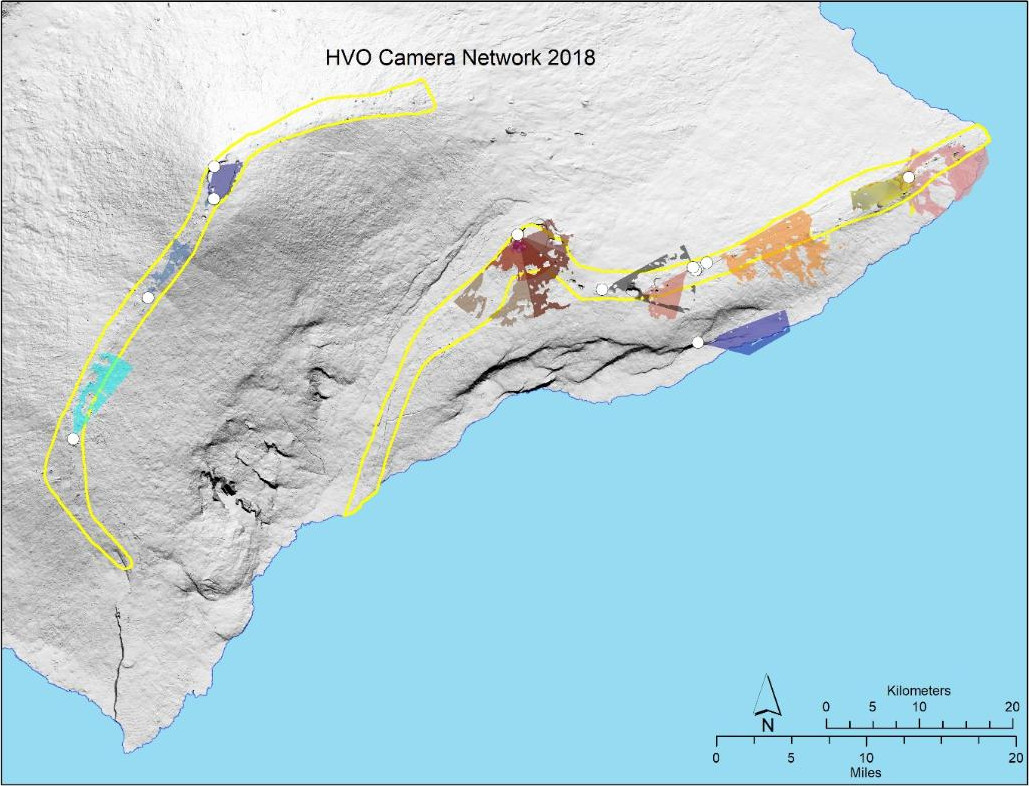 Map of the USGS Hawaiian Volcano Observatory’s current camera network coverage. Lava-flow hazard zone 1 is outlined in yellow. Color-shaded areas are visible to at least one camera in the current network. We would like to expand the network so that it covers the grey-shaded areas in zone 1 as well. If your property has a good view of unshaded areas in zone 1, and you are willing to host a camera, please email HVO at askhvo@usgs.gov.

The HVO camera network 2.0 is intended to permanently monitor all areas designated as lava-flow hazard zone 1, where vents are most likely to open in any eruption, not just the next one. The total camera count will remain around 30 cameras for the permanent network.

In addition to this first “tier” of permanent cameras, HVO will also leverage 2 collections of temporary-deployment cameras for a 3-tiered camera network approach. While the permanent network is meant to provide the broadest coverage, it may not always provide the close-up details that are of most interest and value to scientists, emergency response agencies, and the public.

The 2nd tier will be “campaign cameras.” These will be semi-portable webcams for installation in remote locations. They will record and document localized hazard evolution and volcanic processes. They will remain deployed for 1–5 years as conditions warrant. An existing camera (called “R3”) at Puʻu ʻŌʻō is an example of a campaign camera.

The 3rd tier will be the “eruption cameras.” They are intended for short-term use (the duration of an eruption) as emergency-response cameras for hazard monitoring as well as detailed scientific studies. Their benefit is that they are easily deployed almost anywhere, but their drawbacks include short lifetime operations, frequent maintenance and—as we learned in 2018—these cameras are more susceptible to theft. The time-lapse cameras that documented ocean entries from Puʻu ʻŌʻō and the cellular game cameras deployed during 2018 are examples of this “eruption response” type of camera.

The outpouring of citizen science during the 2018 eruption of Kīlauea was incredible. Because of that experience, when new geophysical and camera stations were installed rapidly with landowner permission, we would like to try something new with the camera network. If you have a good view of one of the camera network “blind spots” and are willing to host an HVO web camera on your property, please email HVO at askhvo@usgs.gov.

The cameras are self-contained with their own power and communications. The maximum footprint is 4 ft by 4 ft (slightly larger than 1 m by 1 m) but some systems can be much smaller. We cannot install a camera on every property, but we are interested to meet residents or other landowners who are willing to work with HVO to help grow our monitoring camera network to its full potential.