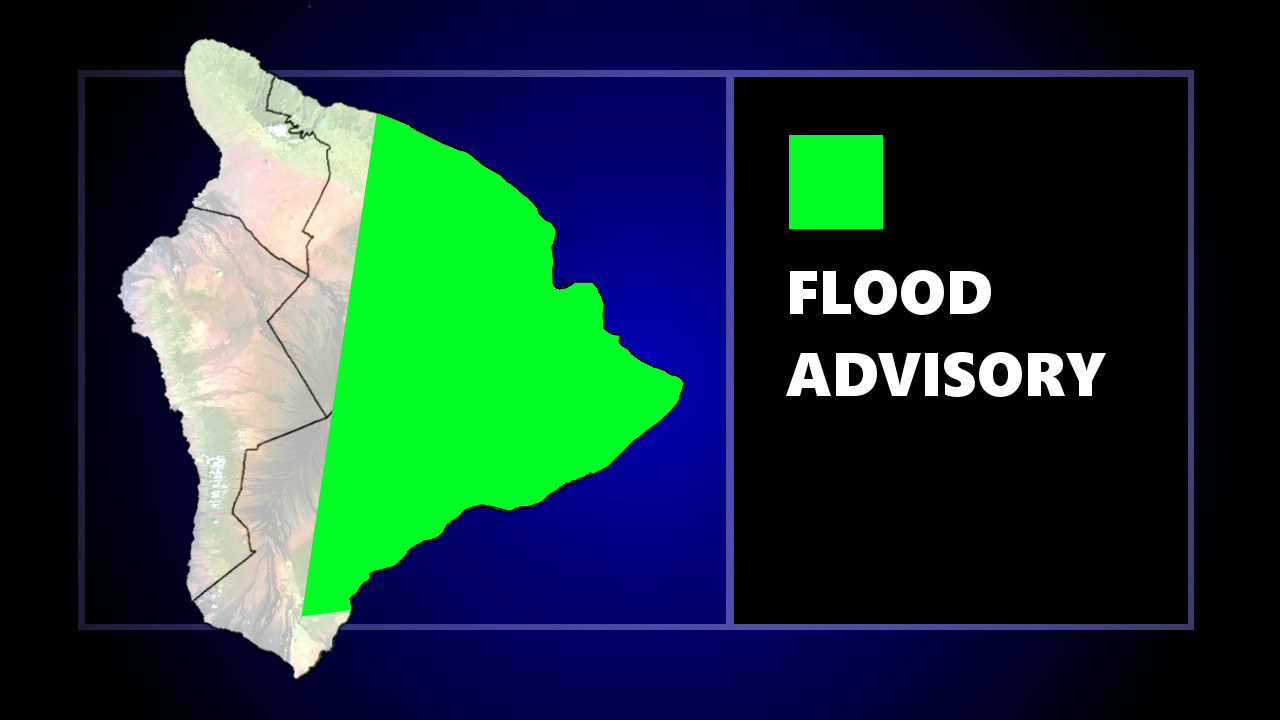 UPDATE – (9:55 p.m.) – The National Weather Service in Honolulu has extended the Flood Advisory for East Hawaiʻi until midnight. From the NWS:

At 8:51 p.m. HST, radar showed rainfall persisting over the Kau and Puna Districts, while gradually diminishing over the north and south Hilo Districts. Many areas have received 4 to 6 inches of rain in the last 6 hours, and water levels in many windward streams, although gradually receding, are higher than they have been in months.

UPDATE – (6:15 p.m.) – The National Weather Service in Honolulu has extended the Flood Advisory for East Hawaiʻi until 9 p.m. Wednesday evening. From the NWS:

At 550 PM HST, radar showed showers continuing to stream into the windward side of the Big Island, leading to nuisance flooding and significant stream rises. Up to 7 inches of rain has fallen so far today at Piihonua, with widespread rainfall amounts of 3 to 6 inches just in the last 6 hours. This is leading to widespread ponding of water.

(BIVN) – The National Weather Service in Honolulu has issued a Flood Advisory for a large area of East Hawaiʻi, including Hilo, Puna, Hāmākua, and parts of Kaʻū.

The advisory is in effect until 6 p.m. HST.

At 3:01 p.m. HST, radar indicated heavy rain near Hilo, forecasters said. Rain was falling at a rate of 1 to 2 inches per hour.

This advisory may need to be extended beyond 6 p.m. HST if heavy rain persists.