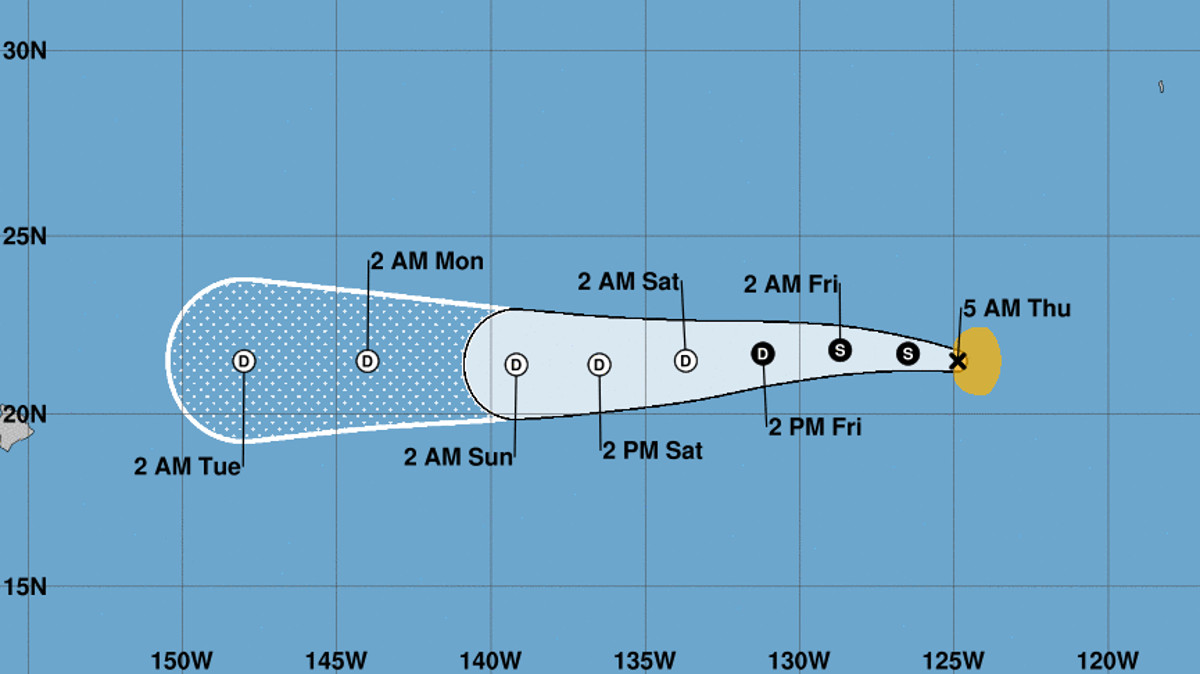 Tropical Storm Lowell Should Be Remnant Low Before Nearing Hawaiʻi

HAWAIʻI - Tropical Storm Lowell is forecast to slowly weaken as it moves west, and it is expected to degrade into a post tropical, remnant low before it nears Hawaiʻi. 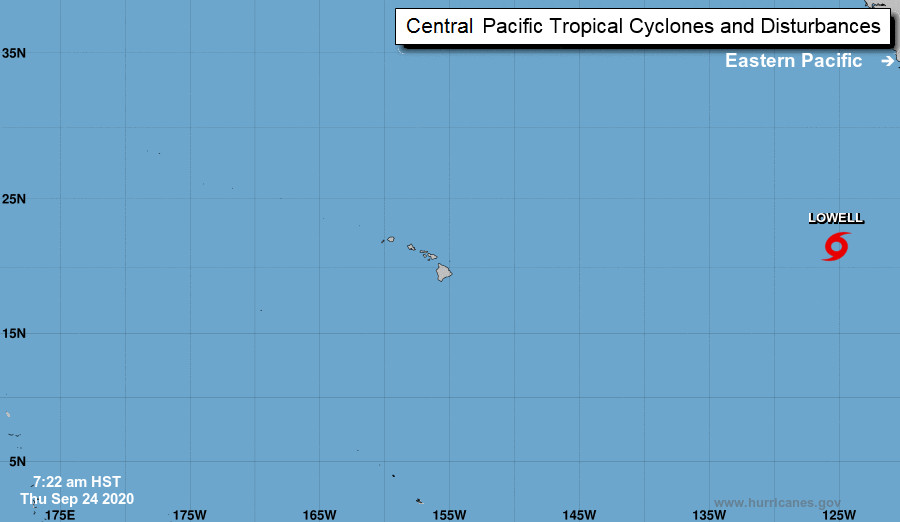 (BIVN) – Tropical Storm Lowell, about 1,945 miles east of Hilo in the Eastern Pacific, is anticipated to gradually weaken, becoming a  remnant low by early Saturday well before it nears Hawaiʻi.

Lowell is heading west northwest at 12 mph, with maximum sustained winds are near 45 mph with higher gusts.

From the National Hurricane Center in Miami, Florida at 5 a.m. HST:

Lowell hasn’t changed much. Cloud tops associated with the areas of remaining convection east of the lowly tropical storm’s center have warmed slightly during the past few hours, but not enough to change satellite intensity estimates. The intensity is therefore held at 40 kt, in line with earlier ASCAT data.

Virtually no change was made to any aspect of the NHC forecast. A mid-level ridge to the north of Lowell will likely steer the tropical storm westward for the next day or two. Lowell will move over gradually cooler waters and should weaken in response. A  favorable upper-air environment may help the tropical cyclone to maintain its convection for up to 36 hours, but an increase in westerly wind shear should put an end to any remaining organized convection after that. Based on simulated satellite fields, several models forecast that it will become a remnant low even sooner than that. Low-level tradewind flow should take over the steering once the cyclone becomes a shallow remnant low, resulting in a slightly faster, but generally similar westward motion. Both the track and  intensity forecasts are nearly identical to the multi-model consensus throughout the forecast period. 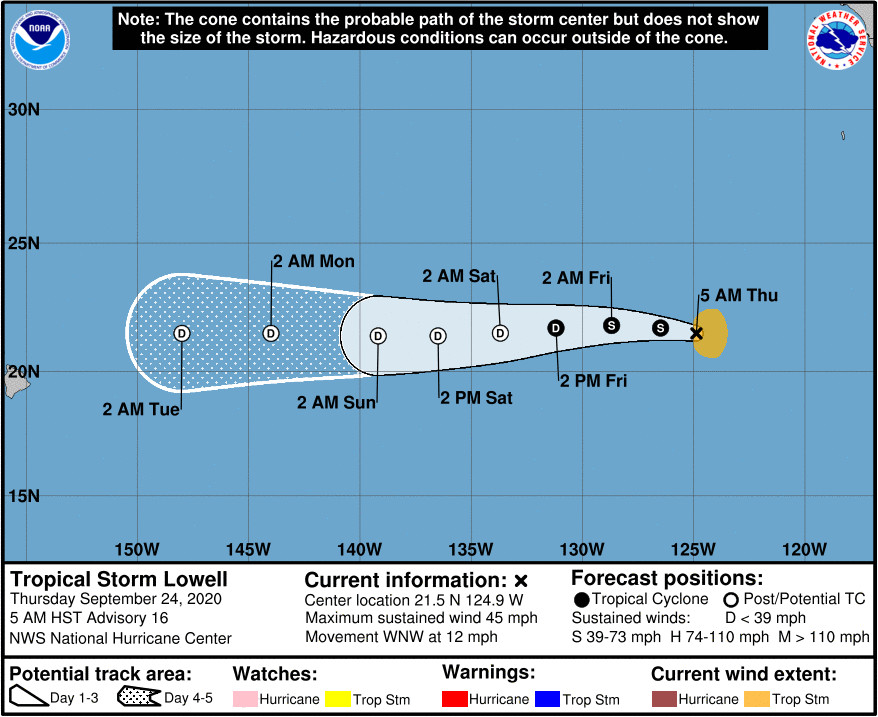