HAWAIʻI ISLAND - A virtual open house was held on Wednesday as part of the scoping period for the Army Training Land Retention at Pōhakuloa environmental impact statement. 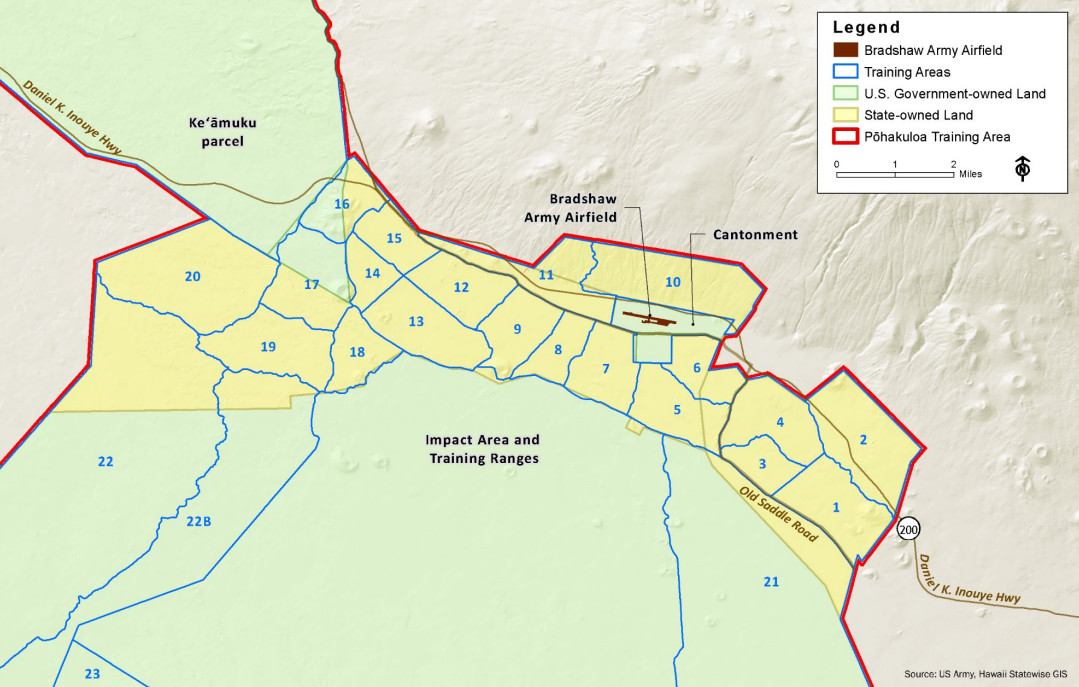 (BIVN) – The U.S. Army is proposing to retain up to 23,000 acres of State-owned land at Pōhakuloa in support of continued military training, and the environmental review for the proposal is underway.

On Wednesday, a virtual open house was held as part of the initial scoping period for an eventual Environmental Impact Statement for the Army’s proposed land retention.

“This scoping event was originally planned to be an in-person open house; however, the COVID-19 pandemic has necessitated we think outside the box to ensure a safe environment for the public and our staff,” one of the presentations at the open house stated. “In accordance with interim Army procedures during the pandemic and due to uncertainties regarding COVID-19 restrictions while planning for scoping, this event was intentionally designed with the public’s safety in mind and to reduce potential exposure to COVID-19 while still providing ample opportunity for public participation.”

According to the Army, the proposed retention “will preserve access between major parcels of U.S. Government-owned land in PTA, retain substantial Army infrastructure investments, and allow for future facility and infrastructure modernization. Loss of this land would substantially impact the ability of the Army to meet training requirements and mission of readiness.”

“The Proposed Action does not involve new training, construction, or resource management activities at PTA,” the Army says. “Instead, it is a real estate action that would enable continued military use of the land.”

Alternatives to be analyzed in the EIS include: 1) Full Retention; 2) Modified Retention; and 3) Minimum Retention and Access. The No Action Alternative (no retention of State-owned land after 2029) also will be analyzed. Other reasonable alternatives raised during the scoping process and capable of meeting the purpose and need of the Proposed Action will be considered for evaluation in the EIS, the Army says.

An online forum is being organized by opponents of the proposed Army land retention, and is set for October 2. The forum will include attorney David Kimo Frankel and Dr. Jonathan Osorio, organizers say.