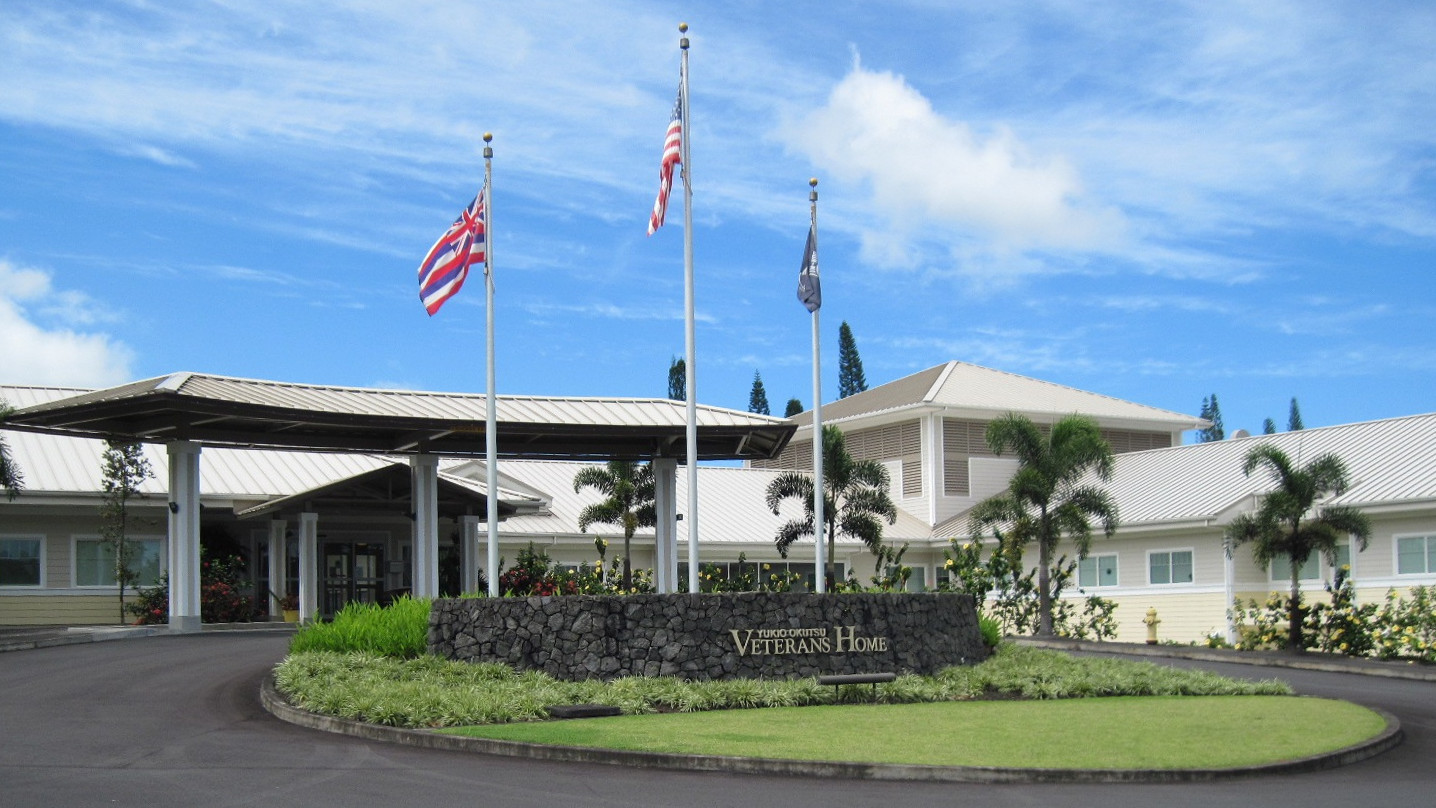 HILO, Hawaiʻi - Avalon Health Care Group will no longer operate the home where 26 residents who were infected with COVID-19 have died, the Hawai`i Health Systems Corporation announced.

(BIVN) – The Avalon Health Care Group will no longer operate the Yukio Okutsu State Veterans Home in Hilo, where an outbreak of COVID-19 has contributed to the deaths of 26 residents.

Avalon has been contracted to manage Hawaii’s only nursing home facility caring for our state’s veterans since it opened in 2007. Despite many years of successful operations, the recent, unfortunate outbreak of COVID-19 in the facility has caused a reassessment by the East Hawai`i Regional Board responsible for the management contract.

“We are humbled and privileged to be entrusted with caring for our veterans,” said Dan Brinkman, CEO of the East Hawaiʻi Region of HHSC, in a media release. “Over the next several months, we will be collaborating with the Avalon team to safely and effectively complete the transition.”

“Avalon deeply appreciates the service that our nation’s veterans have provided to our country,” said Allison Griffiths, a spokesperson for Avalon Health Care Group, in the same news release. “Throughout the pandemic, Avalon has diligently sought to implement the guidelines of the Hawai`i State Department of Health, the CDC and the Centers for Medicare and Medicaid Services. Avalon has been and continues to be deeply committed to the welfare of all of our residents and will work with HHSC to transition the facility to its leadership.”

Mayor Harry Kim recently called for the removal of Avalon from its management duties at the veterans home.

U.S. Senator Brian Schatz (D-Hawai‘i), who earlier this month called for immediate federal intervention at the facility, said “the recent reports have shown that Avalon is ill-equipped to operate the veterans home and contain this outbreak. Avalon has also been unwilling to take responsibility for their mismanagement so this was the right decision.”

“What happens next will be critical,” Sen. Schatz continued. “The transition plan to a new management team must put the health and safety of patients and staff first. HHSC must also ensure that a change in management does not adversely impact staffing and census in other facilities and that all residents of nursing facilities on Hawai‘i Island receive care in the most appropriate setting.”

“My staff and I will continue to work with federal, state, and local leaders to improve the management at the veterans home and at long-term care facilities across the state,” the senator said.