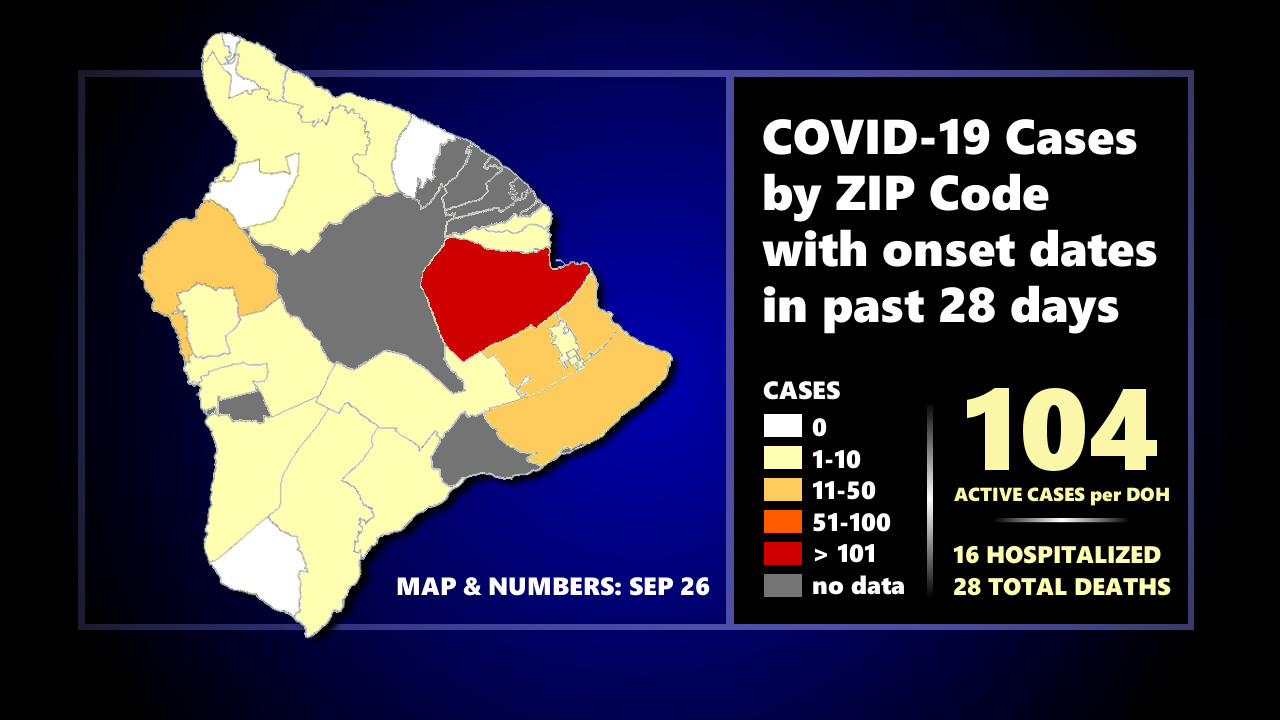 BIVN graphic features the number of active cases reported by the Hawaiʻi Department of Health on Saturday at noon under redesigned reporting methods, and Saturday's map showing zip code areas with reported cases having onset dates in the past 28 days according to the Hawaiʻi health department.

HAWAIʻI ISLAND - There were 127 newly reported cases of COVID-19 in the State of Hawaiʻi on Saturday, and the number of individuals released from isolation has nearly doubled to 10,126. 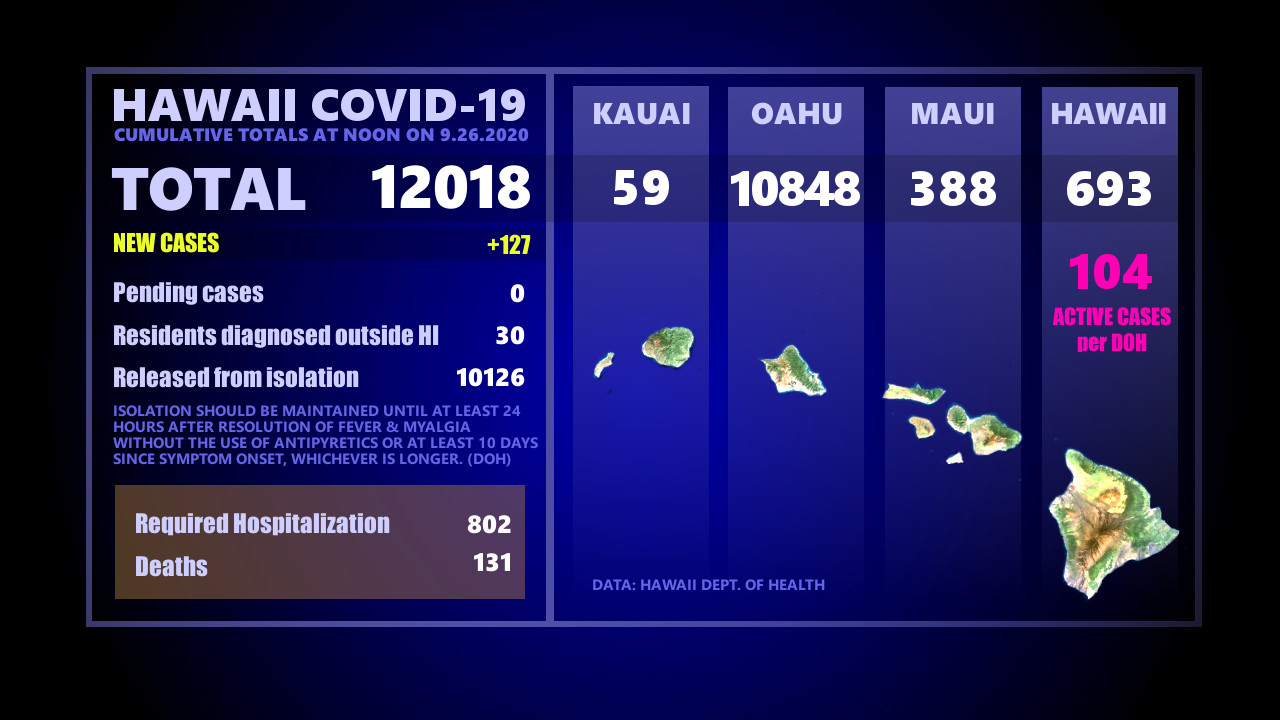 (BIVN) – There were 127 newly reported cases of COVID-19 in the State of Hawaiʻi as of noon on Saturday, the health department announced, and only two (2) of those new cases were identified on Hawaiʻi island.

There was a dramatic change in the reported total number of individuals released from isolation on Saturday. The number nearly doubled from the 5,397 reported on Friday to 10,126 on Saturday. The Hawaiʻi health department offered this explanation:

The Department of Health has been focused on redesigning procedures to maximize effectiveness of COVID-19 case investigation and contact tracing including making a variety of changes to data systems allowing them to be more automated, and to improve timeliness of data entry and validation. Isolation release data completeness was the focus of recent efforts, resulting in a substantial increase in the number of COVID-19 cases currently reported as released from isolation, from 5,397 to 10126.

Hawaiʻi health officials say isolation “should be maintained until at least 24 hours after resolution of fever and myalgia without the use of antipyretics OR at least 10 days have passed since symptom onset, whichever is longer”.

The number of active cases indicated by the State data is calculated using the fifteen (15) reported deaths with COVID-19 on the Big Island that have been officially counted by the State. The actual number of deaths with COVID-19, according to the County of Hawaiʻi and the Hilo Medical Center, is 28 as of Saturday morning. This suggests there is an even lower number of active cases on Hawaiʻi island.

On the health department’s zip code area map showing reported COVID-19 cases with onset dates in the past 28 days, the following locations have totals of over 10 cases:

On Saturday morning, the Hawaiʻi County Civil Defense reported sixteen (16) are hospitalized with COVID-19. The County also commented on the change in the administration of the Yukio Okutsu State Veterans Home in Hilo, stating:

The Governor of Hawaii has announced that the Hawaii Health Systems Corporation will be assuming the management of the Yukio Okutsu Veterans Home from the Avalon Health Care Group. The transition will begin soon, but will take some time before it is in full effect. The highest priority will be placed on a smooth transition in consideration of the residents and staff. The services of the Veterans Administration “Tiger Team” will continue to assist with operations during this transition.

This story may be updated.