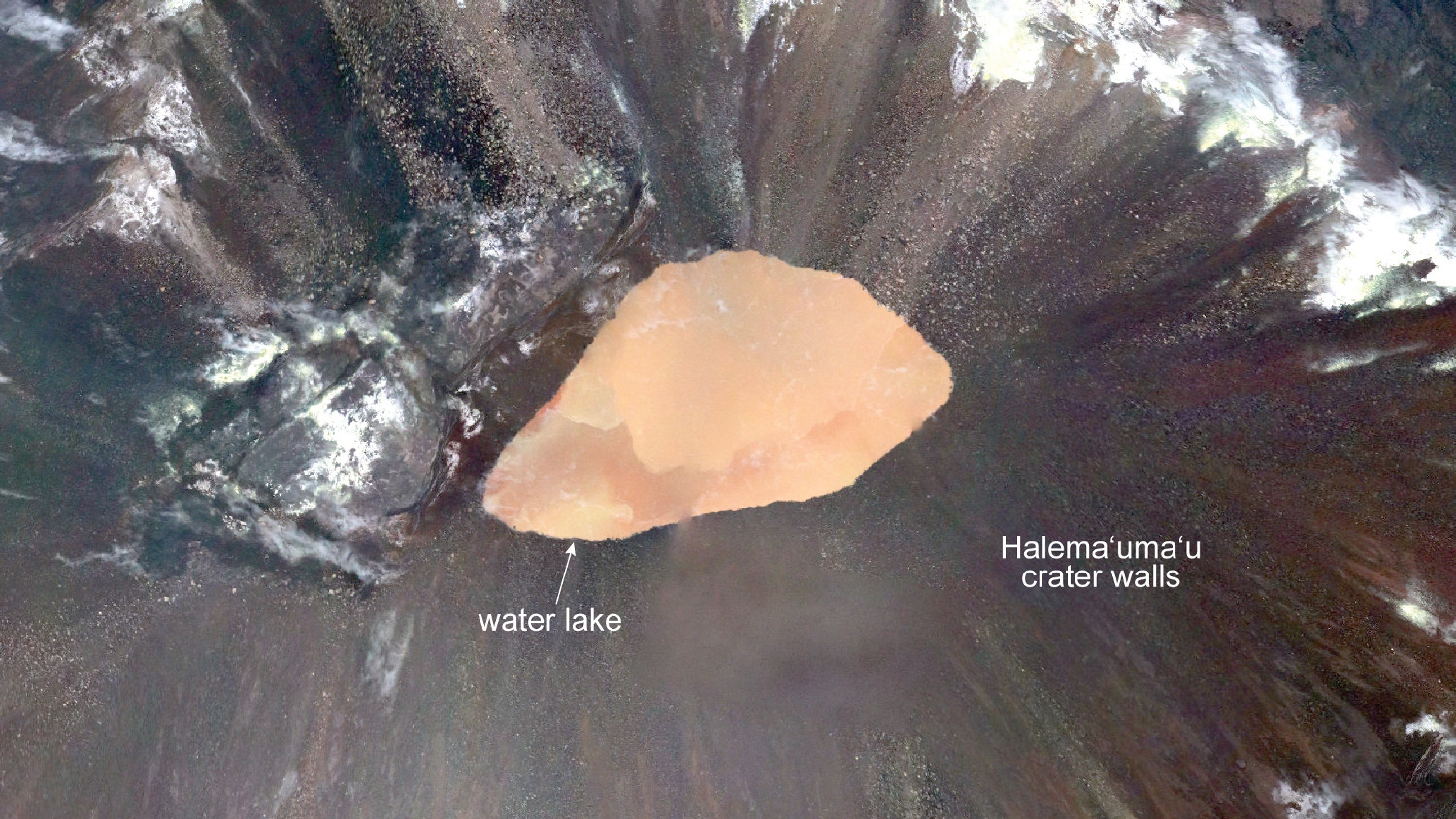 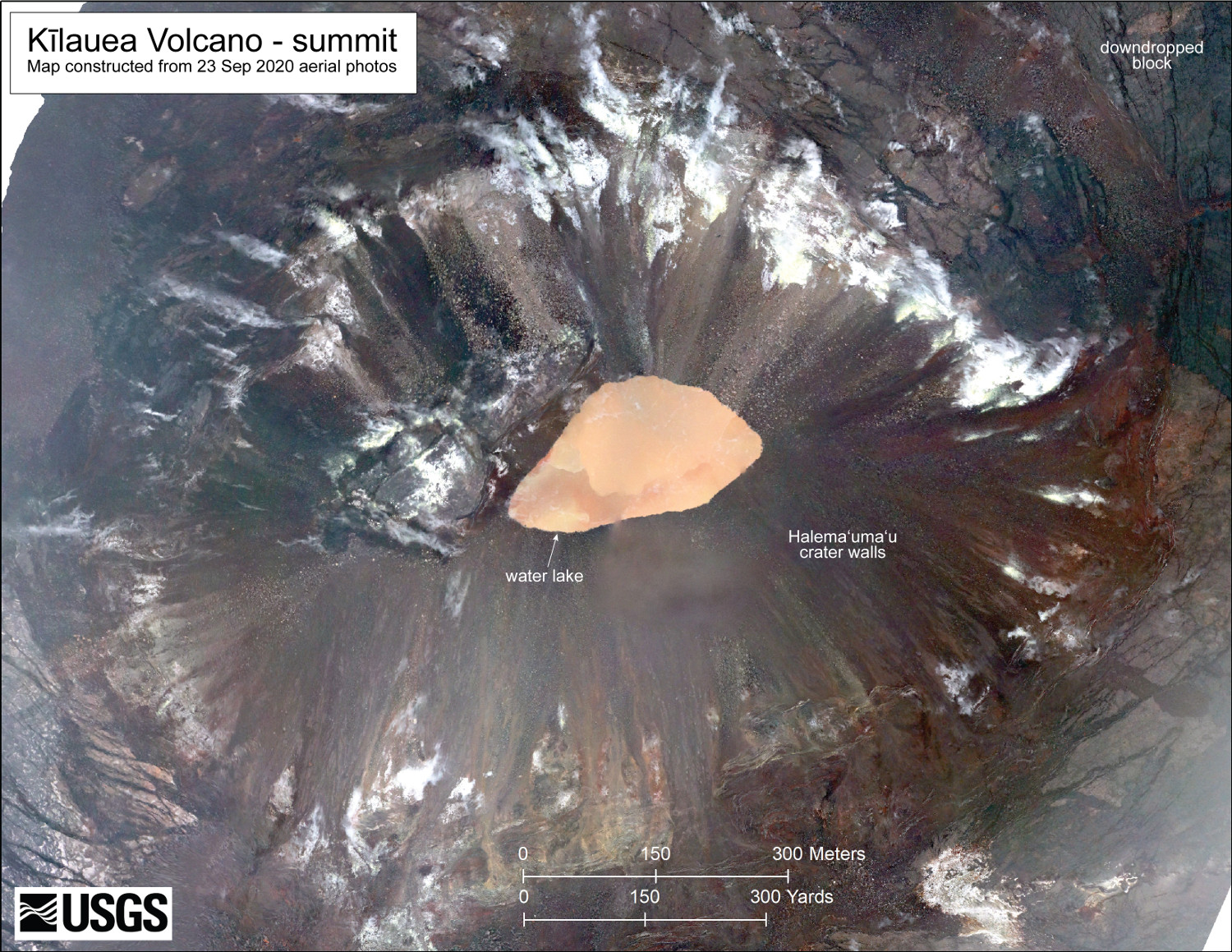 (BIVN) – A new map of the Kilauea summit area has been published to the USGS Hawaiian Volcano Observatory website.

A September 23 overflight provided aerial photos of Kīlauea’s summit that were used to construct an updated map, scientists say. “Poor weather prevented full coverage of the caldera floor, and this map is focused on Halema‘uma‘u,” a USGS caption reads.

At the time of the overflight, the summit water lake was 980 ft. long and had a surface area of 8.2 acres. On May 29 – the date on which the most recent, previous map (below) was published – the lake was approximately 6.2 acres. 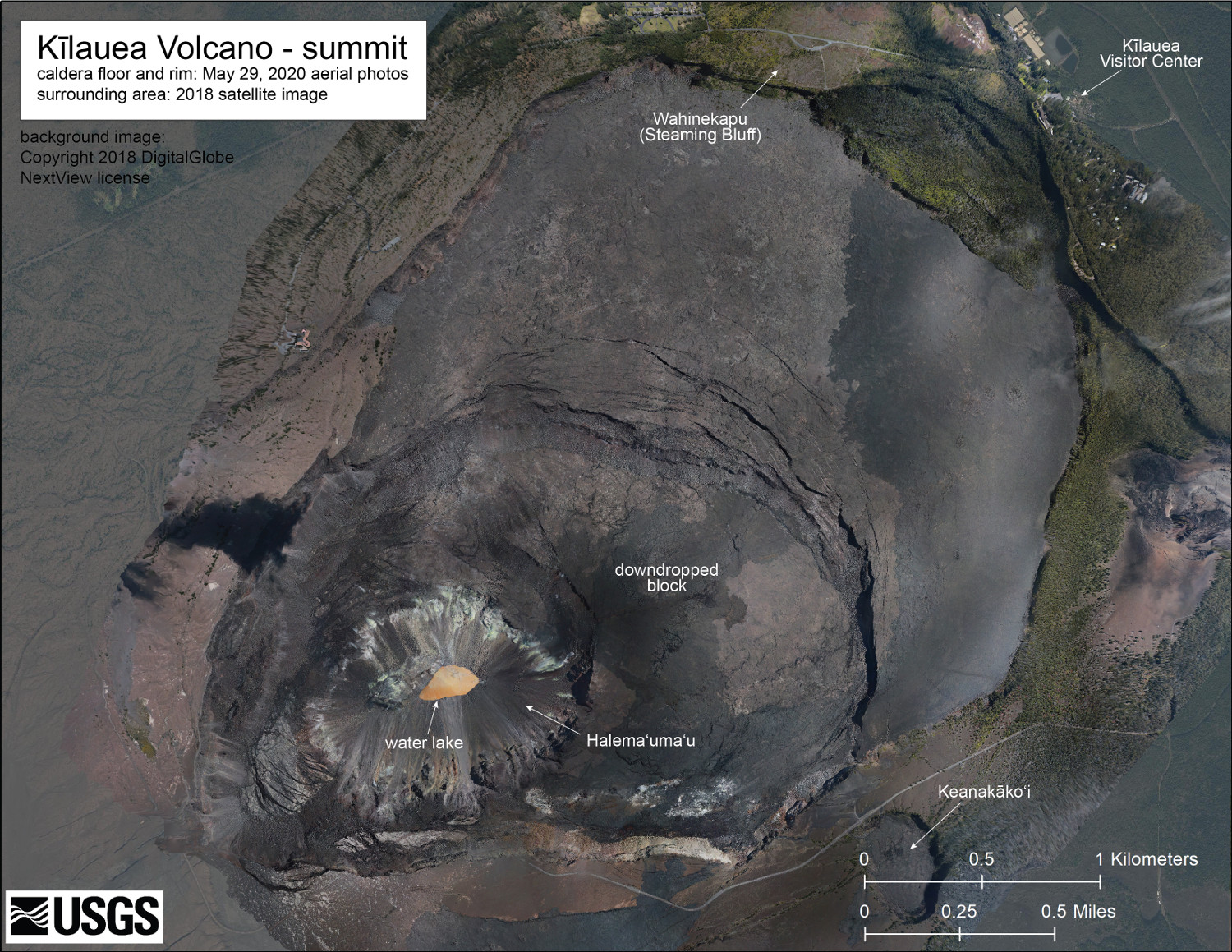 (USGS HVO Map) The May 29 overflight provided updated aerial photographs of Kīlauea summit, covering the caldera floor and showing the current size of the water lake in Halema‘uma‘u crater.

On the new map, the USGS has labelled a “downdropped block”, showing “one of the large portions of the caldera floor that subsided, along with the Halema‘uma‘u region, during the 2018 eruption.”

Kīlauea Volcano is not erupting. “Monitoring data for the month of August show variable but typical rates of seismicity and ground deformation, low rates of sulfur dioxide emissions, and only minor geologic changes since the end of eruptive activity in September 2018,” the USGS HVO wrote in its most recent activity update, published on September 3.