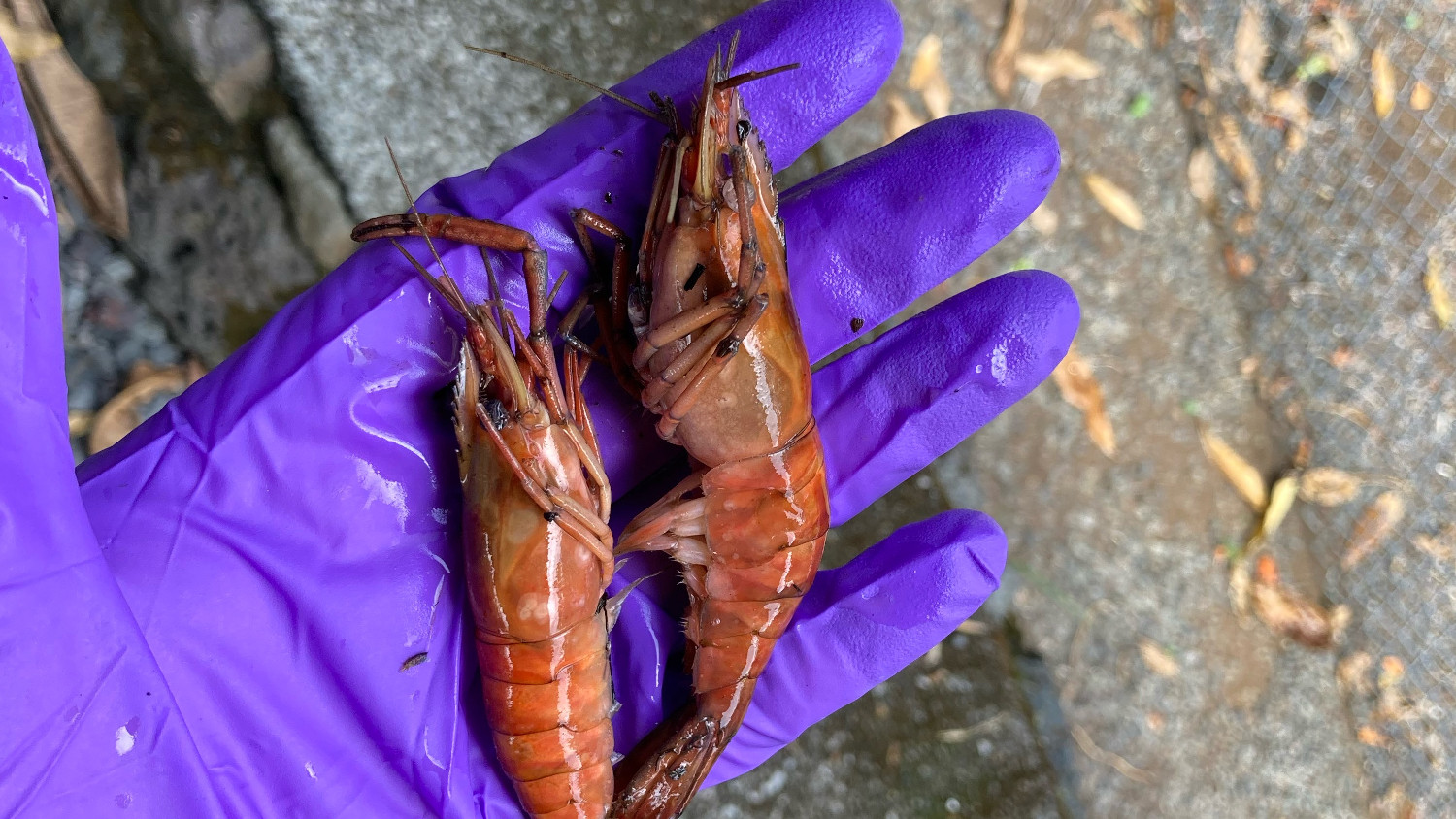 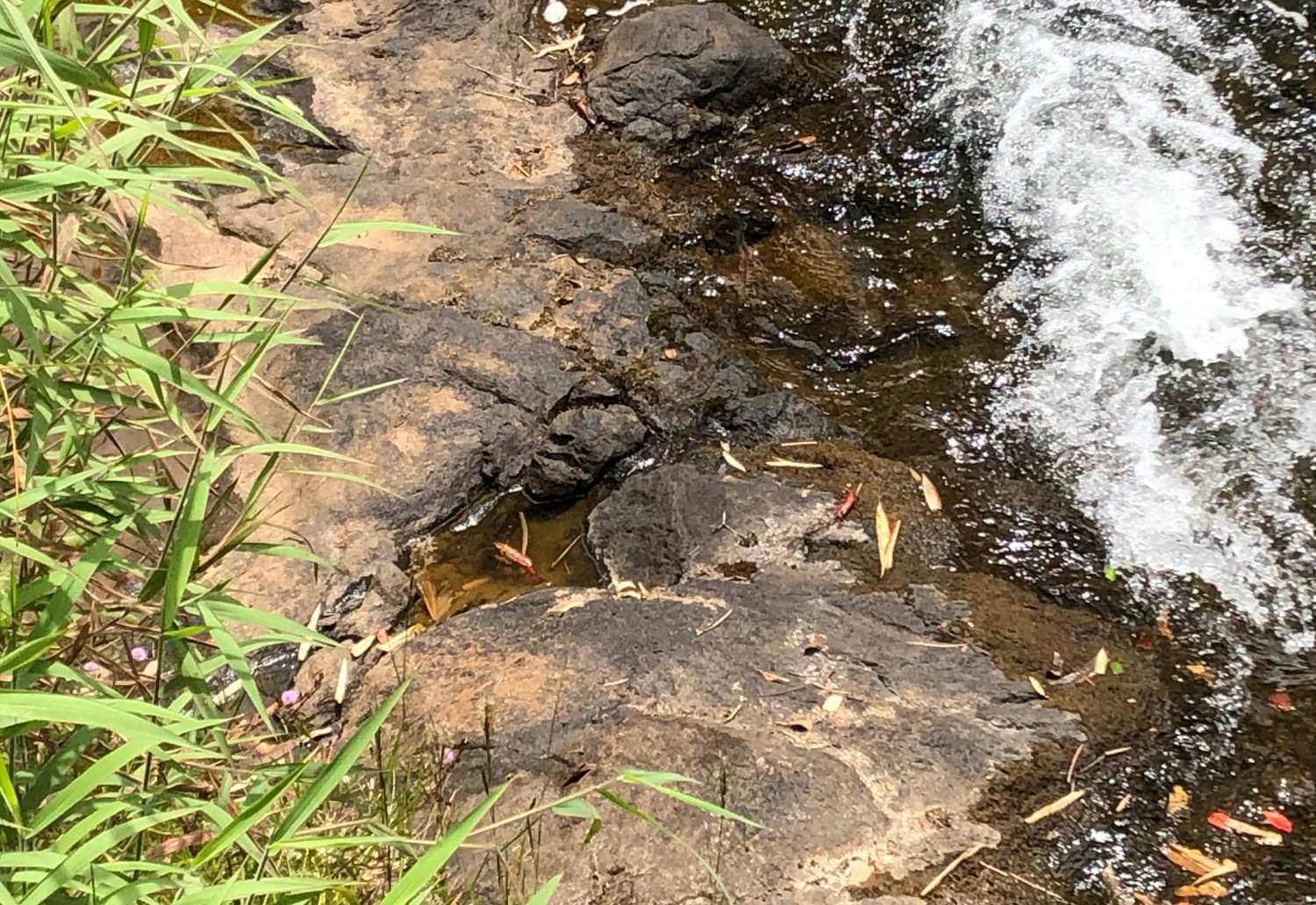 photo of stream believed to have been poisoned, image courtesy Hawaiʻi DLNR

(BIVN) – The Hawaiʻi Department of Land and Natural Resources warned the public on Thursday about poisoned Tahitian prawns after streams north of Hilo have been apparently poisoned, once again.

Over the last three months, officers with the DLNR Division of Conservation and Resources Enforcement have investigated six suspected chemical poisonings of streams north of Hilo.

DOCARE officers “collected samples of Tahitian prawns, water, and sediment to verify poisonings after photographs showed mass die-off’s of this popular local delicacy. Some photographs show prawns dying in streams or on their banks. Officers believe this indicates the prawns tried to get out of water that had been poisoned,” DLNR wrote in a news release.

The State is appealing to people to be careful about the sources of their prawns.

This happened before, and was featured in a video published by BIVN in October 24, 2018. The DLNR provided footage if their investigation for the story.

“Two years ago, in April 2018, DLNR documented another series of poisonings in many of the same streams,” the DLNR news release stated. “DOCARE investigators say unless suspects are caught in the act of using pesticides or other chemicals on streams, cases are difficult to prosecute.”

No arrests have been made.

DOCARE Chief Jason Redulla said, “These poisonings not only risk the public’s health when they unknowingly eat a poisoned prawn, but clearly this illegal activity has dramatic and negative impacts on the otherwise pristine streams flowing from the mountains and into the ocean on Hawai‘i island. If anyone has information on any of these poisoning’s we strongly urge you to contact DOCARE.”

The DLNR says “anyone convicted of poisoning a Hawai‘i stream could face felony criminal charges and civil penalties, which upon conviction can carrying significant fines and/or jail time.”

The public is being asked to provide detailed information if they believe a stream has been poisoned.

The quicker this information is provided the higher the chance specialists can get water and sediment samples, DLNR says.