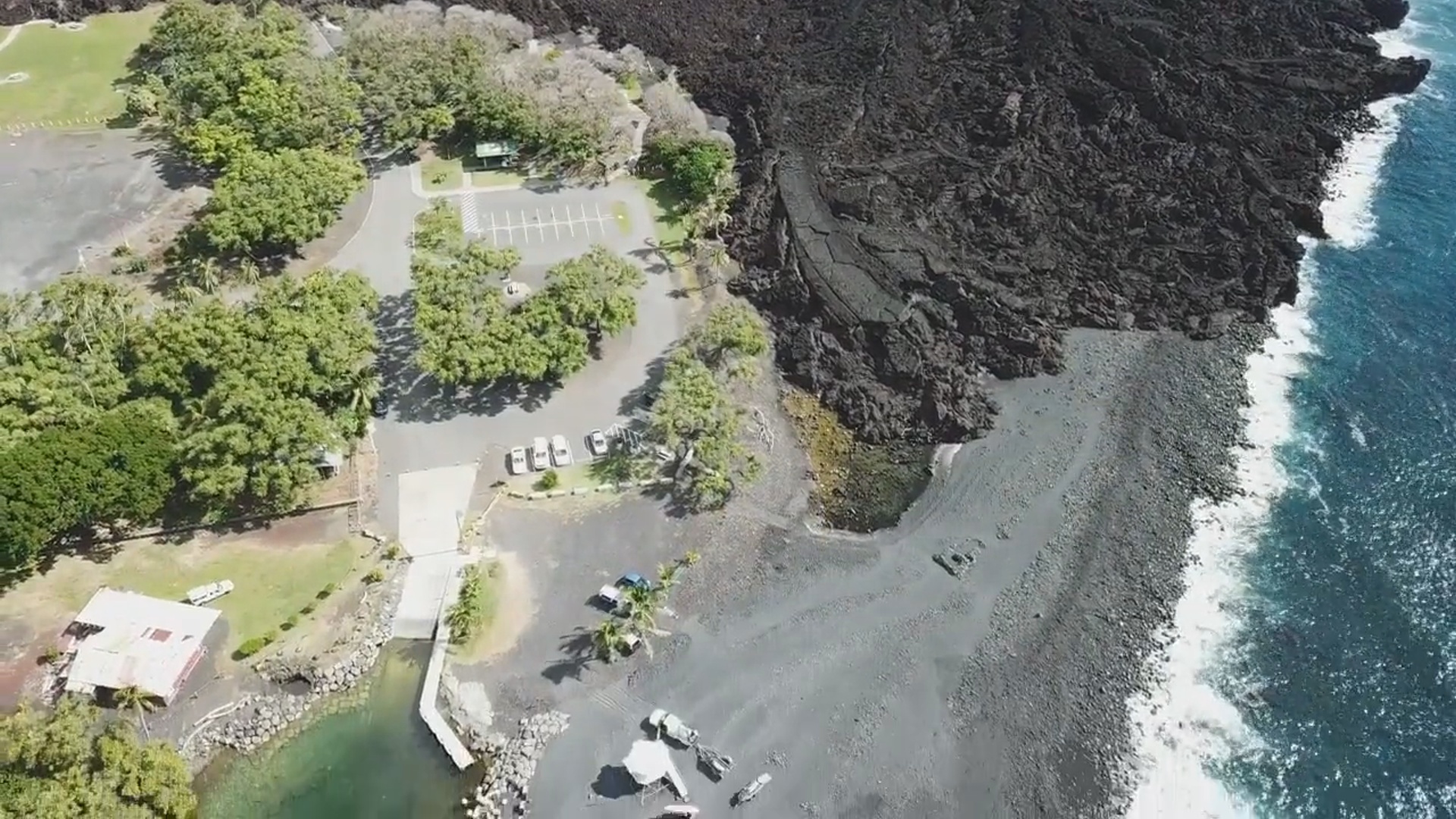 Photo from video showing the lava flow that entered Isaac Hale Beach Park and entered the ocean at Pohoiki courtesy the Hawaiʻi DLNR.

PUNA, Hawaiʻi - The funding will be utilized for park related infrastructure to assist with Puna's recovery, U.S. Senator Mazie Hirono announced on Friday.

(BIVN) – Hawaiʻi County will receive $1,494,360 from the Federal Emergency Management Agency (FEMA) as part of a grant agreement based on losses at Isaac Hale Beach Park due to the 2018 Kilauea eruption.

U.S. Senator Mazie Hirono (D-Hawaiʻi) made the announcement on Friday, and said the funding will utilized for park related infrastructure to assist with Puna’s recovery.

“We have come to realize and value the importance of our parks and outdoor spaces during this coronavirus pandemic, particularly when our activities were restricted. This funding will go towards park related infrastructure to assist with Puna’s recovery, so that residents and visitors can safely enjoy the park,” Senator Hirono said.

Lava flows from the 2018 eruption of Kilauea mostly spared Isaac Hale Beach Park. However, the lava flows transformed the environment around Pohoiki, burying the boat ramp in a new, black sand beach.

Last week, the Senate Veterans’ Affairs Committee passed a provision based on Senator Hirono’s legislation to help VA home loan recipients rebuild after natural disasters, responding to concerns from a Hawaii Island Army veteran who lost his home in the Kilauea eruption. In April, Senator Hirono announced that Hawaii Island would receive $30 million to rebuild water systems and $61 million to repair roads damaged in the eruption.

In March 2019, Senator Hirono pushed then-Acting Department of the Interior Secretary Bernhardt to commit to listening to community and Congressional input on where to rebuild the U.S. Geological Survey (USGS) Hawaiian Volcano Observatory (HVO). In May 2019, the Senator announced that USGS Director Jim Reilly committed to rebuilding the observatory on Hawaii Island, and that she had successfully secured $72.3 million in the 2019 Disaster Supplemental Bill to continue USGS operations at a temporary site while constructing the new HVO facility. In December 2019, Senator Hirono also secured $21 million to construct a HVO field station in Hawaii Volcanoes National Park.