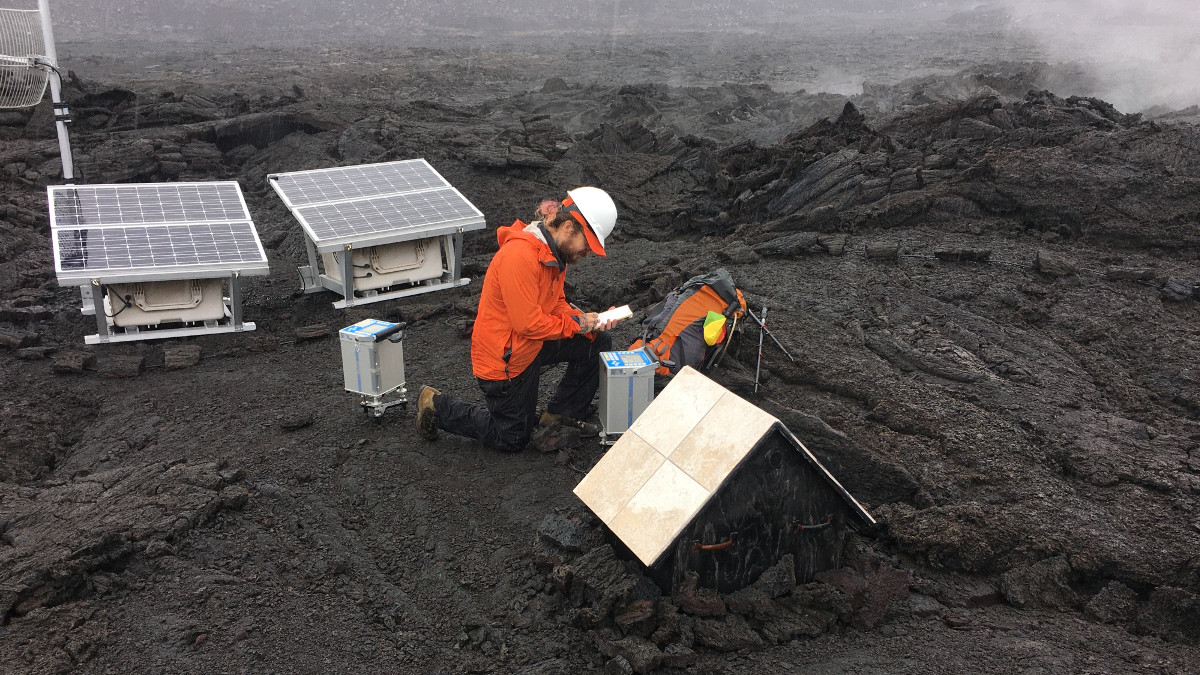 USGS HVO: An HVO geophysicist takes a gravity measurement at a benchmark near a continuous gravimeter (inside hutch). USGS photo by I. Johanson.

Scientists Measure Gravity At Kilauea To Track Changes Beneath Volcano

HAWAIʻI VOLCANOES NATIONAL PARK - Scientists recently took measurements at multiple locations on the floor of Kīlauea caldera, helping to estimate the change of mass beneath the volcano.

USGS HVO: HVO scientists measure the relative strength of gravity between benchmarks at Kīlauea. USGS photo by A. Flinders.

(BIVN) – Scientists recently trekked over the Kilauea summit in order to measure gravity at the volcano.

Kīlauea is not erupting, however the long-term trend of deformation at the volcano shows inflation, which the USGS Hawaiian Volcano Observatory says is consistent with magma supply to the volcano’s shallow storage system. By measuring the gravity of the volcano in certain locations, scientists hope to get a better understanding of what might be occurring below the surface.

On September 23, 2020, USGS HVO geophysicists and a geologist carried equipment along the remnants of the Halema‘uma‘u Trail on the down-dropped block of Kīlauea, in order to conducted a gravity survey of the volcano summit. The survey is part of HVO’s regular monitoring program.

The team used a gravimeter to measure the relative strength of gravity between benchmarks, USGS reported. 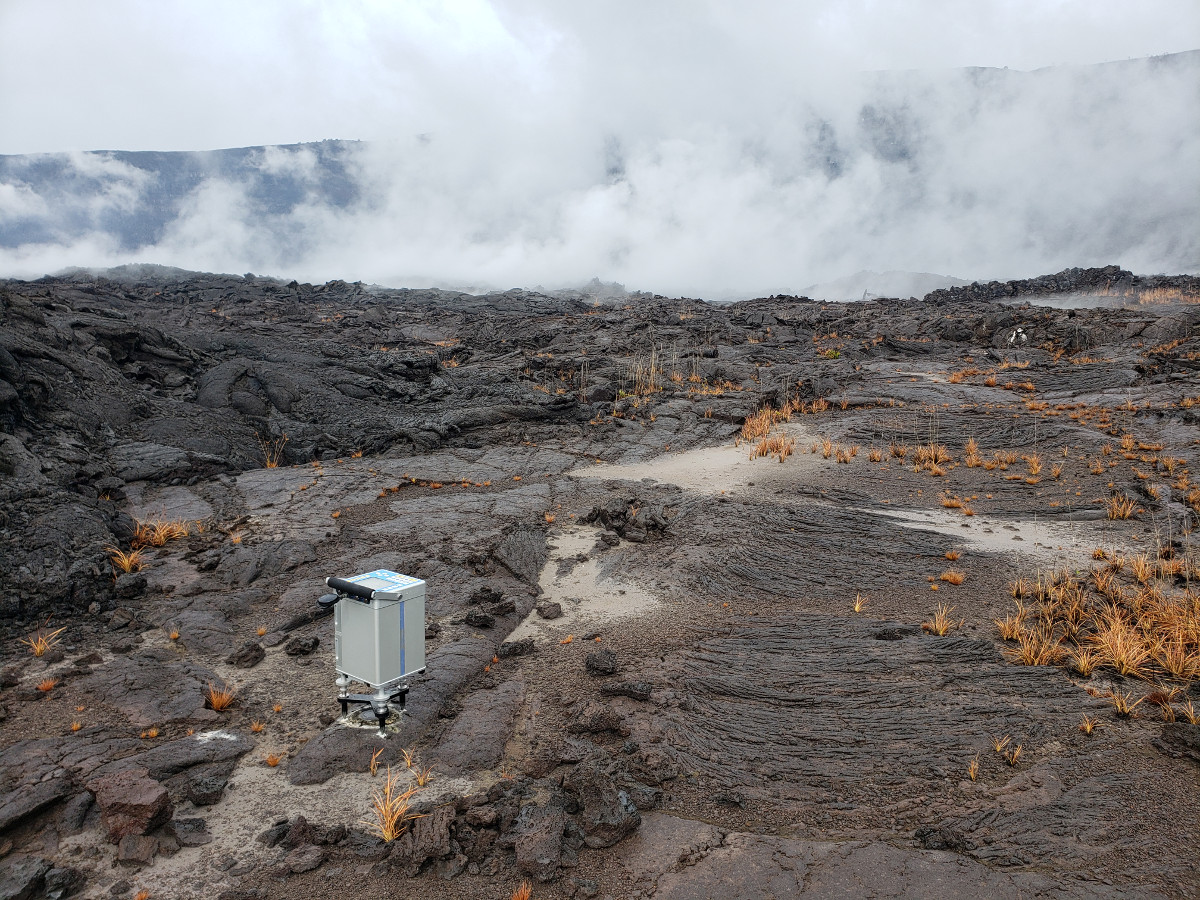 USGS HVO: A gravimeter makes a measurement at a benchmark situated among lava flows erupted in 1919. USGS photo by A. Flinders.

“The strength of gravity varies with both elevation and the amount of mass beneath the instrument,” the USGS HVO stated in a website post. “Changes in mass can indicate changes in the amount of magma entering Kīlauea’s magma reservoirs.”

USGS HVO says it “continues to closely monitor geologic changes, seismicity, deformation, and gas emissions for any sign of increased activity at Kīlauea. HVO maintains visual surveillance of the volcano with web cameras and field visits. Additional messages and alert level changes will be issued as warranted by changing activity.”