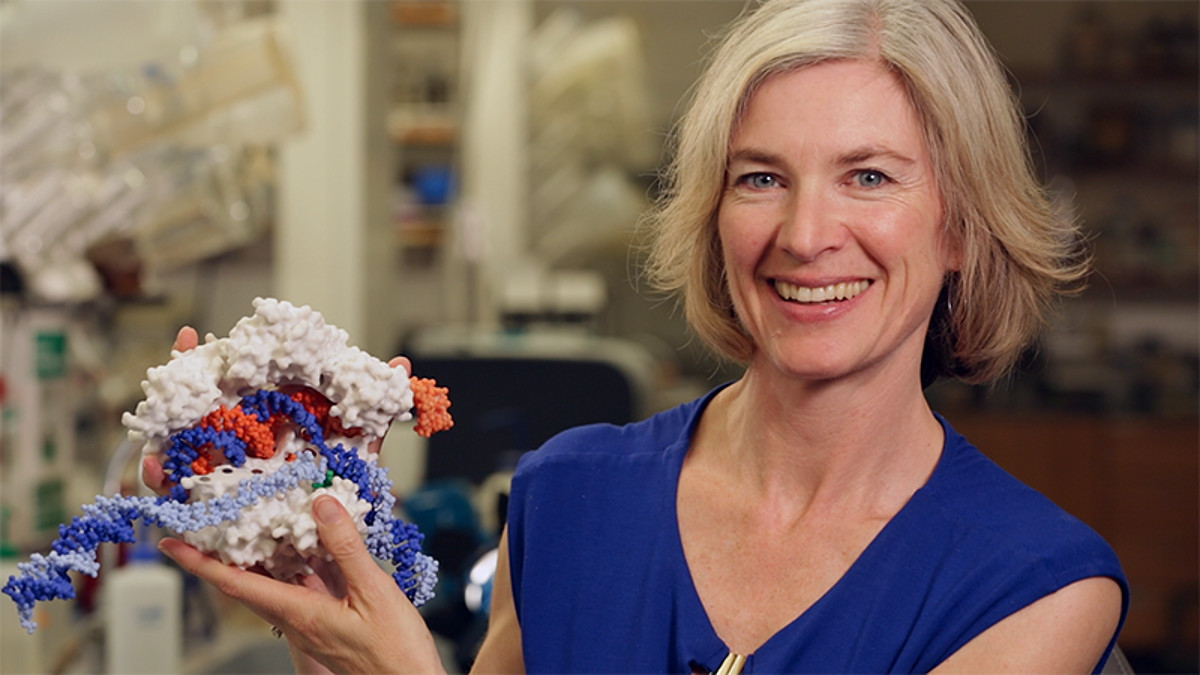 BERKELEY, California - Doudna, who grew up in Hilo, shares the prize with colleague Emmanuelle Charpentier for their genome editing breakthrough that has revolutionized biomedicine.

(BIVN) – Jennifer Doudna, the University of California Berkeley biochemist who grew up in Hilo, has won the 2020 Nobel Prize in Chemistry.

Doudna is sharing the prize with colleague Emmanuelle Charpentier for the co-development of CRISPR-Cas9, a genome editing breakthrough that has revolutionized biomedicine.

“This great honor recognizes the history of CRISPR and the collaborative story of harnessing it into a profoundly powerful engineering technology that gives new hope and possibility to our society,” Doudna said in a UC Berkeley news release. “What started as a curiosity‐driven, fundamental discovery project has now become the breakthrough strategy used by countless researchers working to help improve the human condition. I encourage continued support of fundamental science, as well as public discourse about the ethical uses and responsible regulation of CRISPR technology.”

From the UC Berkeley news release:

Doudna and Charpentier were recognized for their discovery that a gene-cutting molecule, Cas9, used by bacteria to kill viruses, can be re-engineered as a precise and easy-to-use gene-editing tool. The CRISPR-Cas9 system is guided by an RNA molecule to bind a specific region in the DNA, and the Cas9 protein then acts like a pair of molecular scissors to cut the DNA, allowing it to be altered in a precise fashion.

Doudna, who is the Li Ka Shing Chancellor&#39;s Chair in Biomedical and Health Sciences and a Howard Hughes Medical Institute investigator at UC Berkeley, is president and chair of the board of the Innovative Genomics Institute (IGI), a faculty scientist at Lawrence Berkeley National Laboratory (Berkeley Lab) and a senior investigator at the Gladstone Institutes. Charpentier, who in 2012 was affiliated with the University of Vienna and Umeå University in Sweden, was appointed director of the Max Planck Institute for Infection Biology in Berlin in 2015.

Doudna was born in Washington, D.C., and growing up in Hilo she developed an interest in chemistry in high school. In a video interview shared by UC Berkeley, Doudna said:

“So when I think back on my childhood in Hawaii, I remember being excited about math and loving, uh, puzzles. And you know, my family was a family that you know, like to talk about ideas over the dinner table kind of thing. And I found that I was really drawn to the natural world. I was fascinated by chemistry and, and life, and I kind of didn’t know exactly how I would ever make any use of that. I didn’t even think about it in that way. But then one day, when I was, I think I was a 10th grader in high school. We had a visitor come to our campus who was from the Cancer Center on Oahu, the other sort of the, the main island in Hawaii. And her work was all about discovering how cells become cancerous. And she explained that she was a biochemist, I think it’s probably the first time I’ve ever heard that word. And she explained that she was excited about learning how cells become cancerous, by studying the molecules in the cells, what goes wrong with the DNA in cells that become, uh, eventually grow into tumors.

“And I was absolutely fascinated by her talk. I couldn’t understand it very well. I, I was struggling to, to make sense of it. But it was so interesting, and I thought, ‘I want to be her. I want to do that. Whatever that is, I wanna be that kind of a scientist when I grow up.’ She did not look anything like my mental image of a scientist. She was a woman for one thing. Um, she was very attractive. She was very smart. She was very on top of her work, and she clearly was a professional. And I thought, that is so fascinating that a woman can be feminine, and be a professional scientist at the same time. It wasn’t something I’d ever seen represented in the media anywhere.”

She later earned her Ph.D. in biological chemistry and molecular pharmacology from Harvard Medical School in 1989 and, after various fellowships and postdoctoral positions, joined the Yale University faculty in 1994. She moved to UC Berkeley in 2002.

Doudna today lives in Berkeley with her husband, Jamie Cate, a UC Berkeley professor of molecular and cell biology, and their son, Andrew.