HONOLULU, Hawaiʻi - The current La Niña conditions are likely to continue through spring 2021, which will have an influence on the amount of rainfall in Hawaiʻi. 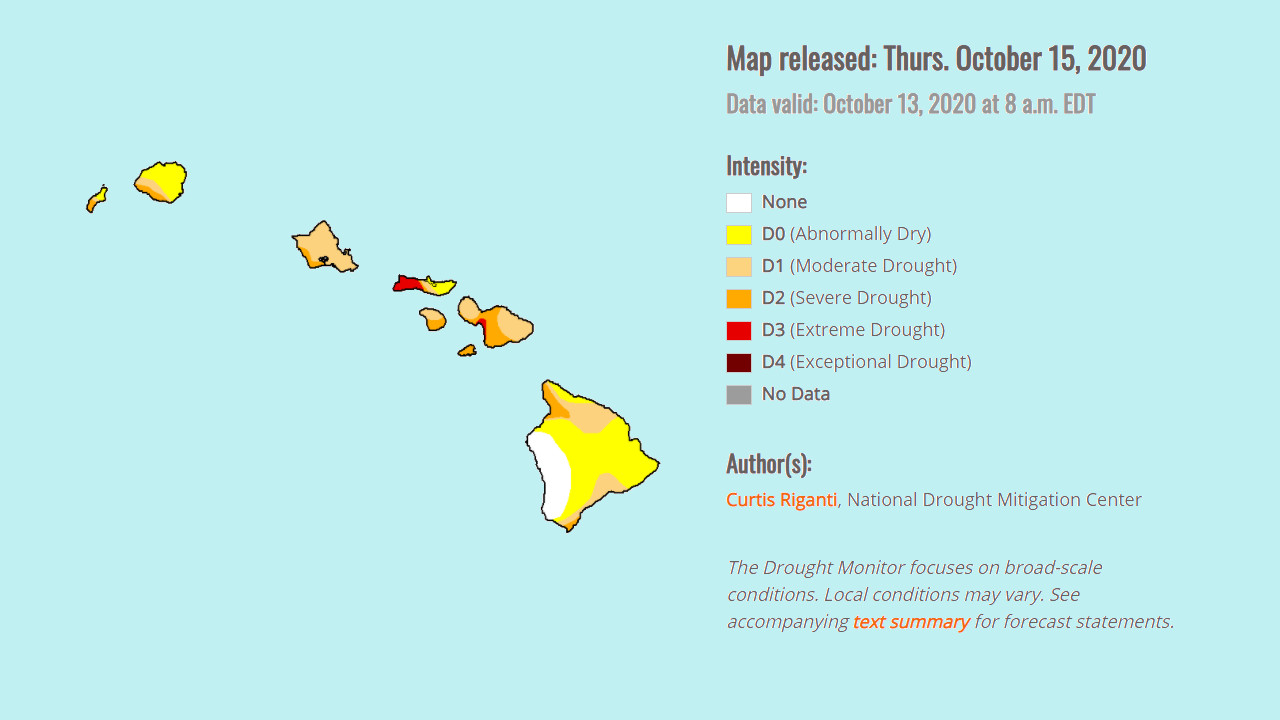 (BIVN) – Forecasters have issued the annual Wet Season Rainfall Outlook for the State of Hawaiʻi, with an expectation that current La Niña conditions will bring above average rainfall to the islands between October 2020 through April 2021.

Kevin Kodama with the National Weather Service in Honolulu presented the outlook during a webinar held on Friday. Kodama also took questions from participating media.

NOAA says most locations in Hawaiʻi had near to below average rainfall during the summer dry season. Wet conditions early in 2020 helped the state start the dry season drought-free, which helped delay the onset of significant drought impacts, with the exception of Maui County.

By the end of the dry season, drought spread to all counties and reached extreme levels in the leeward areas of Molokai and Maui, affecting ranching operations and contributing to an increase in brush fires.

This past dry season was the 11th driest in the last 30 years, the National Weather Service said.

Climate model consensus favors above average rainfall during the upcoming wet season, which runs from October 2020 through April 2021.

NOAA’s Climate Prediction Center says the current La Niña conditions are likely to continue through spring 2021. However, the strength of La Niña determines how much rainfall will come to leeward areas of Hawaiʻi. “Stronger La Niña events can have a higher than normal trade wind frequency which will focus rainfall on windward areas,” the National Weather Service says. “Weaker La Niña events tend to have more weather systems that produce significant leeward rainfall.”

Drought recovery for windward Hawaiʻi island is more likely, although the continuation of drought through the wet season in leeward areas is also a possibility.