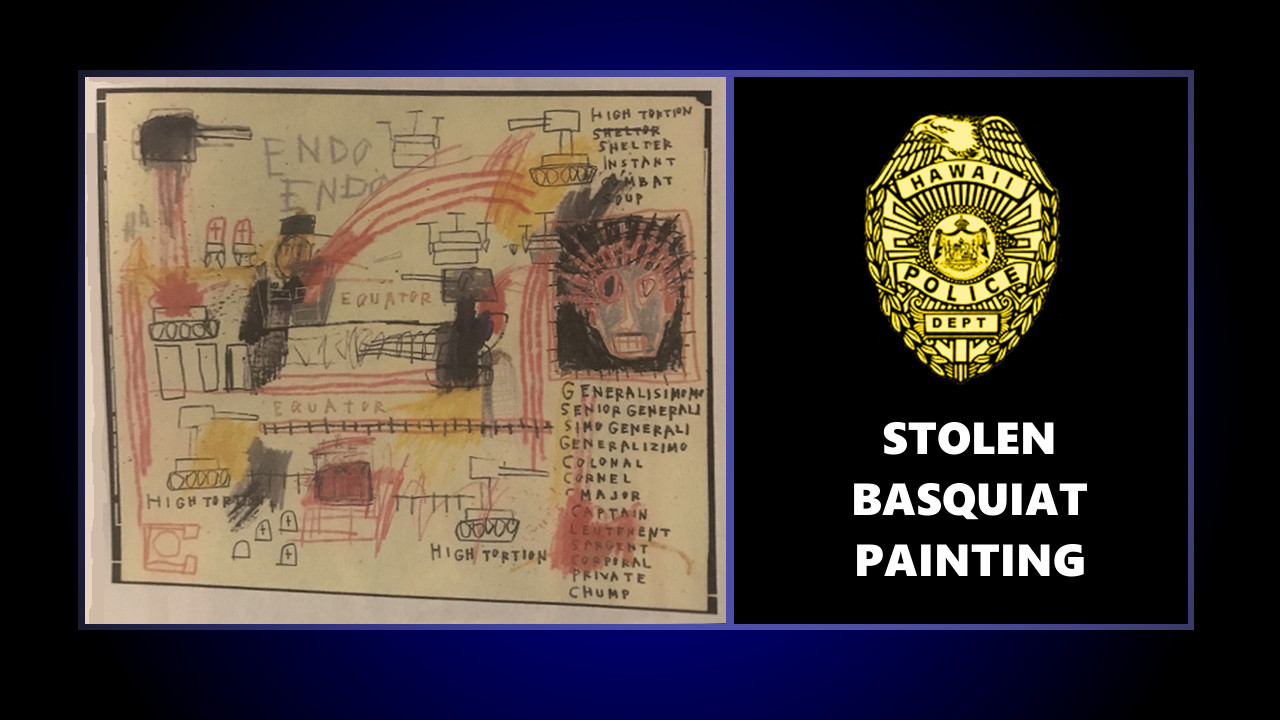 HAWAIʻI ISLAND - Police are investigating the October 14 theft of a Jean-Michel Basquiat painting and miscellaneous jewelry from a Puna home.

(BIVN) – The theft of an oil slick painting by famous artist Jean-Michel Basquiat from a Puna home, as well as the taking of miscellaneous jewelry, is under police investigation.

The items were removed from a residence on 40th Avenue in Kurtistown on October 14, police say.

The neo-expressionist paintings of Basquiat (1960–1988) are highly valued. In May 2017, his Untitled (1982 painting) was sold for $110.5 million at Sotheby’s, and was reported to be the highest price ever paid at auction for work by an American artist.

Police ask anyone with information about the theft to contact Detective Jeremy Kubojiri of the Area I Criminal Investigation Section at (808) 961-2378, or via email at Jeremy.Kubojiri@hawaiicounty.gov or the police department’s non-emergency number at (808) 935-3311.