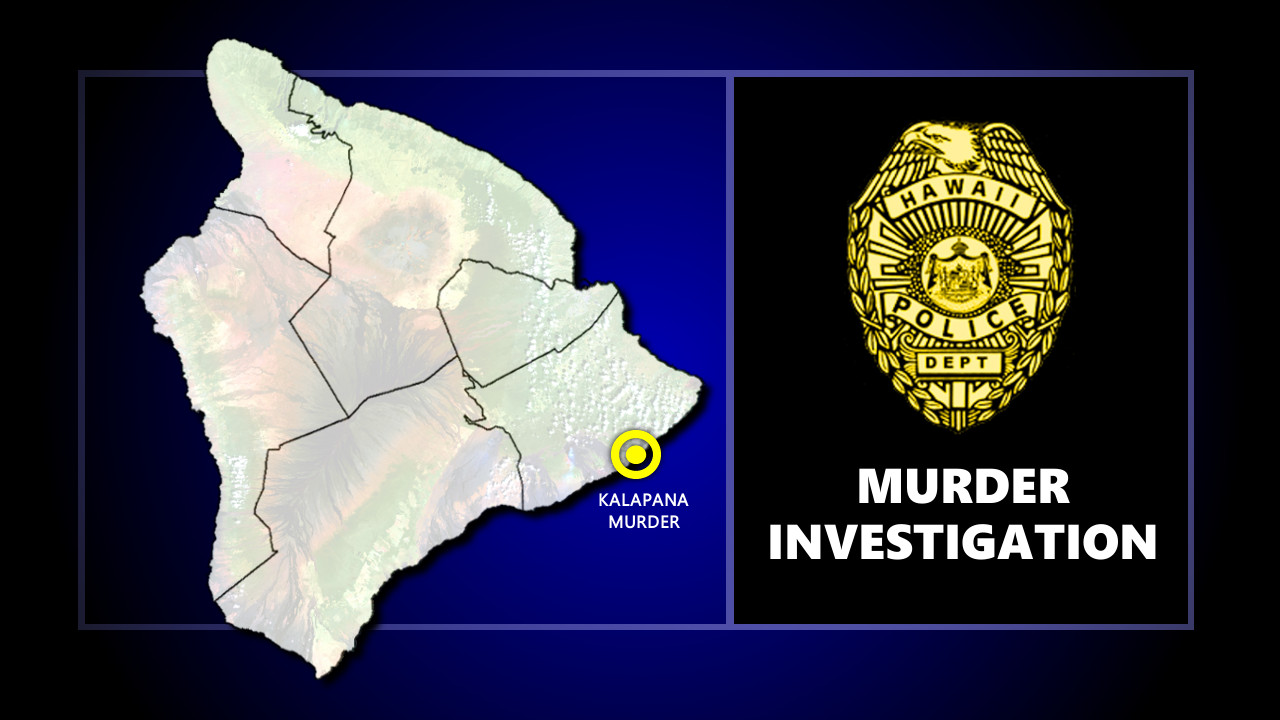 KALAPANA, Hawaiʻi - The body of 49-year-old Hilo man was found in a vehicle on the shoulder of Highway 130 on Sunday morning.

(BIVN) – The discovery of a body on the side of the road in Kalapana is being investigated as a murder, police say.

Hawaiʻi Island police have initiated a homicide investigation after a body was discovered this morning (October 25) in a vehicle on the side of the roadway in Kalapana, in the Puna District.

Shortly after 6:30 a.m. today (October 25), Puna Patrol officers responded to the Kalapana area after receiving a report of a deceased body within a parked vehicle on the shoulder of the Keaʻau-Pāhoa Road (Route 130) in Kalapana. Police located the vehicle, a white Ford Mustang, with the male victim’s body inside.

Detectives from the Area I Criminal Investigation Section responded to the scene and are continuing this investigation which is classified as a second-degree murder.

The victim was transported to the Hilo Medical Center and was pronounced dead at 11:15 a.m. today.

The victim has been positively identified as 49-year-old Lance Toshio Shitabata, of Hilo.

An autopsy is scheduled for Monday (October 26) to determine the exact cause of death.

Police are asking for anyone with information on this incident or who may have been in the area of the Keaʻau-Pāhoa Road in Kalapana on the evening of October 24 or early morning of October 25, to contact Detective Clarence Davies at (808) 961-2384 or email him at Clarence.Davies@hawaiicounty.gov.