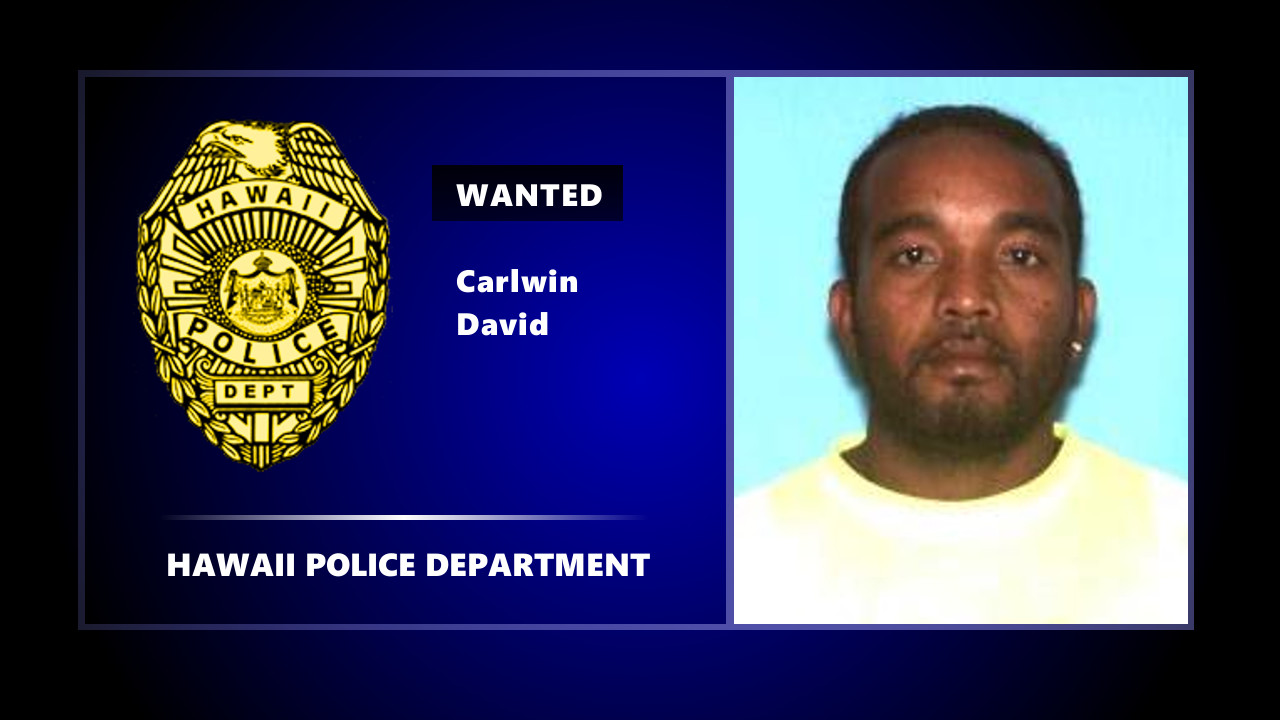 KAʻŪ, Hawaiʻi - On Monday, a 41-year-old Ocean View man was found on King Kamehameha Boulevard with a gunshot wound to the chest.

(BIVN) – Hawaiʻi Island Police are searching for a 33-year-old Ocean View man wanted for questioning in connection with an early morning shooting that took place on Monday.

David is also wanted for an outstanding warrant of arrest, police say, adding that David may be considered armed and dangerous.

On October 26, Kaʻū Patrol officers responded to the 92-8000 block of King Kamehameha Boulevard in the Hawaiian Ocean View Estates subdivision and found a 41-year-old Ocean View man in the roadway with a gunshot wound to the chest.

The man was treated on scene by medics and then transported to the Kona Community Hospital for further treatment. The man remains at the hospital in stable condition. Police initiated an attempted murder investigation.