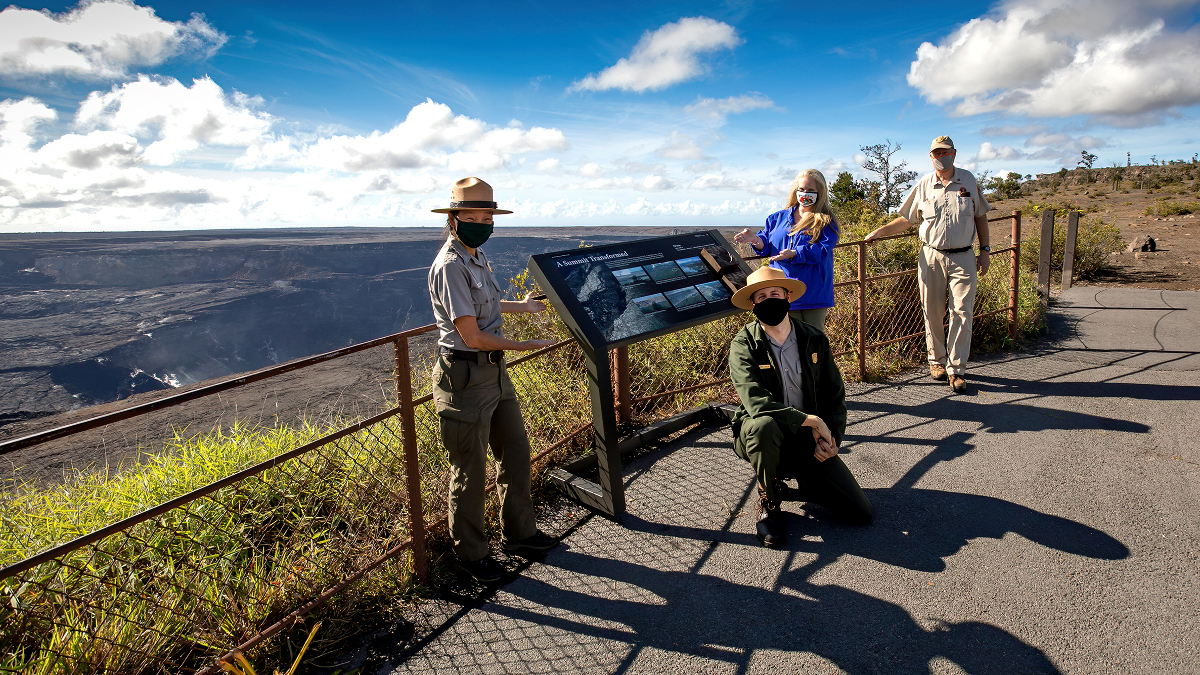 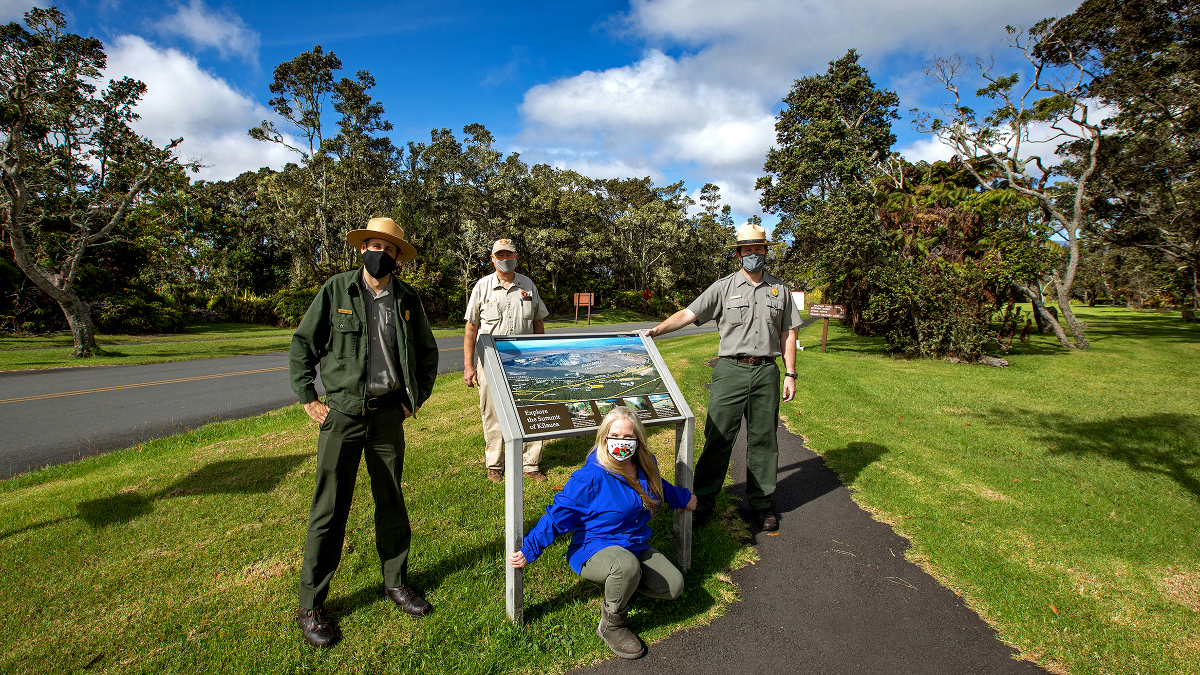 Visitors who explore the summit of Kīlauea can now learn about the dramatic 2018 eruption and navigate their way between destinations on the volcano with the help of new informative wayfinding signs.

Thirty new signs, funded by the park’s non-profit partner, the Friends of Hawaiʻi Volcanoes National Park and the National Park Foundation, interpret the 2018 summit collapse and eruption. Many of the attractive new wayfinding signs share Hawaiian place names and directions to trails and fascinating volcanic features, like steam vents and sulfur deposits. Others include models of Kaluapele (Kīlauea caldera) that reveal the geologic changes to the summit area over time.

The signs were designed and installed by staff and volunteers on the park’s Interpretation & Education team. They are strategically placed around the summit of Kīlauea and at the Kīlauea Visitor Center lānai. A new upright orientation sign will soon be installed at the Kahuku Unit, with information about the eight trails, a map and other useful information, bringing the total number of new park signs to 31.

“We think everyone from first-time visitors to long-time park devotees will be as pleased as we are with the beautiful new signs and the information that they convey,” said Hawaiʻi Volcanoes National Park acting Superintendent Rhonda Loh. “We deeply appreciate the support from Friends and the National Park Foundation to fund the project,” Loh said. 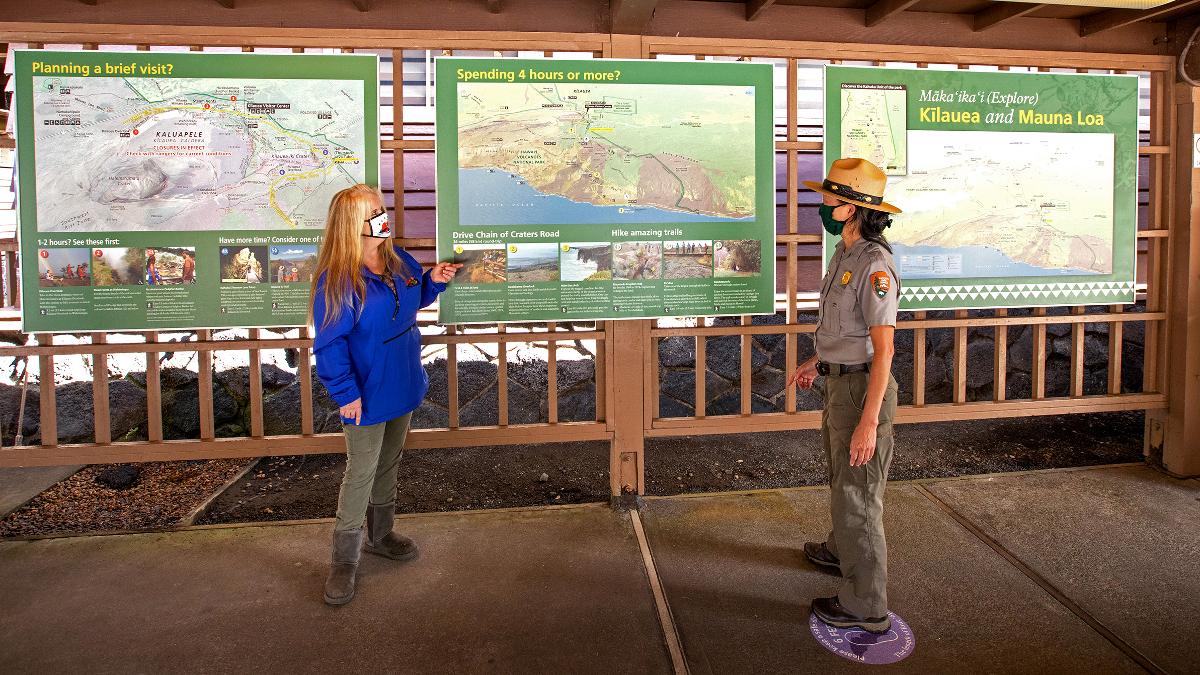 “This project fits perfectly with our core mission,” said Friends of Hawaiʻi Volcanoes National Park President and CEO, Elizabeth Fien. “Having current signage in the park reduces visitor confusion and provides opportunities to learn about the momentous events of 2018 and how Kīlauea changed the park,” Fien said.

Beginning in May 2018, the park and Kīlauea summit underwent a major change as magma drained from the chamber beneath Halema‘uma‘u Crater, and the caldera began to collapse, triggering 60,000 strong earthquakes and clouds of rock and ash that continued until early August 2018. The seismic activity was primarily centered near the crater, and significantly impacted Jaggar Museum and the USGS-operated Reginald T. Okamura facility, which remain closed today. While most of the park has reopened, the 2018 eruption and caldera collapse were the most destructive eruptive events in Hawai‘i in the last two centuries.