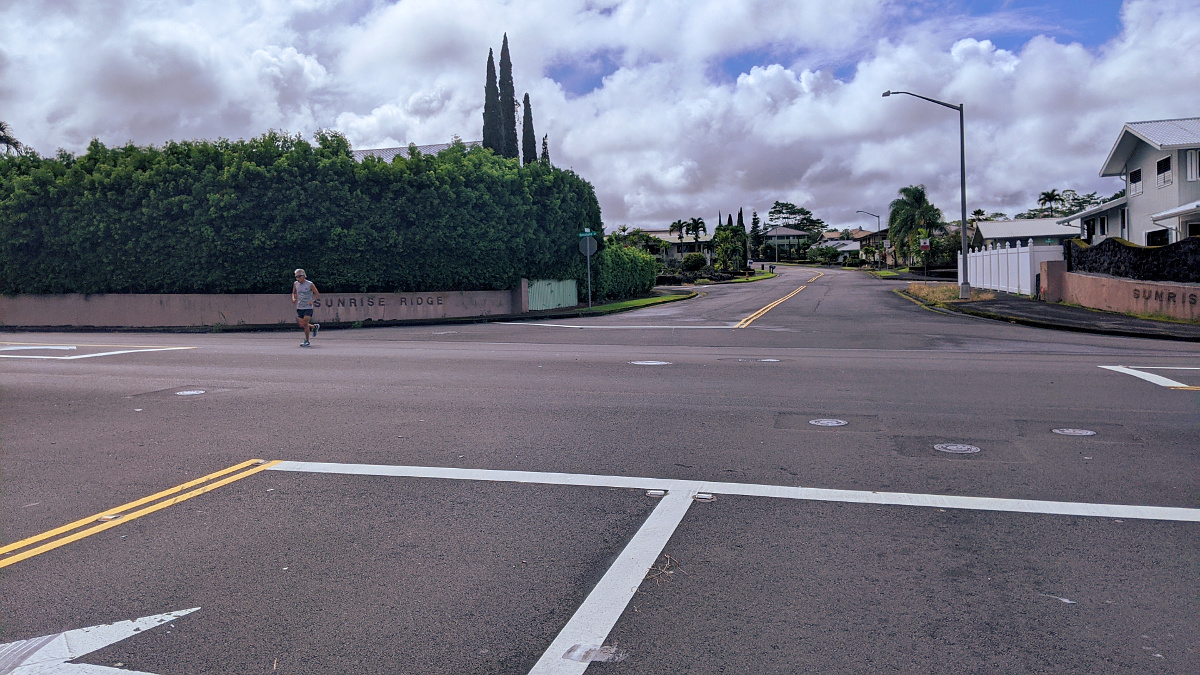 (BIVN) – Hawaiʻi police believe inattention to driving was a factor in a fatal vehicle collision in Hilo on Wednesday.

A 73-year-old Hilo man died following a two vehicle collision on at the Komohana and Kukuau Street intersection, right outside the Sunrise Ridge neighborhood. According to police:

Police responded to a 4:52 a.m. traffic collision and determined that a 1983 Jeep Wrangler soft top with removable doors was traveling east on Kukuau Street when it failed to stop at a stop sign and was struck broadside by a 2004 Dodge Ram truck that was traveling south on Komohana Street.

The driver of the Jeep Wrangler has been identified as Soo Lee, a 73-year-old male from Hilo. He was unresponsive at the scene and later transported to Hilo Medical Center where he was pronounced dead at 6:51 a.m. An autopsy has been ordered to determine the exact cause of death.

His passenger, a 29-year-old male from Hilo, was transported to Hilo Medical Center for non-life threatening injuries and is listed in stable condition.

Police investigating the traffic collision have determined that inattention to driving is a factor in this traffic collision. Police do not believe that alcohol or drugs are factors at this time.

Police announced the closure of the intersection for several hours via a Nixle alert, advising motorists to use an alternate route. The intersection was open again by 8 a.m.

The East Hawaiʻi Traffic Enforcement Unit has initiated a Coroner’s Inquest investigation, and police are asking for anyone who may have witnessed the accident or has information to contact Officer Jared Cabatu at (808) 961-2329 or via email at Jared.Cabatu@hawaiicounty.gov.