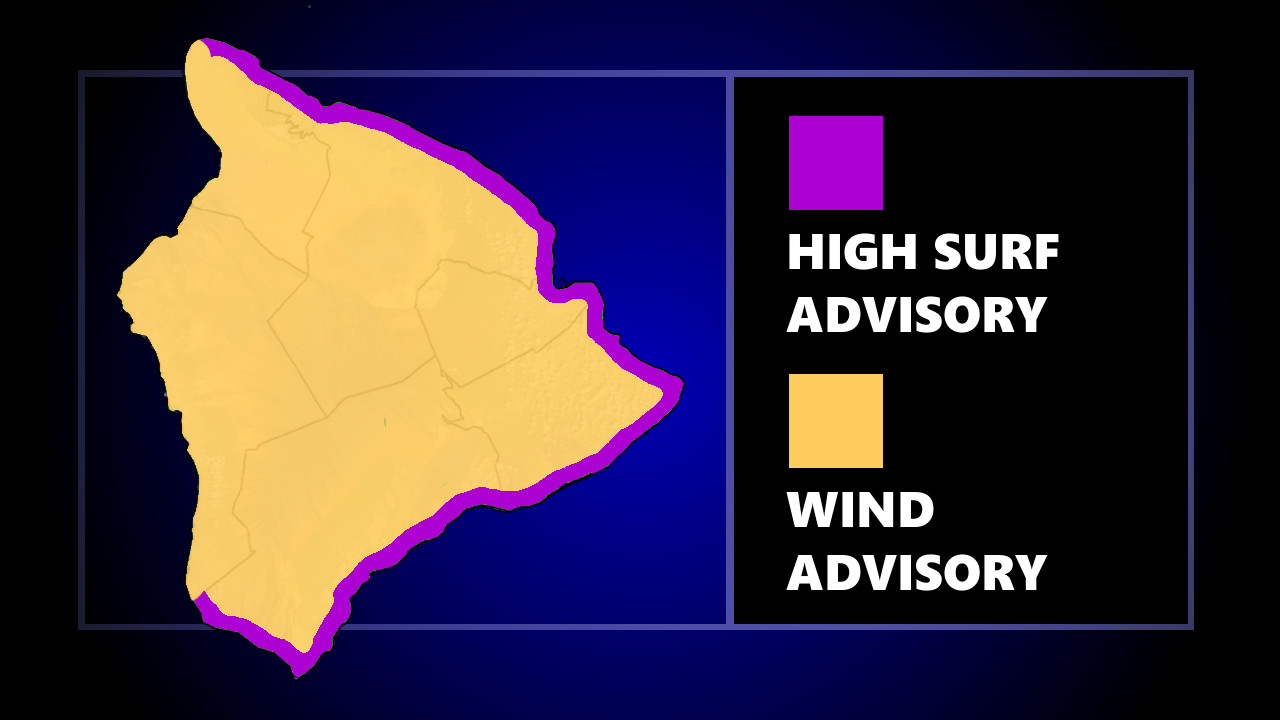 HAWAIʻI ISLAND - Waves of 6 to 10 feet high and wind gusts over 50 mph will be possible for parts of Hawaiʻi island.

(BIVN) – The National Weather Service in Honolulu has issued a High Surf Advisory for east facing shores of Hawaiʻi Island through Monday morning. A Wind Advisory has also been issued for areas of the island.

Officials say shoreline in the Hāmākua, Hilo, Puna, and Kaʻū Districts may be impacted by large breaking waves of 6 to 10 feet. A High Surf Advisory means surf will be higher than normal, shore break, and dangerous currents could cause injury or death.

Due to the High Surf Advisory, the Hawaiʻi County Civil Defense stated the following:

The High Surf Advisory is in effect until 6 a.m. Monday morning.

Meanwhile, a Wind Advisory is in place as “high pressure centered far north of the islands is producing strong trade winds across the windier sections of Maui County and the Big Island,” the National Weather Service says.

Forecasters specifically named “South Point, Pahala, Waikoloa, Bradshaw Field, and Saddle Road above 5000 feet” as areas that could see east-northeast winds of 20 to 35 mph with localized gusts over 50 mph. “Winds this strong are capable of downing tents or other temporary structures, as well as downing trees and causing power outages,” the forecasters said.

The Wind Advisory is expected to remain in effect until 6 p.m. Sunday.