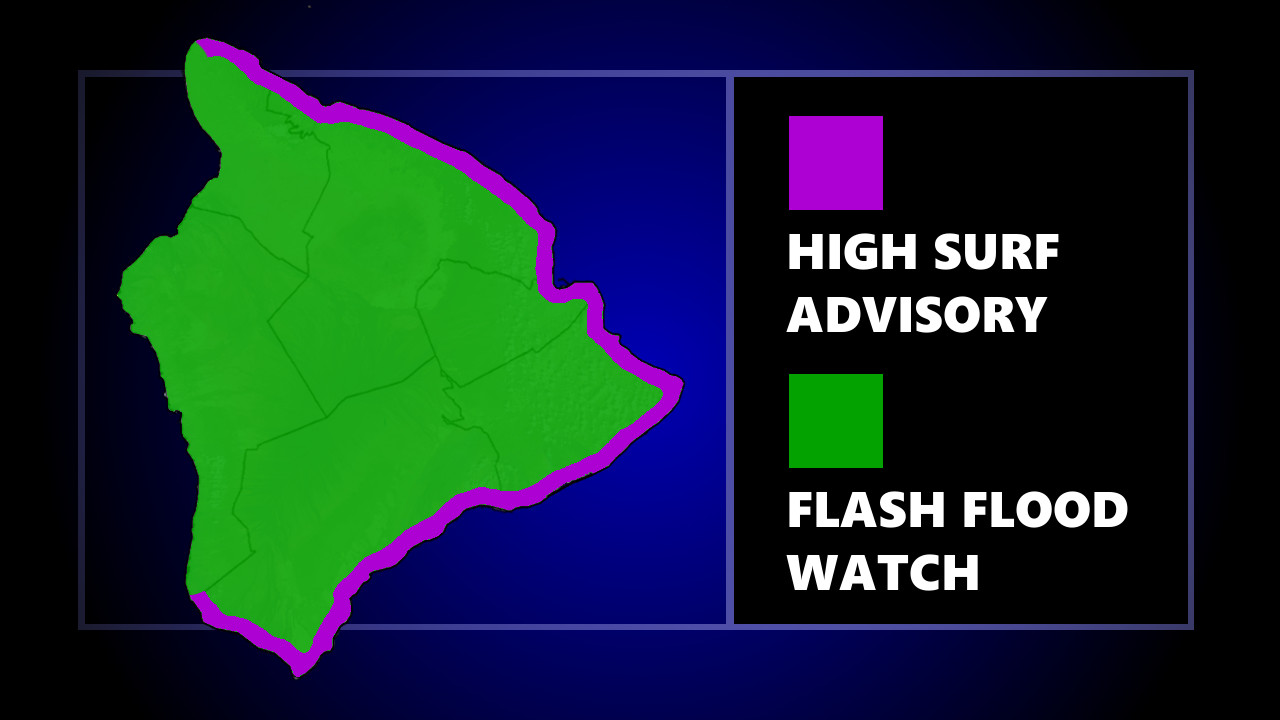 HAWAIʻI ISLAND - An upper trough moving into the area along with abundant low level moisture carries the potential for flash flooding, officials say.

(BIVN) – The National Weather Service in Honolulu has issued a Flash Flood Watch for Maui and the Big Island from 6 p.m. HST this evening through late Tuesday night.

Recent and persistent rainfall, especially over the east end of the island chain, has caused soils to become saturated and streams to be elevated along windward areas of Maui and the Big Island. An upper trough moving into the area along with abundant low level moisture, creates the potential for flash flooding.

In response to the Watch, the Hawaiʻi County Civil Defense issued an alert message, saying:

Rainfall has already led to some runoff that has triggered a Brown Water Advisory for all of East Hawaiʻi, as well as Kawaihae Bay.

The Wind Advisory that was previously in effect for Hawaiʻi island has been discontinued, however a High Surf Advisory remains in place. Large breaking waves of 7 to 11 feet are possible along east facing shores of Hawaiʻi island until Tuesday morning.