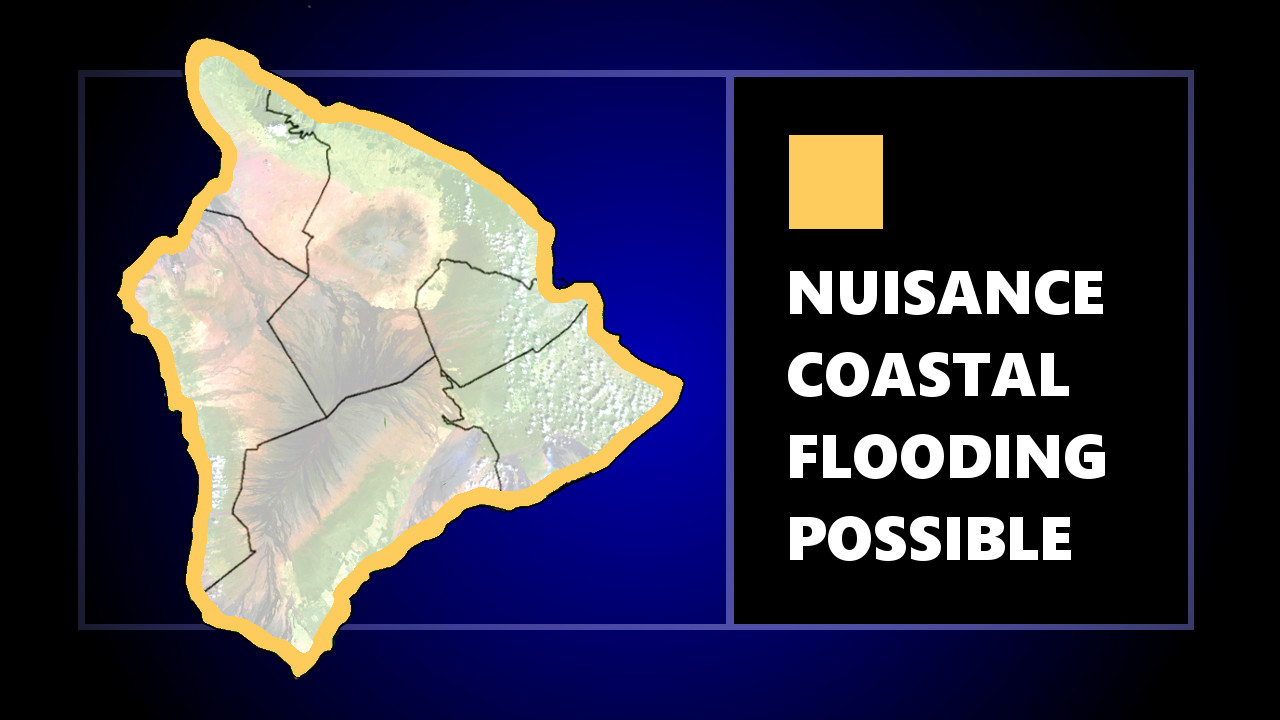 HAWAIʻI - An incoming northwest swell is expected to produce warning level surf which will coincide with high tide, forecasters say.

(BIVN) – The National Weather Service has issued another Special Weather Statement in advance of possible nuisance coastal flooding this week, a common advisory these past few months, but this time an incoming northwest swell could coincide with the high tide event.

Forecasters wrote on Saturday that “through at least the middle of the new week, predicted ocean water levels combined with the high astronomical tides in the pre-dawn hours are expected to produce nuisance coastal flooding.”

“Impacts may include flooding of beaches that are normally dry, some minor coastal erosion, and salt water inundation of typically vulnerable low-lying roads, docks, boat ramps and other coastal infrastructure,” the National Weather Service stated.

These high tide scenarios have not been too disruptive on Hawaiʻi island this year, however forecasters say this month the event will coincide with a high surf event.

“Heading into Tuesday and Wednesday, additional impacts will be felt as a large incoming northwest swell is expected to produce warning level surf which will coincide with high tide,” the National Weather Service said.