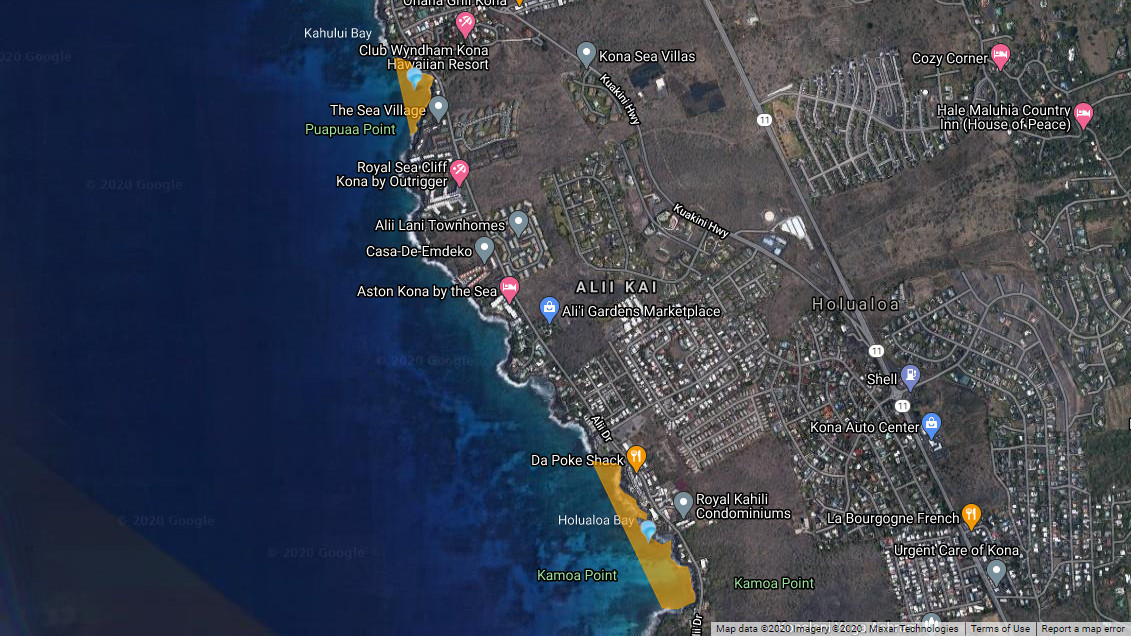 KONA, Hawaiʻi - Kahului Bay and Holualoa Bay have an added to a list of active water quality advisories for Hawaiʻi island.

The Hawaiʻi Department of Health Clean Water Branch has added Kahului Bay and Hōlualoa Bay to a list of active advisories for Hawaiʻi island. The advisories were issued separately but the language is identical:

Heavy rainfall has resulted in stormwater runoff entering into coastal waters. The public is advised to stay out of flood waters and storm water runoff due to possible overflowing cesspools, sewer, manholes, pesticides, animal fecal matter, dead animals, pathogens, chemicals, and associated flood debris. Not all coastal areas may be impacted by runoff, however, if the water is brown stay out. Continue to practice good personal hygiene and follow-up with your primary care physician if you have any health concerns.

The two new advisories are in addition to existing Brown Water Advisories in effect at Kawaihae Bay and for the entire East Hawaiʻi coastline.

There is also a High Bacteria Count Advisory in effect for Keauhou Bay.