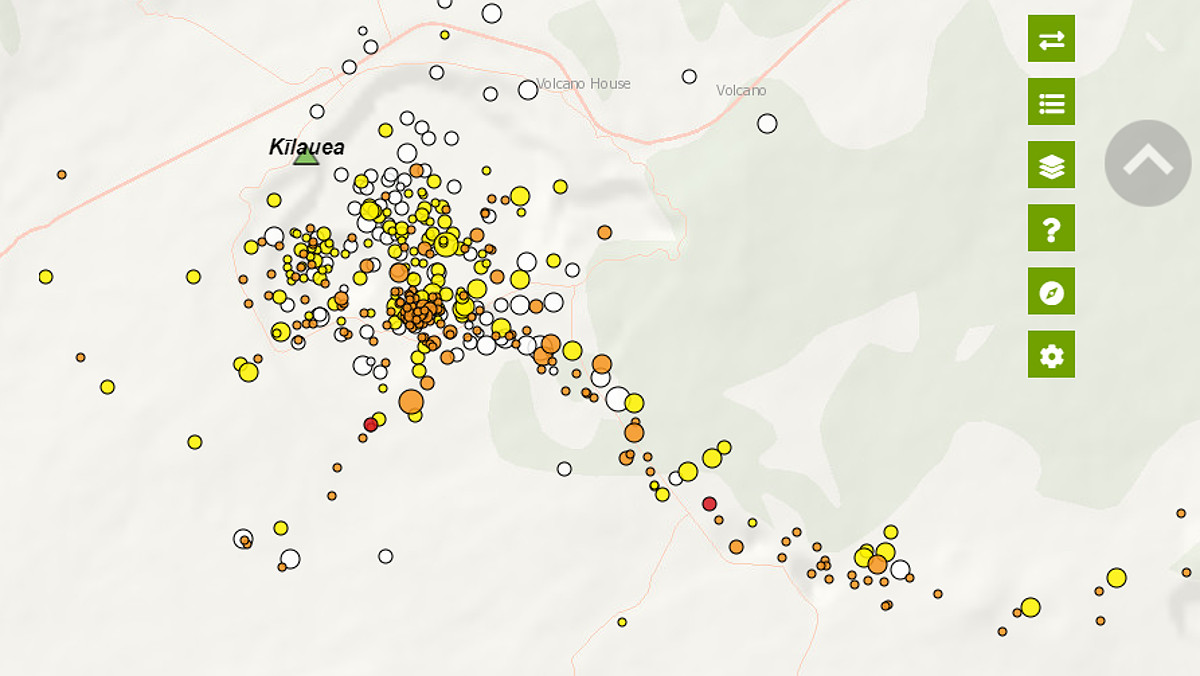 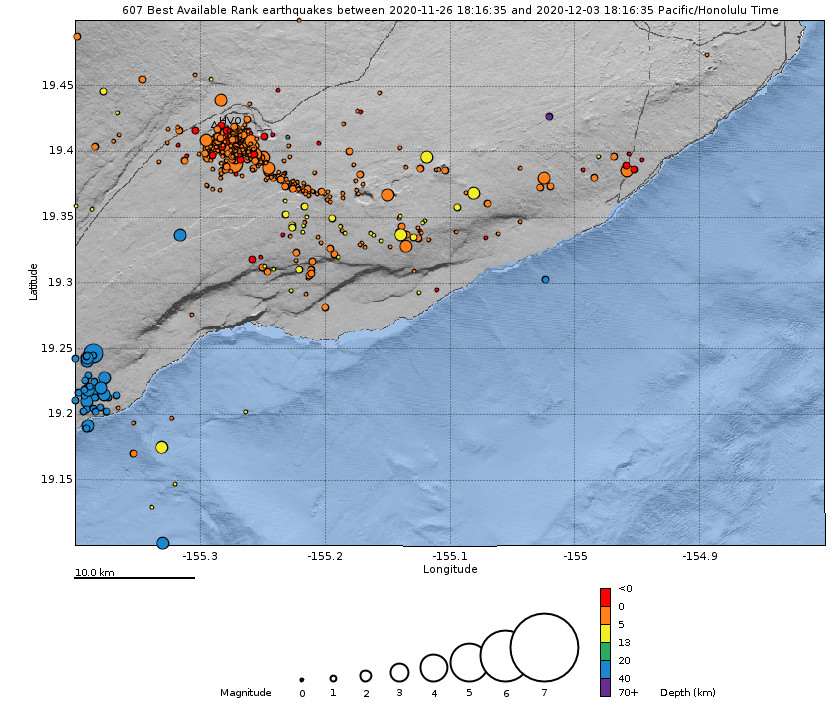 (BIVN) – Scientists are monitoring a recent increase in earthquake activity below the summit of Kīlauea volcano, and on Thursday evening the USGS Hawaiian Volcano Observatory issued an information statement on the situation.

Kīlauea is not erupting, and the alert level remains at “NORMAL/GREEN”, which the lowest alert level on the scale. However, between November 29 and December 3, increased seismicity and Kīlauea summit ground deformation rates accompanying the earthquake activity “had a brief excursion from trends observed in the past several months”, the scientists said. Other monitoring data streams remained stable.

From the observations provided in the USGS HVO Kīlauea Information Statement:

On November 29–30, 2020, the US Geological Survey Hawaiian Volcano Observatory (HVO) recorded over 80 earthquakes beneath Kīlauea summit, about 4 miles (6.5 km) southwest of Volcano. The seismic activity began late on the 29th, after 11:00 p.m. HST, and continued for approximately 11 hours. These earthquakes occurred in a cluster under Kīlauea caldera, about 1 mile (2 km) wide and 1–2 miles (1–3 km) below the surface.

On December 2, 2020, increased seismic activity under Kīlauea summit began shortly after 12:00 a.m. HST, and ramped up four hours later to an average rate of 10–12 earthquakes per hour. HVO recorded over 220 earthquakes for the entire 24-hour period. These earthquakes occurred in clusters under the Kīlauea caldera and upper East Rift Zone, at 1–3 miles (1–4 km) below the surface.

These shallow earthquakes have not posed a hazard from ground-shaking. The largest event in the sequence was a magnitude-3 earthquake, with the bulk of the events being less than magnitude-1. Most of the events have not been widely reported by residents. Reported felt events were described as weak shaking, with a maximum Intensity of III on the Modified Mercalli Intensity Scale.

On the evening of December 2, Kīlauea summit tiltmeters experienced a transient episode of deformation, recording a notable tilt signal (10–14 microradians) within a few hours. Tiltmeters have since returned to measuring tilt rates similar to recent months. Other monitoring data streams for Kīlauea, including gas and imagery, show no signs of increased activity.

Clustering of shallow earthquakes in this region is not unprecedented following the end of Kīlauea’s 2018 lower East Rift Zone eruption and does not mean an eruption is imminent. HVO has recorded shallow earthquakes in this area for many decades across several eruptive cycles at Kīlauea. The recent seismicity demonstrates that magma continues to be supplied to the Kīlauea shallow magma storage system. These observations are within the expected behavior of an active volcanic system.

As of the afternoon of December 3, seismic activity and ground deformation rates at Kīlauea’s summit have decreased and returned to near background levels. Other monitoring data streams remain stable.

During the month of November, sulfur dioxide emission rates were low at the summit, which means there is no significant shallowing of magma. Some amount of sulfur dioxide is being dissolved into shallow groundwater, and into the crater-lake at the bottom of Halemaʻumaʻu. As of December 1st, the lake was approximately 160 feet deep.