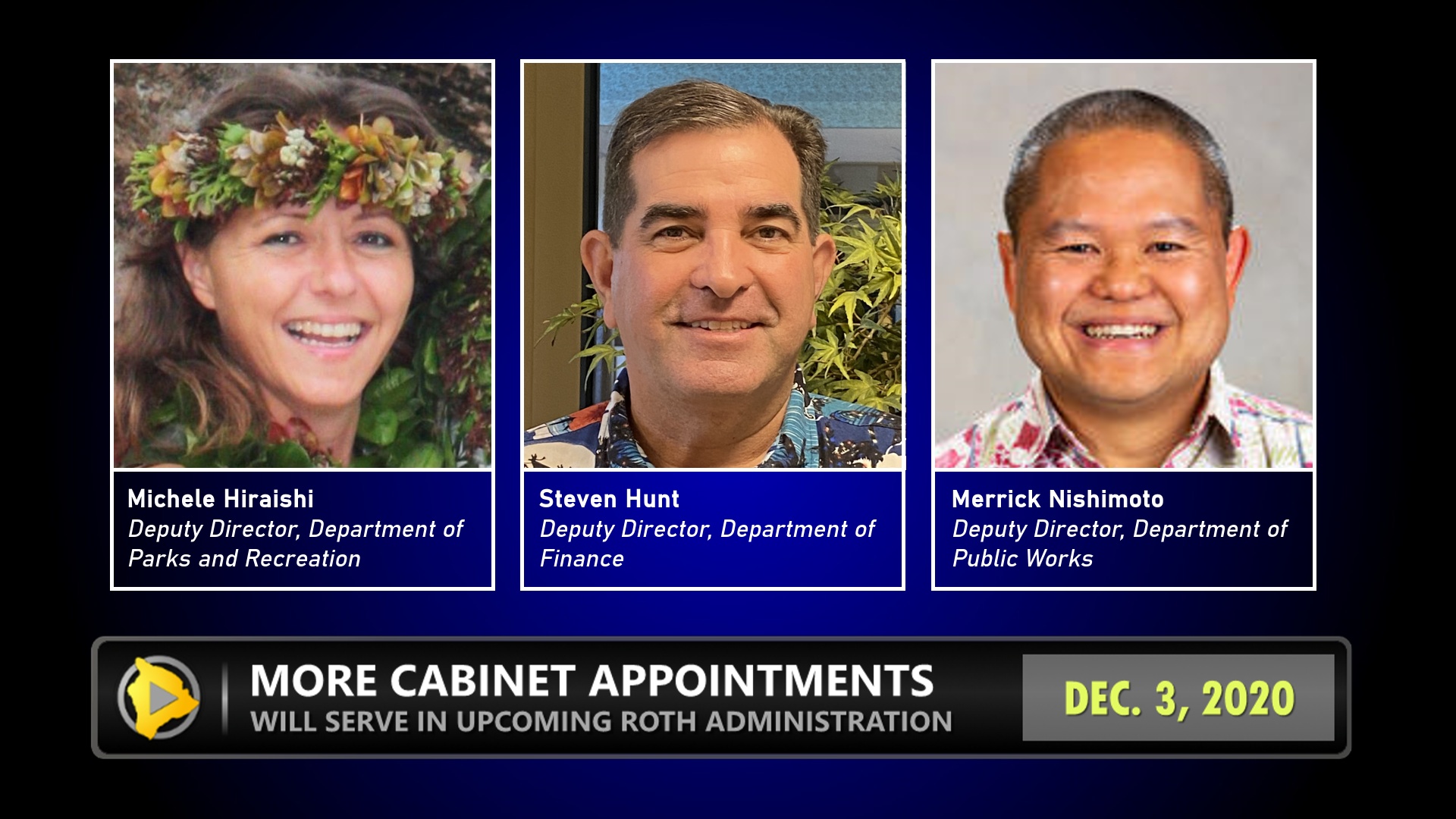 HAWAIʻI ISLAND - Doug Adams will serve as the head of the Hawaiʻi County Department of Research and Development, a Thursday news release reported.

(BIVN) – Hawaiʻi County Mayor-elect Mitch Roth on Thursday announced a third round of cabinet selections, including a Director of Research and Development, three department deputies, and various executive assistants.

From the Roth administration news release: 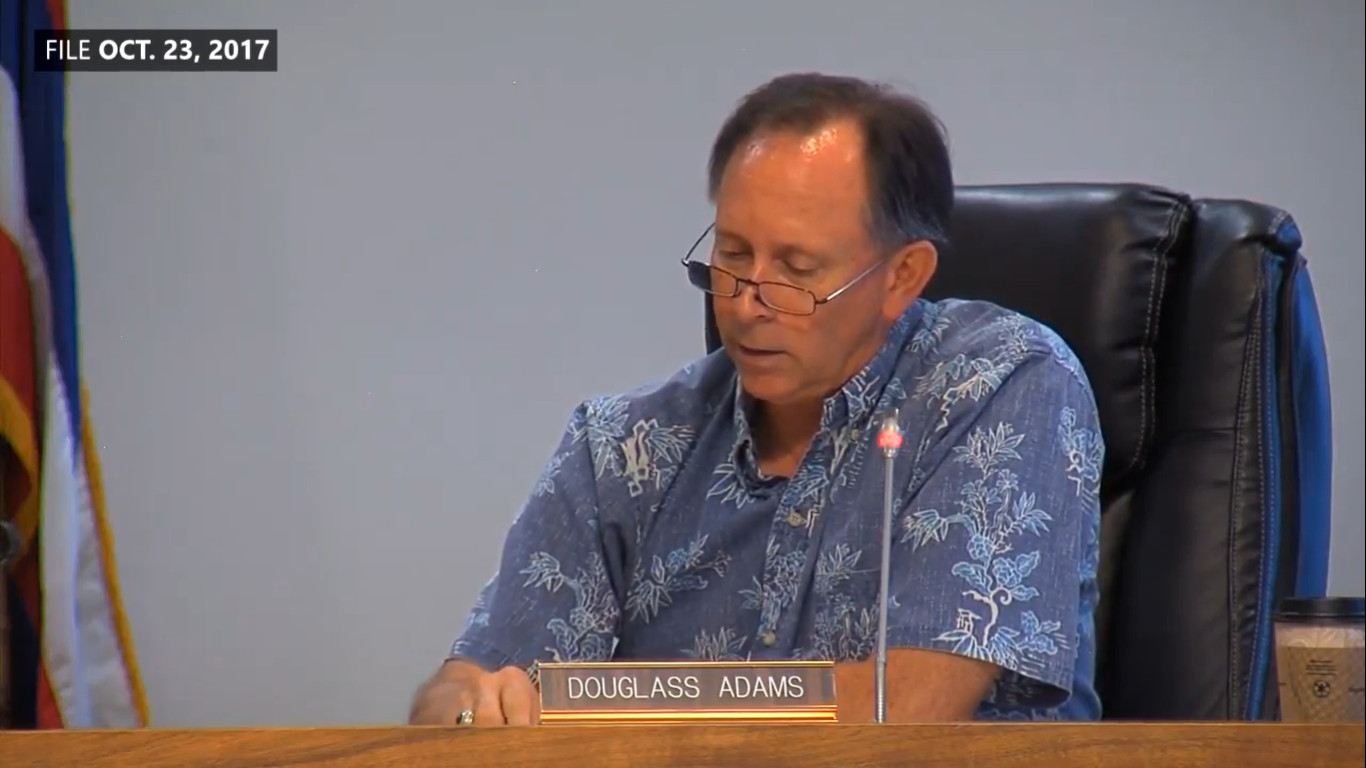 Doug Adams, a retired Lieutenant Colonel in the United States Army and current Vice-chairman and Director of W.H. Shipman, Ltd., a kamaʻaina company, has been tapped to head the County of Hawaiʻi’s Department of Research and Development. Doug is also an attorney licensed in Hawaiʻi and serves in various leadership capacities for public and nonprofit service organizations.

Three deputy directors were selected, to include Michele Hiraishi, Steven Hunt, and Merrick Nishimoto. From the Roth team:

Michele Hiraishi has been selected to serve as the Deputy Director for the Department of Parks and Recreation. Michele is currently the President and Chief Executive Officer of the Arc of Hilo and is a Retired U.S. Army Captain. Prior to her role with the Arc of Hilo, she served as the President and Chief Executive Officer for Hui Mālama Nā ʻŌiwi, an organization whose mission is to uplift the health of the Hawaiian nation.

Steven Hunt has been selected to serve as the Deputy Director of Finance. Steven previously served as the Real Property Tax Manager and, later, as the Director of Finance for the County of Kauaʻi. His resume also includes over a decade of private sector experience having worked as a real estate developer, private banker, and real estate appraiser. Hunt is a neighbor island transplant that recently moved his family to Waimea after residing on Kauaʻi for the past 44 years.

Merrick Nishimoto has been selected to serve as the Deputy Director of Public Works. Merrick currently serves as a Project Manager and Operations Manager for Hualalai Investment, LLC, where he focuses on a myriad of projects, including drinking water, brackish water and wastewater utilities. Prior, he served as the Deputy Director of Hawaiʻi County’s Department of Public Works where he was responsible for DPW’s lava emergency response and recovery efforts during the 2018 eruption. 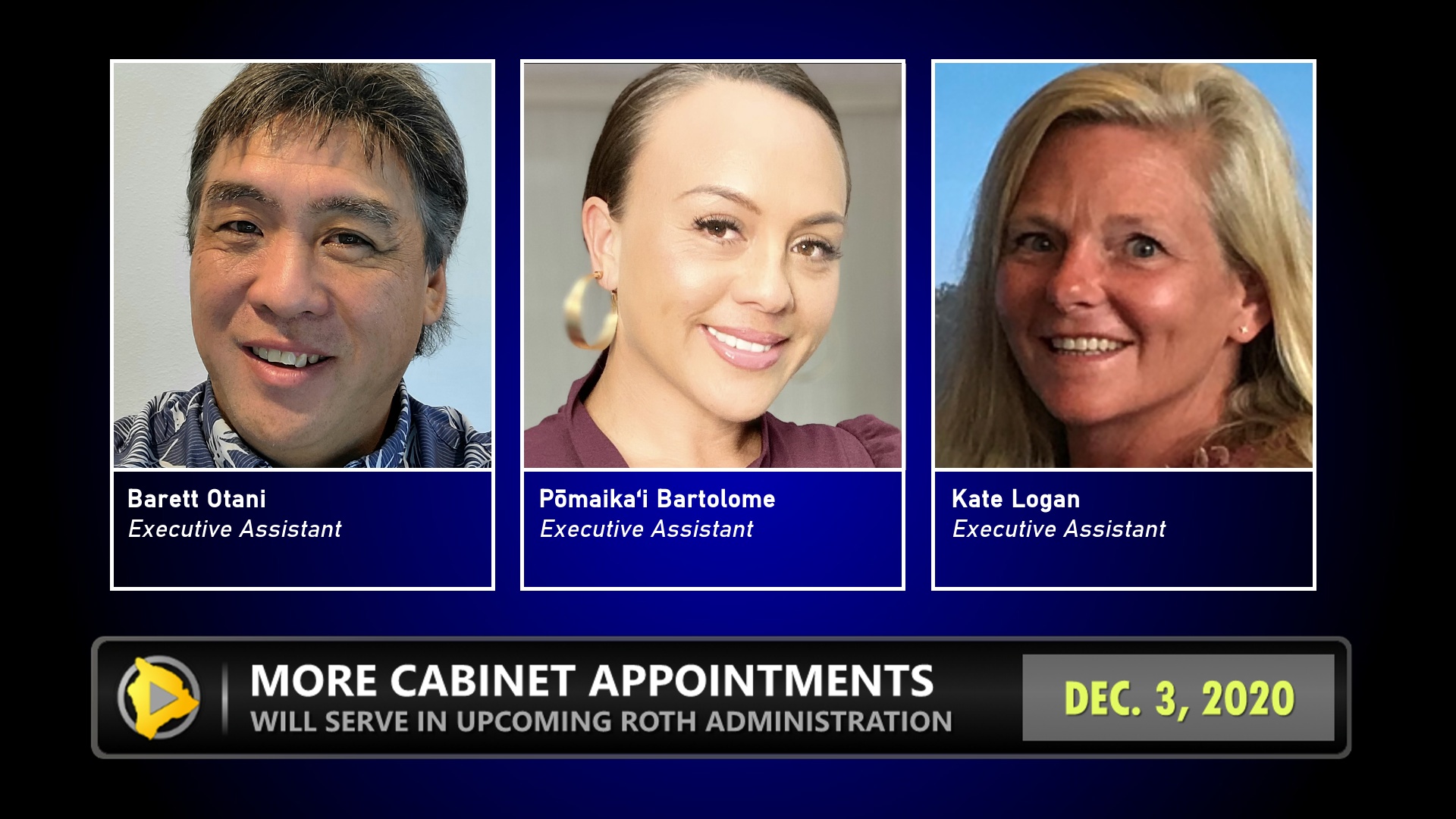 Barett Otani currently serves as an Executive Assistant under the Kim administration where he is responsible for overseeing the Mayor’s COVID-19 task force. Barett was also instrumental in strategic mitigation on Mauna Kea. Prior to his current role, he worked in the Department of Public Works as an Information and Education Specialist and has held various roles in Hawaiʻi’s public school system. He also has an extensive background in marketing and sales.

Pōmaikaʻi Bartolome is a long time radio personality and Promotions Director for New West Broadcasting in Hilo. Pōmai is also the owner of Dream Hawaiʻi Studio LLC, where she works with local youth to bolster their talents in performing arts and mentors them to accomplish their goals. She has also served in an array of clerical, administrative, and sales roles

Kate Logan is currently the Ambassador of Experience & Advancement at Hawaiʻi Tropical Botanical Garden, where she oversees strategic planning, communication, and partnerships. Kate has over 22 years of experience leading nonprofit organizations in addition to roles in the Real Estate sector as a property manager for various estates, locally and nationally. 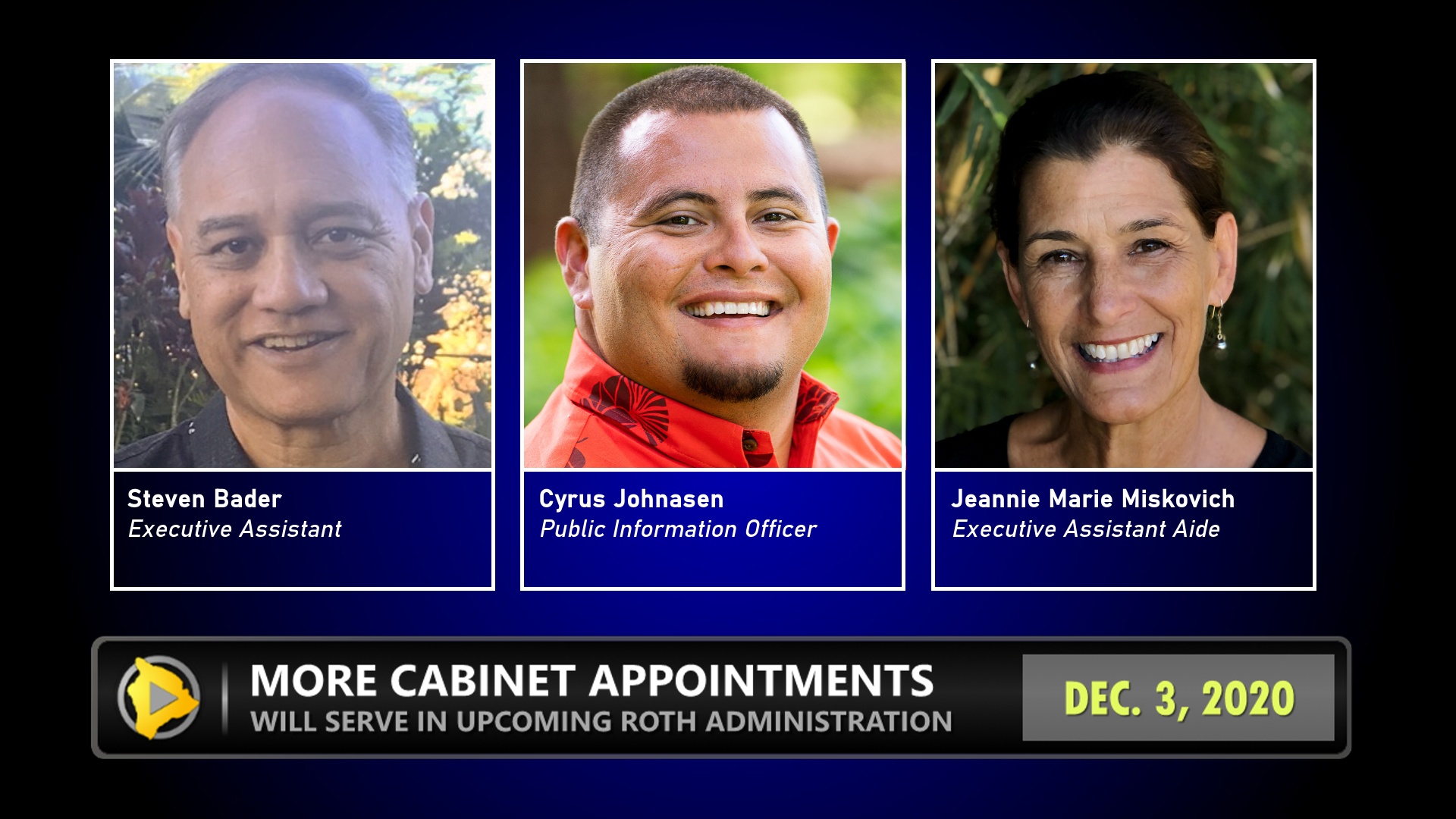 Steven Bader is the owner of Alikamele Productions LLC, where he provides production and performance promotion services for businesses and community organizations. Prior, Steve was a Special Assistant to Governor Ige, where he led communications and community engagement initiatives. He has held many executive leadership roles in community serving organizations and is on the board of directors for various local nonprofit organizations.

Cyrus Johnase has been selected to serve as the Public Information Officer for Hawaiʻi County and has worked in various roles at the county, state, and federal levels where he led strategic communications and community building efforts. Most recently, Cyrus worked for Kamehameha Schools where he focused on organizational advocacy strategies to address growing disparities in Hawaiʻi’s most underserved populations.

Jeannie Marie Miskovich will serve as the Executive Assistant Aide for the Roth Administration and will be joining him from her current role at the Office of the Prosecuting Attorney, where she is a Legal Assistant. Jeannie has also served in a variety of other roles in the prosecutor’s office. Prior to her career in public service, she served as a legal assistant in the private sector for various prominent Hawaiʻi Island attorneys.

“I am excited to continue to grow our team and I couldn’t be more confident in the diverse and extensive experience that each member will bring to Hawaiʻi County”, said Mayor-elect Roth, adding that “the selection of each candidate was preceded with extensive debate and discussion by our transition team, with the main objective being to find nominees who are able to faithfully support the platform that I articulated during the course of my campaign. It is without reasonable doubt that each one of these selections will work tirelessly to create a safe, healthy and sustainable Island of Hawaiʻi which offers dynamic economic opportunities to all.”