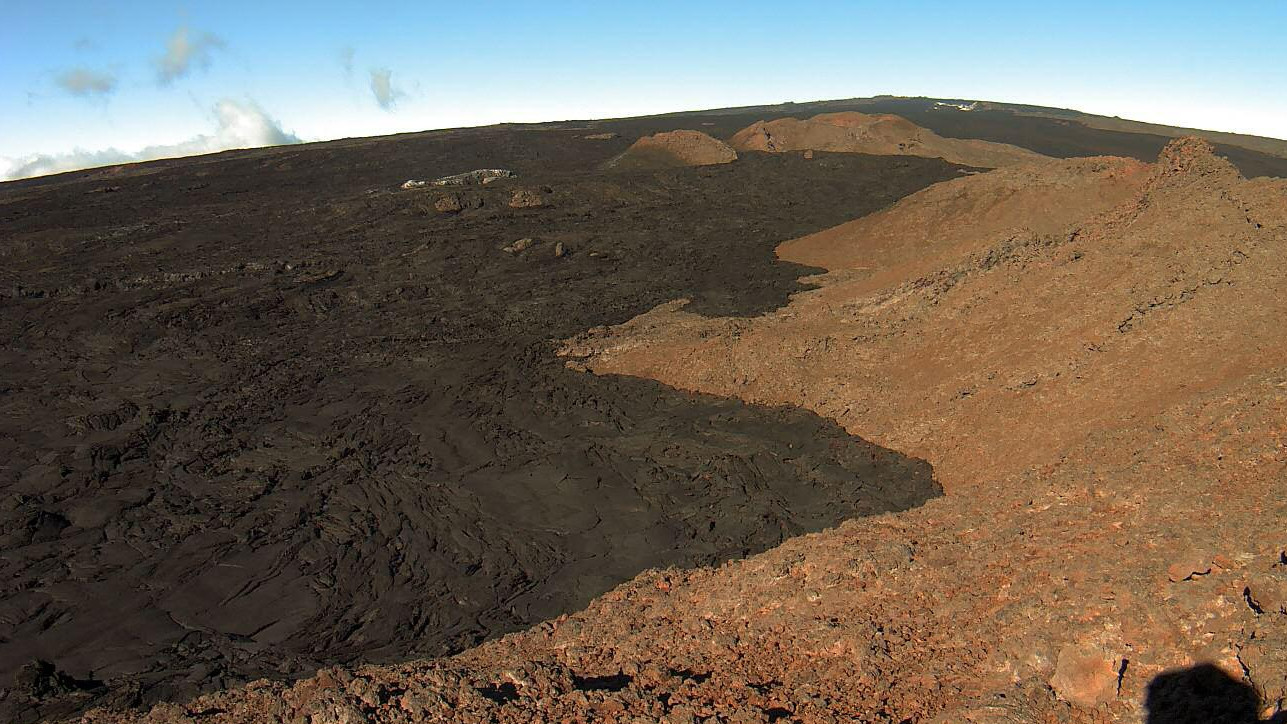 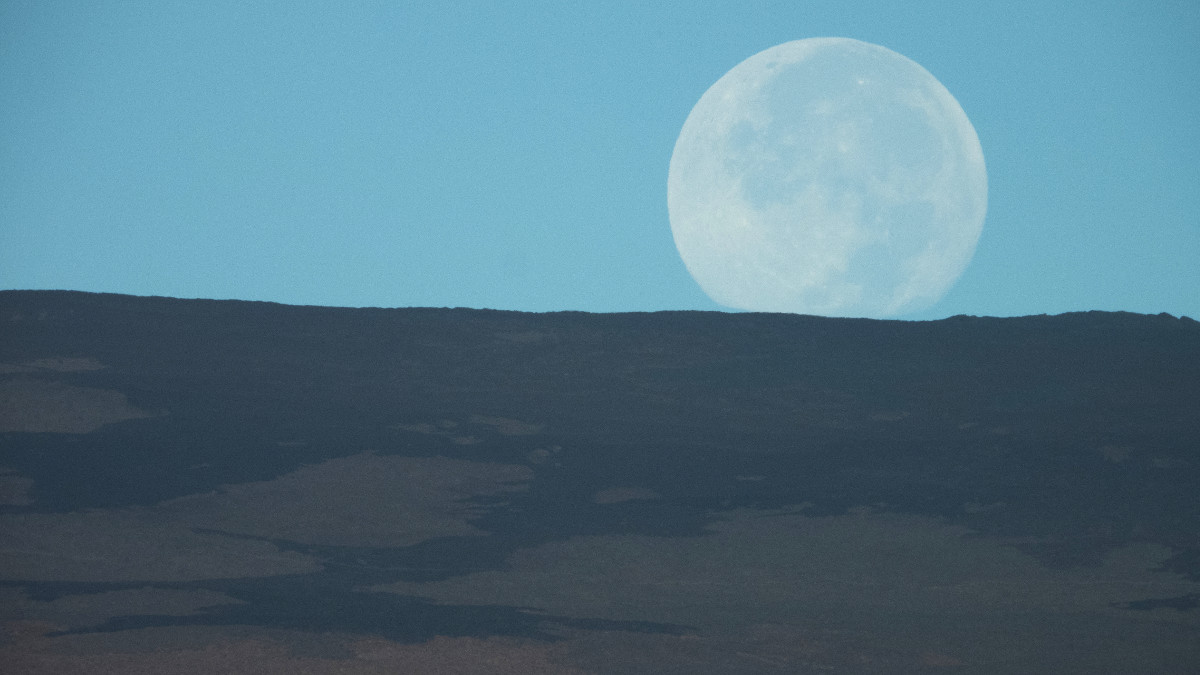 “This photo was taken from the west rim of Kīlauea caldera at dawn, and shows the moon setting over Mauna Loa’s broad Northeast Rift Zone.” USGS photo by M. Patrick.

(BIVN) – Mauna Loa is not erupting, however scientists noted an increase in earthquake activity on the volcano in its weekly activity update.

During the past week, seismometers recorded approximately 165 small-magnitude earthquakes at Mauna Loa, mostly beneath the volcano’s summit and upper flanks. From the USGS Hawaiian Volcano Observatory on December 10:

Earthquake activity increased on Mauna Loa’s northwest flank on December 4, 2020, including a magnitude-4.1 earthquake and clusters of small, shallow earthquakes occurring closely in time and location. Since December 4, HVO has recorded over 150 earthquakes in this region, at depths from 1–9 km (1–6 miles) below the surface, over an area of less than 4 km (2 miles) and extending 6 km (4 miles) north. The bulk of the seismicity has been below magnitude-2, and deeper than 4 km (2 miles) beneath the surface. Elevated seismicity in this region continues at the time of this report although events have occurred less frequently over the past 48 hours.

The scientists say clustering of shallow earthquakes in this region is not unprecedented. “Previous earthquake swarms at this location and depth occurred in October 2018, April 2017, July 2016, August 2015, and earlier,” the USGS HVO wrote.

USGS HVO says Global Positioning System measurements continue to show “slow, long-term summit inflation, consistent with magma supply to the volcano’s shallow storage system,” and gas concentrations and fumarole temperatures at both the summit and Sulphur Cone on the Southwest Rift Zone remain stable. Webcam views have revealed no changes to the landscape over the past week.

Mauna Loa has erupted 33 times since 1843, with intervals between eruptions ranging from months to decades. Mauna Loa last erupted 35 years ago, in 1984.