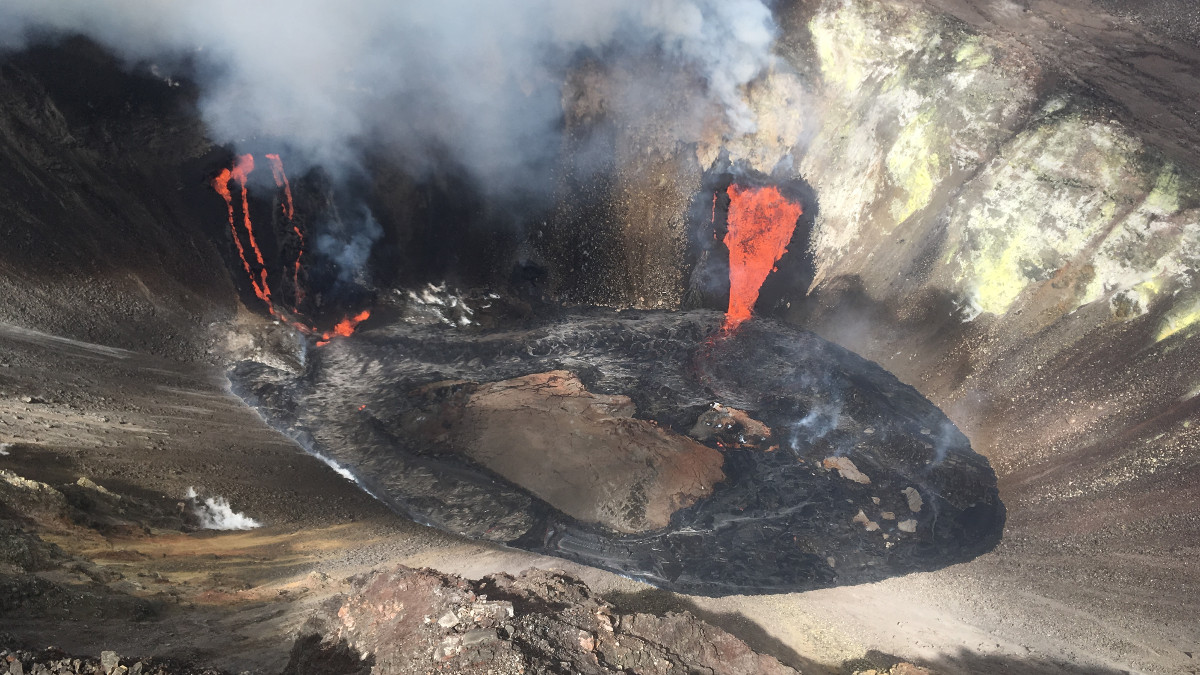 HAWAIʻI VOLCANOES NATIONAL PARK - The eruption that began Sunday evening at the summit of Kīlauea volcano continues, with a growing lava lake. 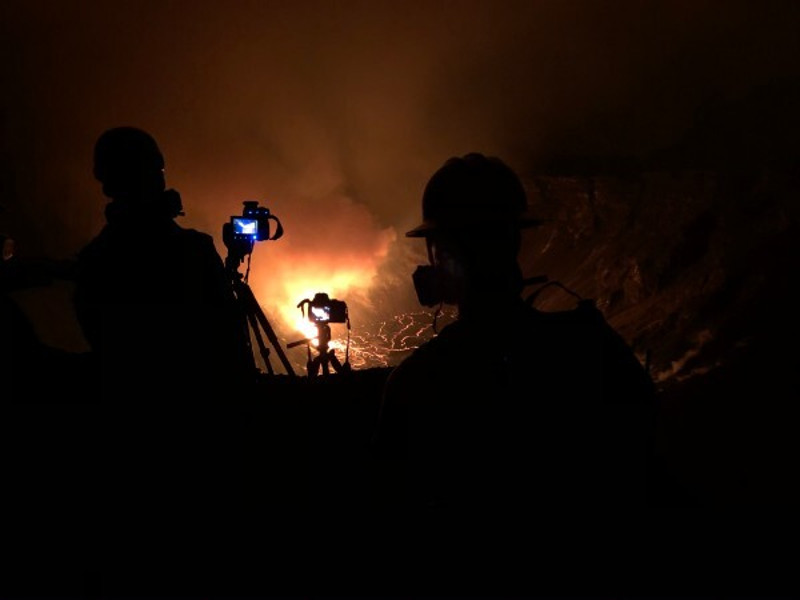 (BIVN) – The new eruption continues at the summit of Kīlauea, and the new lava lake continues to deepen.

As of Tuesday morning, the lake surface is was 1,598 feet below the crater rim observation site, where scientists have been monitoring the progression of the eruption since it Sunday evening. The USGS Hawaiian Volcano Observatory estimates the lake has filled 440 ft. of the bottom of Halema‘uma‘u crater. “This is more than double the depth of the water lake that was in the crater until the evening of Dec. 20 when it was vaporized,” the scientists reported. 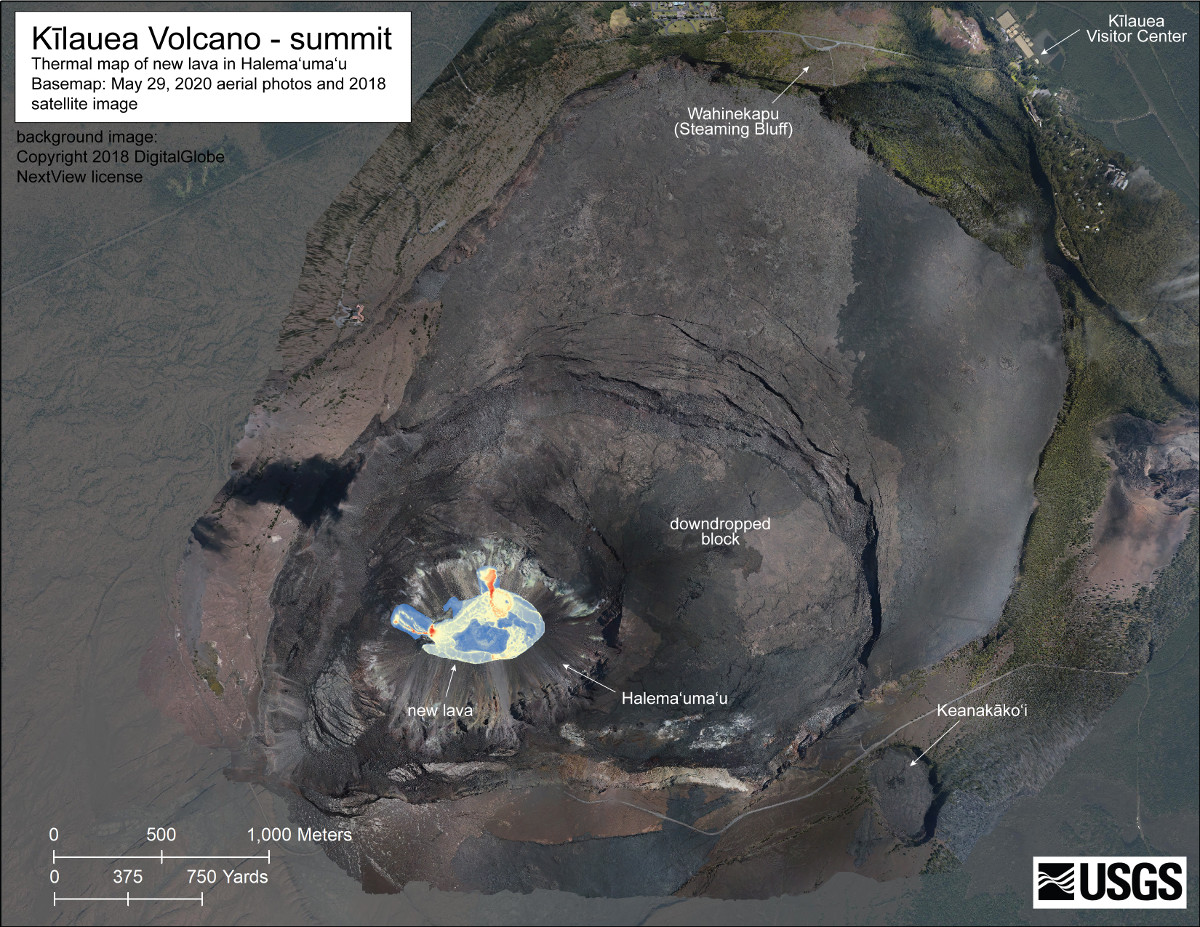 A helicopter overflight on Monday helped scientists produce a new thermal map showing the location of the new lava lake within Halemaʻumaʻu.