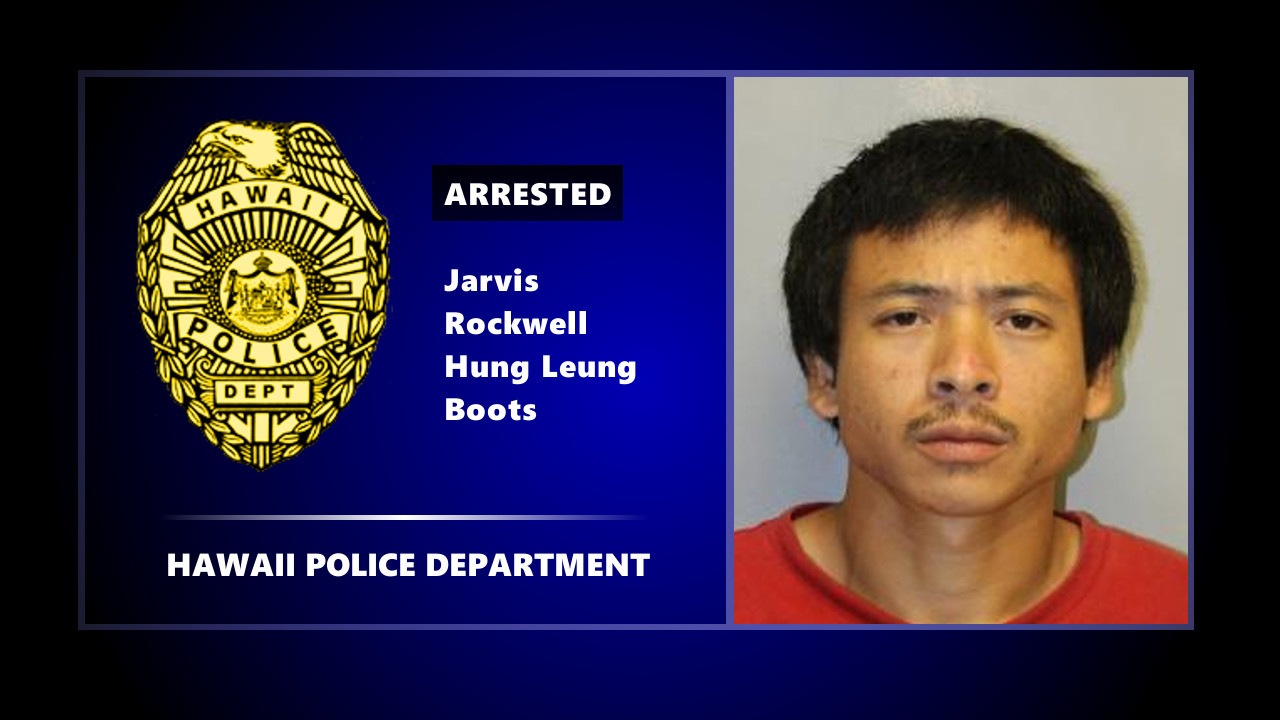 HAWAIʻI ISLAND - Police have the suspect in the shooting death of a father of three in the Puainako Town Center on Friday morning, and the shooting of another man at Pāpaʻikou Transfer Station.

(BIVN) – 30-year-old Jarvis Rockwell Hung Leung Boots of Mountain View has been arrested and charged with murder, attempted murder, and an array of firearm and weapons offenses, related to two separate incidents this month in Hilo and Pāpa‘ikou.

An autopsy concluded that Davidson died from multiple gunshot wounds to the head and upper body. The manner of death was determined to be homicide.

Police say that shortly after 1 p.m. on December 2, a man was shot multiple times near the area of the Pāpa‘ikou Transfer Station. “Police contacted two victims who reported being shot at by a male suspect who left the area in a vehicle prior to police arrival,” a police release reports. “One of the victims, a 24-year-old male had multiple gunshot wounds. He was transported by ambulance to the Hilo Medical Center Emergency Room with life-threatening injuries. He later underwent surgery and is now recovering. The second victim, a 50-year-old male, reported hearing the initial gunshots and went to render aid to the man that was shot. He was then threatened and shot at by the suspect, but was not injured.”

“Although both of these cases appear random, detectives have identified an indirect link to both shootings and upon conferring with prosecutors, filed an additional attempted first-degree murder charge based on the events, and that meets the elements of the offense,” police stated in a Monday news release.

The release describes the Saturday evening arrest of Boots:

Following a two-day island-wide manhunt, Boots was arrested on Saturday evening, December 19, shortly before 5:30 p.m. His vehicle was recovered as evidence and towed to the Hilo Police Station.

After conferring with county prosecutors, at 11:00 a.m. today, December 21, 2020, detectives charged Boots with the following offenses:

Police ask anyone who may have information on the December 2 incident in Pāpa‘ikou, or the Friday morning incident at the Puainako Town Center to call the police department’s non-emergency line at (808) 935-3311 or Detective John Balberde at (808) 961-2386 or john.balberde@hawaiicounty.gov.