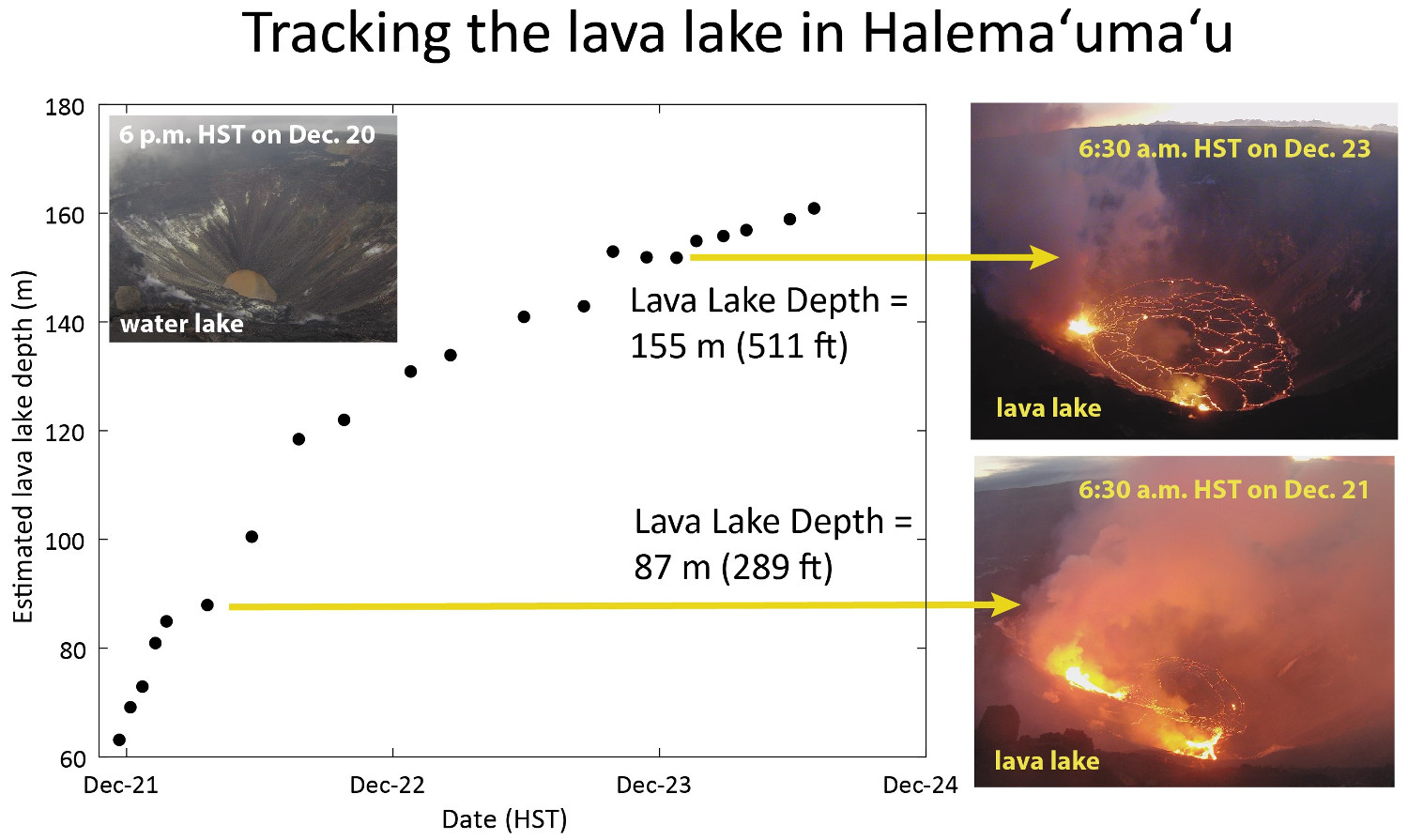 HAWAIʻI VOLCANOES NATIONAL PARK - Scientists are charting the rise of the new lava lake at Halemaʻumaʻu, and a new plot has been posted to the HVO website. 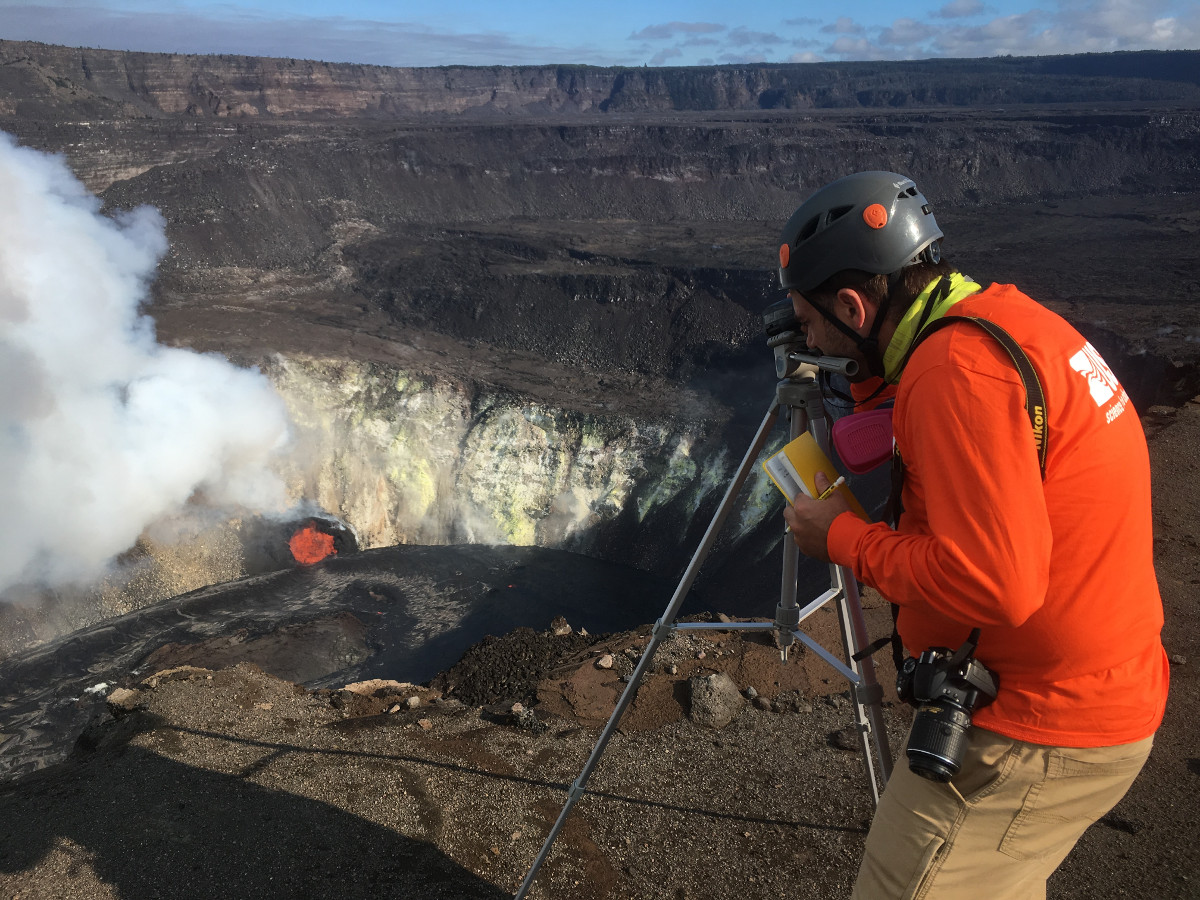 (BIVN) – As of Thursday morning, the new eruption at the summit of Kīlauea continues. The western and northern vents in Halemaʻumaʻu crater remain active and the lava lake continues to deepen and circulate, scientists report.

The USGS Hawaiian Volcano Observatory has produced a new depth plot  that is updated each time field crews make a measurement.

USGS: Graph showing the depth of the Halema‘uma‘u crater lava lake at Kīlauea Volcano’s summit. Measurements began one day after the start of the eruption on December 20, 2020 and are updated by geologists making observations from the field.

Activity Summary: No significant change. Lava activity is confined to Halemaʻumaʻu from two vents on the north and northwest sides of the crater. As of 7 this morning, the growing crater lake was 169 m (554 ft) deep. High SO2 emissions continued.

Halemaʻumaʻu lava lake observations: Two vents continued erupting on the north and northwest walls of Halemaʻumaʻu. The west vent, which is located on the lowest down-dropped block within Halemaʻumaʻu crater, was intermittently active. The north vent remains the most vigorous.

An island of cooler, solidified lava within the lava lake has been getting smaller and drifting eastward in the lake. It appears to be about 150 m in diameter and has slowed its eastward movement as it approached the north vent this morning.

Webcam views of the lava lake can be found here.