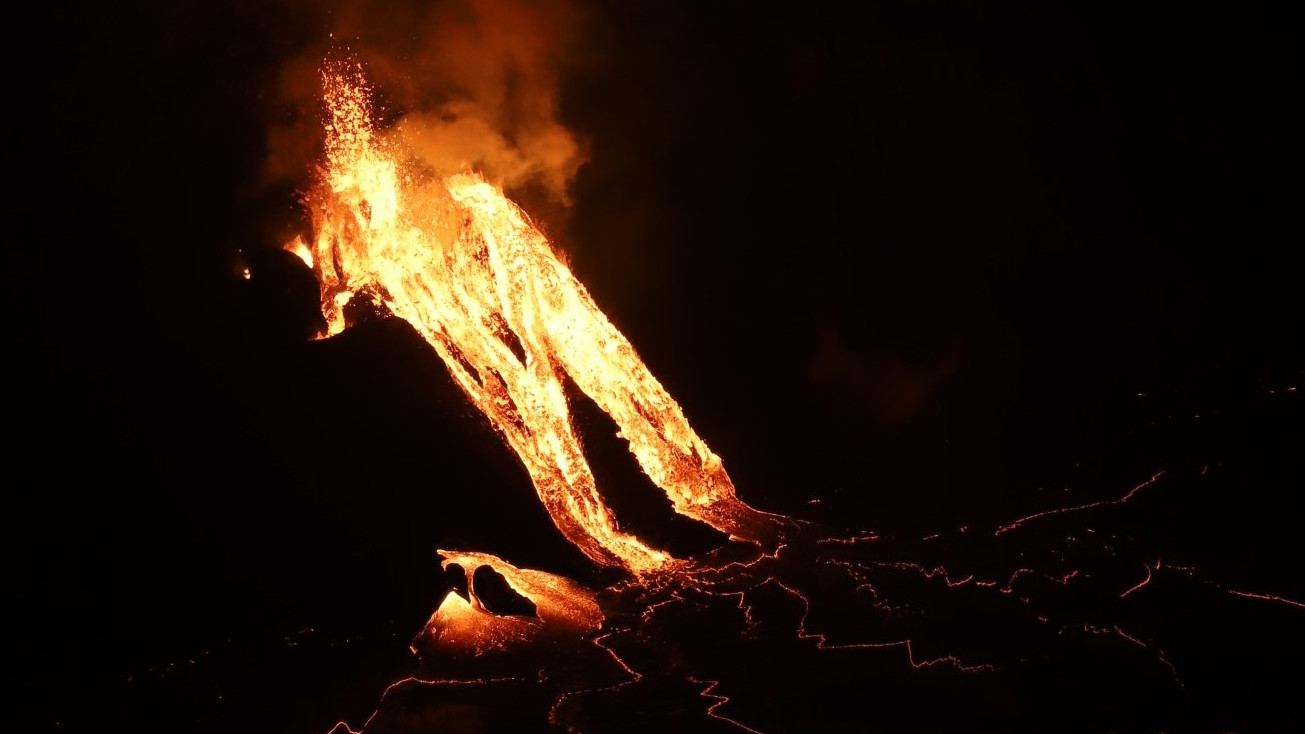 HAWAIʻI VOLCANOES NATIONAL PARK - Scientists this morning observed that the west vent in the wall of Halema‘uma‘u rejuvenated, as the north vent was drowned by the rising lava lake. 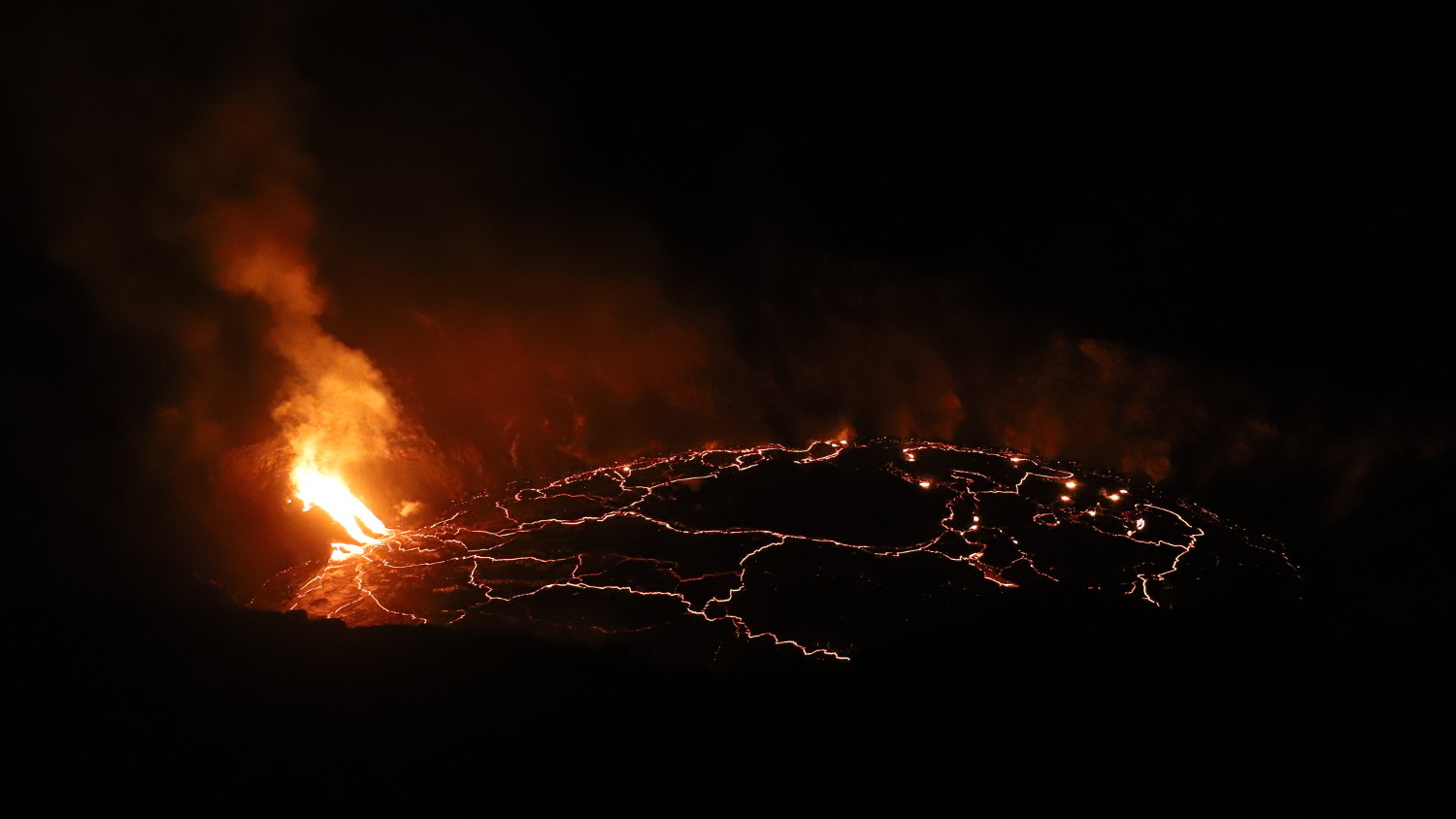 (BIVN) – The new eruption at the summit of Kilauea within Halema‘uma‘u crater continues.

The USGS Hawaiian Volcano Observatory field team keeping watch on the activity overnight noted that at approximately 2:40 a.m. on Saturday morning, December 26, “activity at west vent in the wall of Halema‘uma‘u rejuvenated: the west vent has became more active than the northern vent.”

The scientists explain that since the start of the eruption on the evening of December 20, the northern vent has been the dominant lava fissure, and has been erupting more vigorously than the weaker western vent.

However, over the past two days, the northern vent has slowly been drowned by the rising lava lake, which at 3:30 a.m. this morning was measured at 583 feet deep.

Now, the west vent is erupting more vigorously, where lava fountains of at least 32 feet high have been measured early this morning.

Activity Summary: Lava activity is confined to Halemaʻumaʻu from two vents on the north and northwest sides of the crater. As of 2 pm yesterday, the crater lake was still 176 m (577 ft) deep and the lake level appeared to be 2 m (6 ft) lower leaving a narrow black ledge around the north edge. Early this morning, the west vent reactivated while the north vent quieted and started to drain the lake. Reduced SO2 emissions were measured last night.

Summit Observations: Preliminary analysis of sulfur dioxide emission rates measured last night suggest that the rates have dropped to 16,000-20,000 tonnes/day. Summit tiltmeters continued to record slowing deflationary tilt until just before 3 am this morning (Dec. 26) when it switched to inflationary tilt. Seismicity remained elevated but stable, with a few minor earthquakes and tremor fluctuations related to the vigor of fissure fountaining.

Halemaʻumaʻu lava lake observations: The north vent continued erupting lava into a lake within Halemaʻumaʻu crater. The west vent was incandescent until about 2:40 am this morning (nearly coincident with the switch from deflationary to inflationary summit tilt) when it became vigorously active with up to 3 narrow lava streams into the lake . After 3 am the north vent quieted and started to slowly drain lava from the lake.

The lava lake within Halemaʻumaʻu crater remained about 176 m (577 ft) deep and about 415 m (1,360 ft) below the Halemaʻumaʻu rim as of yesterday afternoon (Dec. 25th). The lava lake volume remained about 21 million cubic meters (27 million cubic yards or 4.8 billion gallons). USGS field crews are currently making measurements to confirm whether the lake surface continues to drop.

An island of cooler, solidified lava floating in the lava lake, which has been drifting slowly northeastward in the lake, has apparently grounded itself near the north vent. It is still about 260 m (850 ft) in length and 115 m (375 ft) in width based on the Dec. 23rd thermal map. At about 6 a.m. this morning (Dec. 26), the island started to slowly drift to the southeast.

Webcam views of the lava lake can be found here.