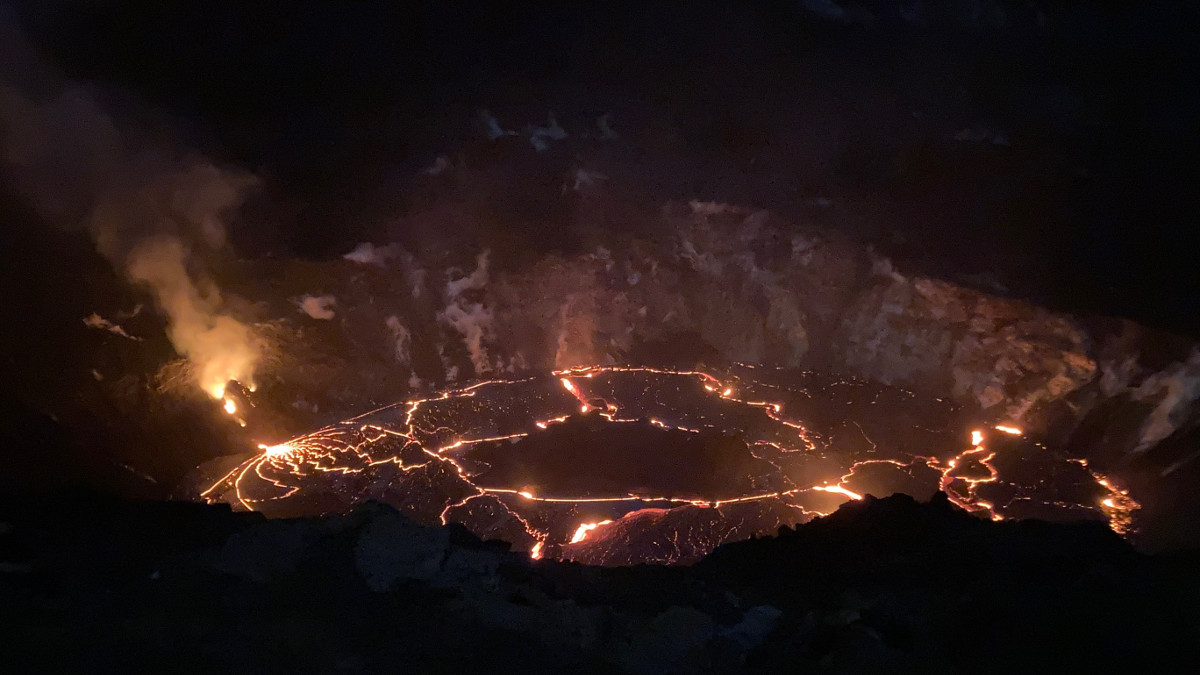 At about 3:45 a.m. HST on Wednesday, Hawaiian Volcano Observatory field crews measured the lava lake as 181 m (593 ft) deep with a narrow black ledge around it. This photo, taken at around 2 a.m. HST December 30, shows that lava continues to flow from the west vents into the lava lake. USGS photo by H. Dietterich.

HAWAIʻI VOLCANOES NATIONAL PARK - Eruption activity is steady at the western vent within Halemaʻmaʻu, with occasional Strombolian bursts. Lake depth as of 2:57 a.m. this morning is 608 feet. 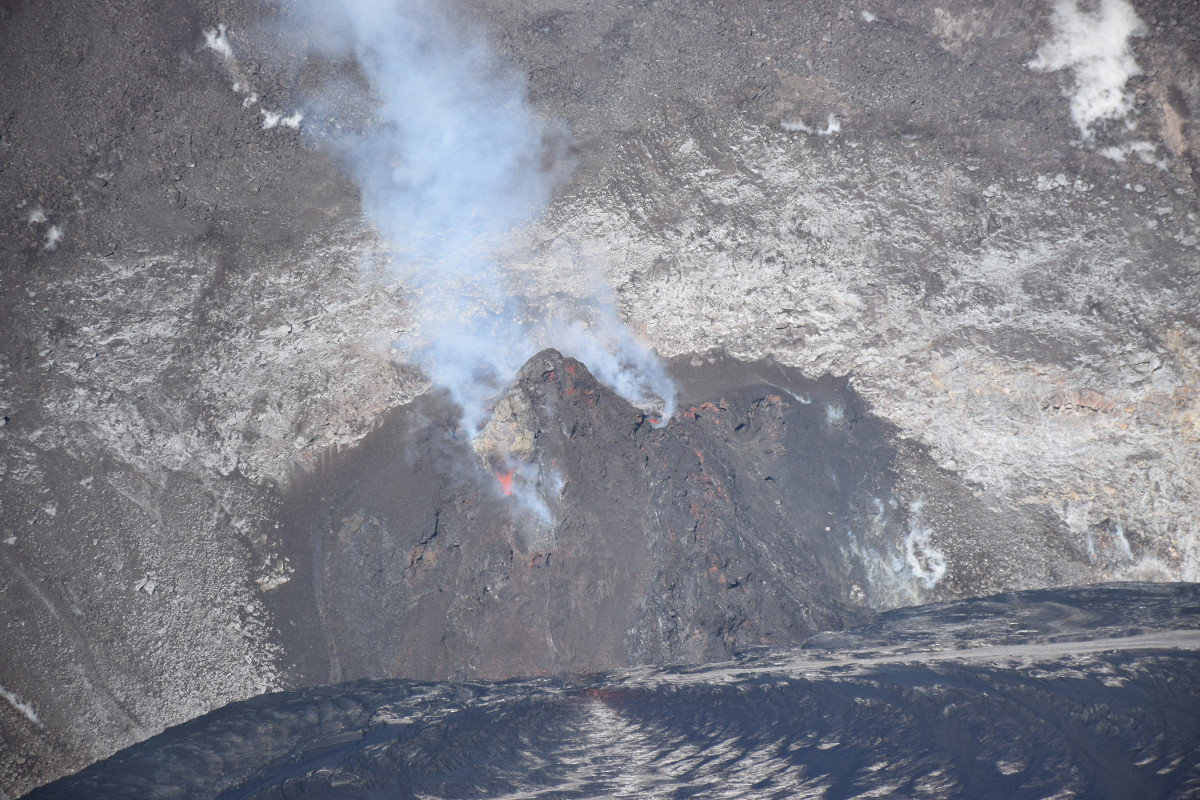 A telephoto view of the west vent taken during Wednesday’s overflight of Kīlauea Volcano’s summit, at about 10:00 a.m. HST. The west vent in Halema‘uma‘u crater was active, with two vents visibly glowing on either side of the spatter cone. The crusted over channel feeds lava into the lake from the western-most vent (left). USGS photo by L. DeSmither.

(BIVN) – The eruption of Kīlauea volcano continues at the summit within Halemaʻumaʻu crater. The USGS Hawaiian Volcano Observatory issued this update on Thursday:

Activity Summary: Lava activity is confined to Halemaʻumaʻu with lava erupting from vents on the northwest side of the crater. Over the past 24 hours, the lava lake depth measurements have ranged from 181 m to 185 m (593 to 608 ft) deep with a narrow black ledge around it. Reduced, but still elevated, SO2 emissions were measured Monday (Dec. 30).

Summit Observations: Preliminary analysis of sulfur dioxide emission rates measured Wednesday (Dec. 30) show that the rates are about 3,800 tonnes/day– about the same as on the 28th and slightly lower than the Dec. 27 rate of 5,500 t/d, but still elevated; all three of the most recent emission rates were in the range of values common for the pre-2018 lava lake. Summit tiltmeters recorded neither inflationary nor deflationary tilt over the past two days. Seismicity remained elevated but stable, with steady elevated tremor and a few minor earthquakes.

Over the past day, the main island of cooler, solidified lava floating in the lava lake continued to drift slowly to the west while the other 10 or so small islands stayed put around the east end of the lake. The main island measured about 250 m (820 ft) in length, 135 m (440 ft) in width, and about 3 ha (7 acres) in area based on the Dec. 30 thermal map. Measurements yesterday evening (Dec. 30) show that the island surface was about 6-8 m (20-26 ft) above the lake surface.

Vog information can be found here.