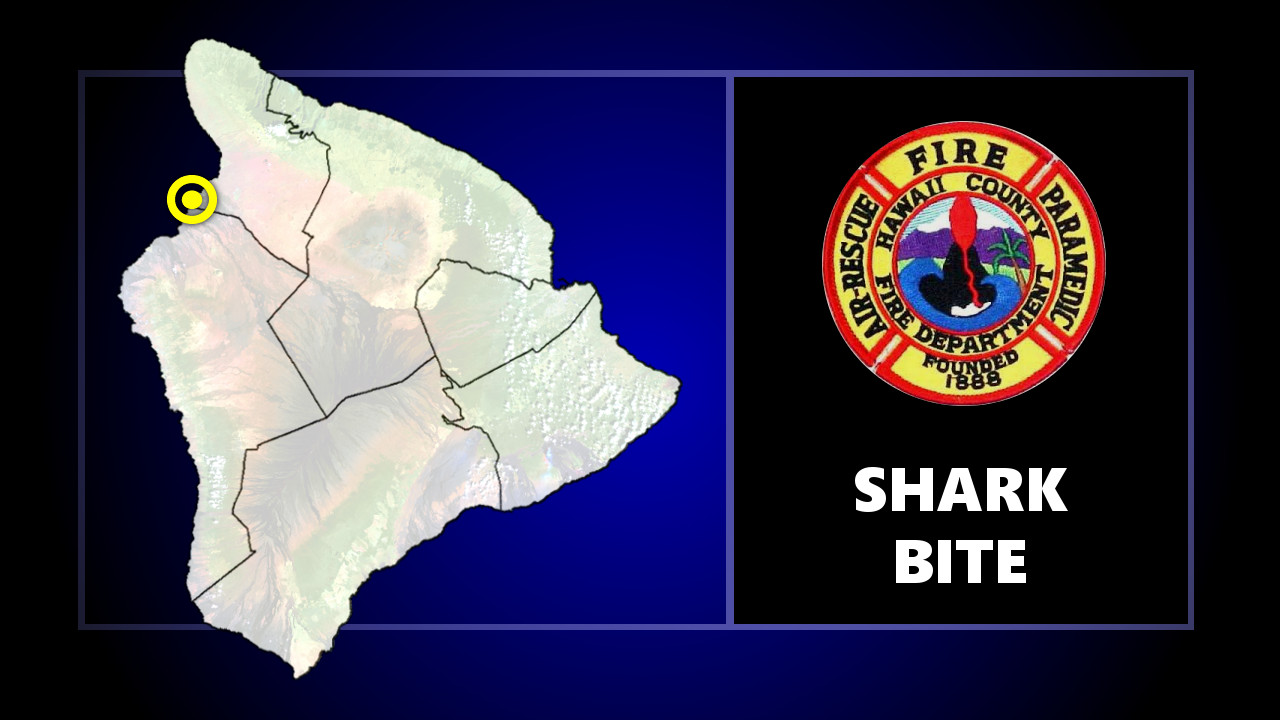 Woman Taken To Hospital After Shark Bite Off Anaehoʻomalu

ANAEHOʻOMALU, Hawaiʻi - The fire department says the 68 year-old female was swimming approx. 500 yards offshore when an "unknown size or type of shark" bit her.

(BIVN) – A woman sustained “serious injuries” to her leg following an apparent shark bite off Anaehoʻomalu Bay along the South Kohala coast of Hawaiʻi island on Saturday morning.

The Hawaiʻi County Fire Department says it was alerted to the incident just after 8 a.m. this morning.

The fire department says the 68 year-old female was swimming approximately 500 yards offshore of Anaehoʻomalu Bay when an “unknown size or type of shark” bit her.

The woman was assisted back to shore by good Samaritans, where they were met by fire department personnel. “Patient was treated and transported to the hospital with serious injuries to her lower right leg,” the fire department reported.

UPDATE – (12:45 pm.) – From the Hawaiʻi Department of Land and Natural Resources, which noted that the woman was reported to be in her 70’s:

The DLNR Division of Conservation and Resources Enforcement (DOCARE), in conjunction with Hawai‘i County authorities have placed shark warning signs, one-mile, on either side of Anaeho‘omalu Bay on the Kohala Coast at Waikōloa, after the woman was injured around 8 this morning.

The captain of an ocean sports vessel reported the incident, after hearing calls for help coming from near a channel marker, an estimated 600-feet offshore. A tender from the Spirit of Aloha tour vessel was used to take the woman to shore, where she was transported to North Hawai‘i Community Hospital in Waimea. DLNR does not release names or medical conditions of victims.

A Hawai‘i Fire Department (HFD) helicopter flew over the area and its crew did not spot any shark activity. In keeping with standard protocols, shark warning signs will remain in place until noon on Sunday, after HFD does another surveillance flight.