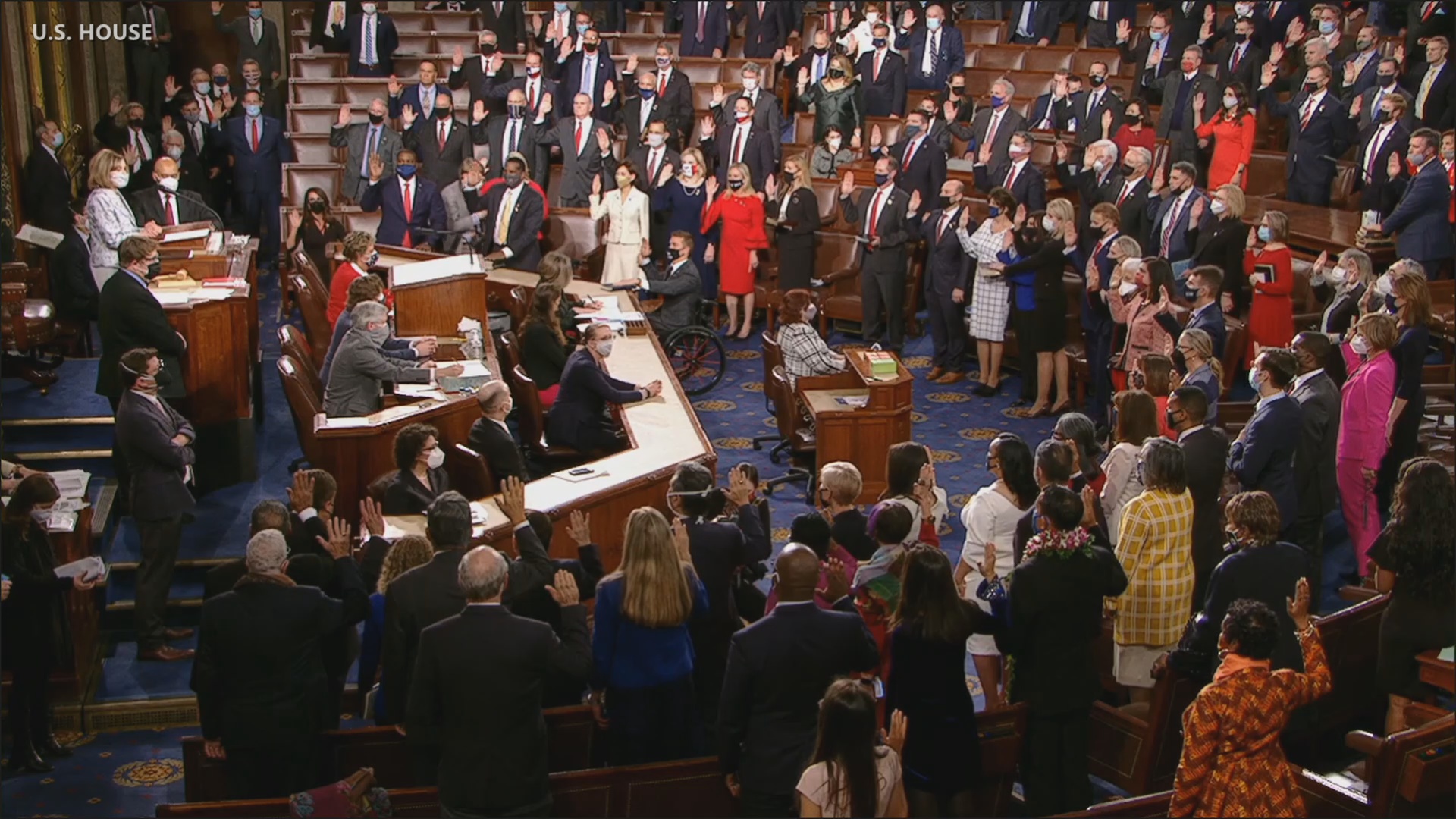 WASHINGTON D.C. - The re-elected Speaker of the House, Nancy Pelosi, administered the oath of office to the Hilo native on Sunday.

U.S. Representative Kai Kahele is the second Native Hawaiian since statehood to be elected to Congress. The first was the late U.S. Senator Daniel K. Akaka. Kahele was seen in a photo posted to social media with the bible of Senator Akaka in his hand as he entered the floor of the House.

Kahele’s voice was also heard during the vote to elect the House Speaker, which he cast for fellow Democrat Nancy Pelosi in ʻōlelo Hawaiʻi. Speaker Pelosi was re-elected by a slim margin.

After taking the oath of office, Kahele issued this statement:

“I am deeply honored and humbled to have the privilege to represent Hawaiʻi’s Second Congressional District in the U.S. House of Representatives,” said Kahele. “I am grateful to the people of Hawaiʻi for trusting me to be your voice in Washington. It has been a long road to get here, and many of you have been with us from the beginning. Thank you for standing by me and going the distance. For those of you whom I don’t know yet, I hope to gain your trust and confidence. As your representative, I will work across the aisle when possible, and I will fight for our kupuna and our keiki to ensure a better Hawaiʻi for all.

“My staff and I have been working diligently to implement new opportunities for constituents to engage with our office. Congressional field representatives will be positioned on the islands of Hawai‘i, Molokaʻi, Lanaʻi, Maui, Oʻahu and Kauaʻi.

“In Washington, I will practice the important values we hold dear, including integrity, honor, cooperation and aloha in all I do. I am ready to get to work to bring much needed federal resources to Hawaiʻi and will hit the ground running.

“I also want to thank Congressman Ed Case and his staff who have worked closely with me to prepare for my time in Washington. I look forward to working with him to help move Hawaiʻi forward in the years ahead.”

It was also a big moment for Kahele’s hometown of Hilo, where the new Comgressman first announced his intention to run for the office back in January 2019. The Congressman’s flagship district office will be located in Hilo, the first time the office will be based on an island other than Oʻahu.